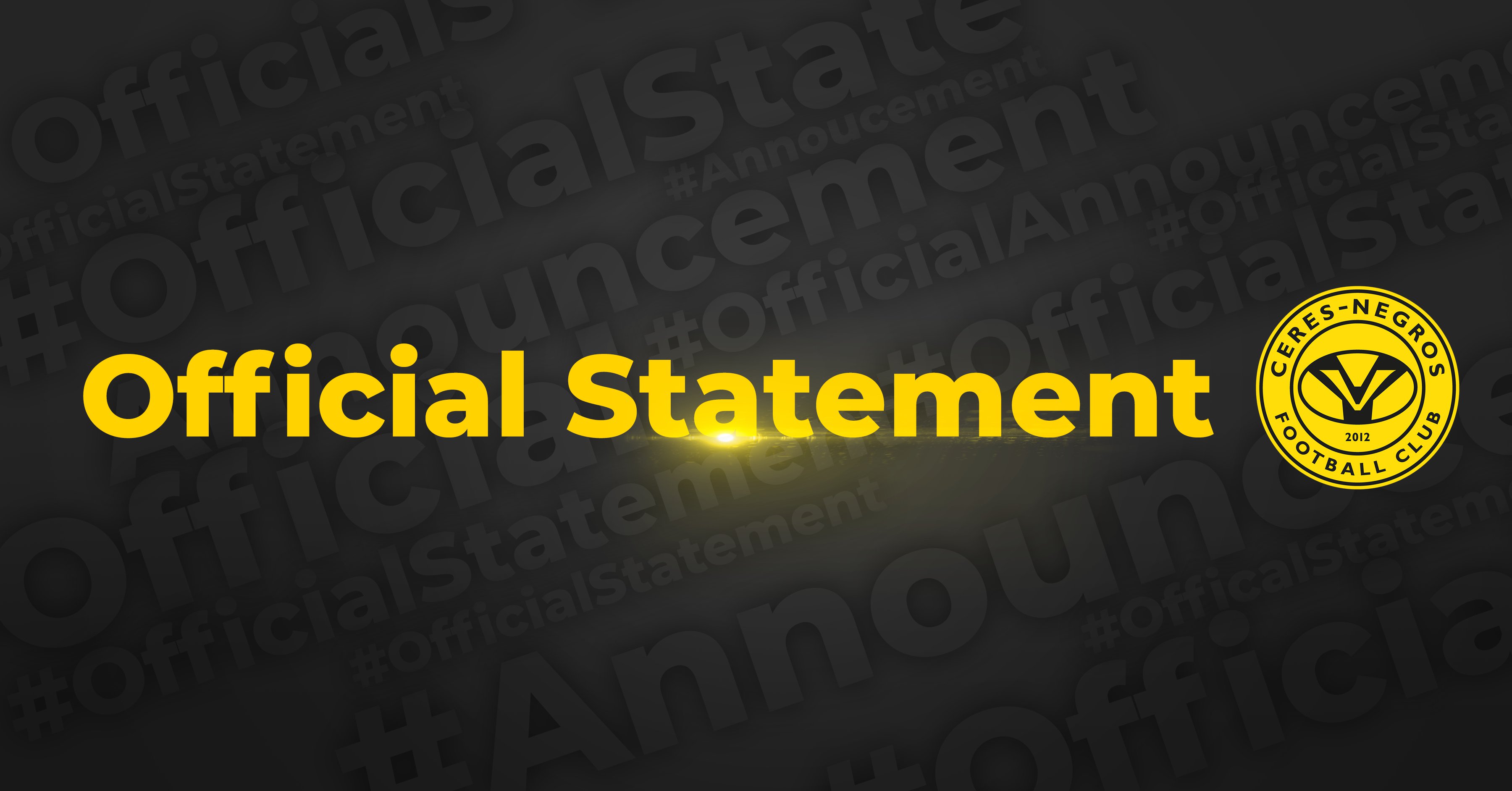 Ceres-Negros Football Club is currently in talks with investors who will be taking over the management and ownership of the club in preparation for the fourth season of the Philippines Football League as well as the resumption of the campaign in the AFC Cup.

As soon as the takeover is completed, the club will no longer be known as Ceres-Negros since our current chairman Leo Rey Yanson will not be involved in any way in the affairs of the club.

This is one of the toughest decisions made by Mr. Yanson, whose passion for football was reflected at the way he poured his personal resources and steered the club to unprecedented heights since it was formed eight years ago.

Through Ceres-Negros FC, Mr. Yanson was able to share his love for the game to his countrymen. While the pandemic has struck hard on businesses all over the world, Ceres has made its best efforts to compensate its players and staff.

We will be announcing the new name, new owners and management of the club soon.

Ace Bright, the general manager of the club, will be the point person with regards to the planned takeover as well as the transition to the new management and owners of the club.

Thank you so much for your love and support to the club. Please continue supporting Philippine football.