A celebration for one 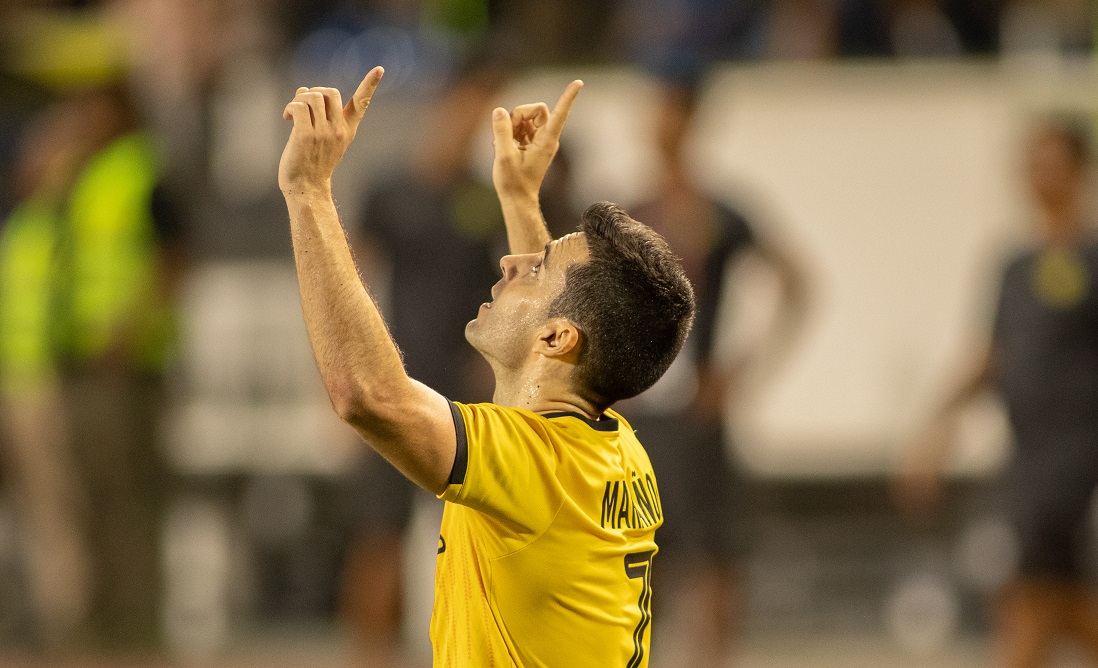 Just like clockwork, Bienvenido Marañon goes down on his knees, makes the sign of the cross, looks up, and points to the sky after every goal. A common sight to the adoring fans but the celebration means so much more for the Ceres-Negros striker.

“I decided to celebrate like that when my father died,” said Marañon whose father Francisco succumbed to cancer in 2016. “He died when I started playing here in the Philippines and it’s like my dedication to him every time that I scored.”

Francisco was a true Padre de Pamilia to his wife Guadalupe and four kids. Having three consecutive children meant that Francisco had to work two jobs to provide for his fast growing family

“My Father did everything, especially to give us food, because we were four children and that was very difficult for him because we didn’t have enough money. He was working very very hard to give us everything,” added Bienve who was the third of four Marañon boys.

Having a big family also meant that he would have less time with kids like Bienvenido who worked his way up to Spain’s second tier with Cadiz CF. Despite the situation, the elder Marañon focused on imparting the best life lessons that he could give to his children.

“He never went to watch me play football because because of work but he helped me a lot as a person,” said the Ceres-Negros veteran.  “My father taught me about values, what I have to do, and he showed to me about everything about life.”

“When he died, I promised him that I will make a big effort and to try to improve in playing here so that I can get a bit more money to help the family. I did this successfully and it was good,” he added.

With the the global pandemic putting football to a pause, it will take some time before Marañon returns to his scoring ways. But what’s for certain is that when it comes, he will celebrate, and someone up there will be proud.