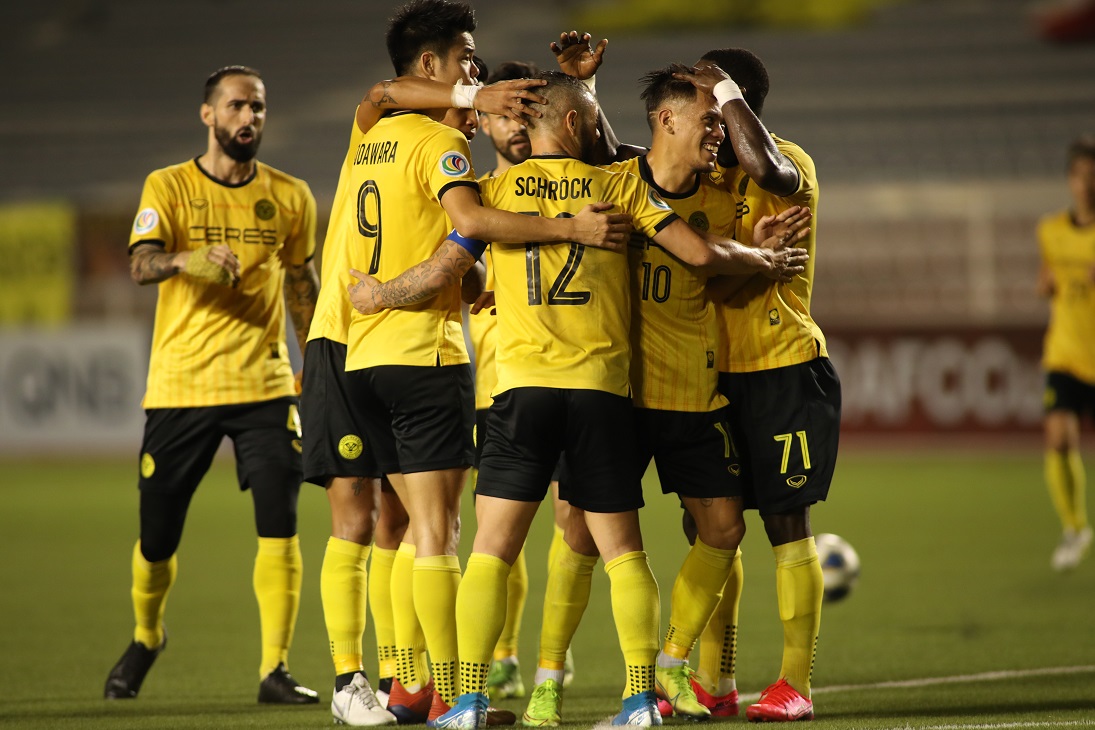 Ceres-Negros cruised to a 4-0 victory against Bali United in the AFC Cup last Match 11 at the Rizal Memorial Stadium in Manila. Oj Porteria, Bienvenido Maranon, and Robert Lopez Mendy all found the back of the net for the busmen.

The match was played behind closed doors but the action was tight in the early going. Both teams tried to figure each other out with Ceres-Negros controlling possession while Bali was defending deep and looking for the counter.

It was in only in the 35th minute when the deadlock was broken after Stephan Schrock ran into space and took a shot which was parried wide but Porteria smashed home to the top corner to make it 1-0. 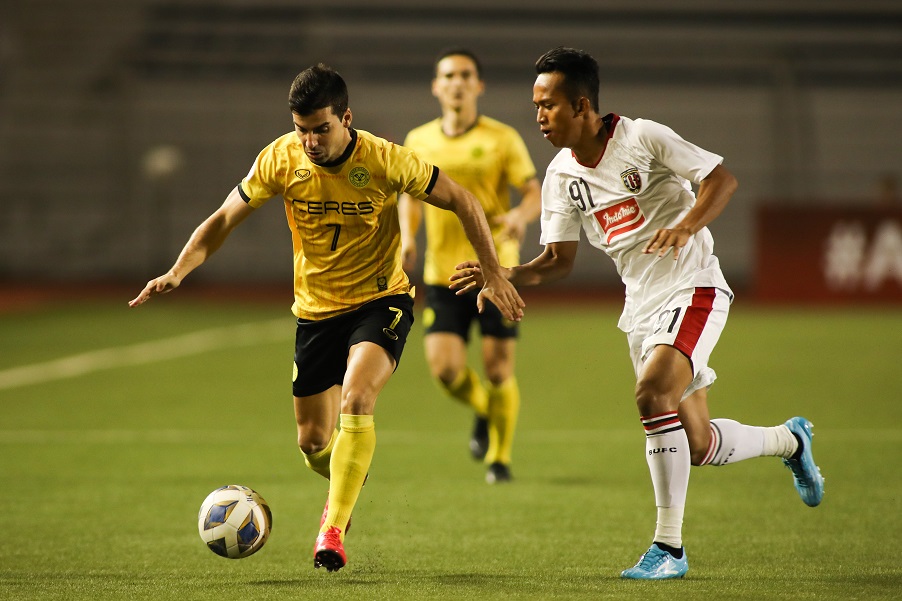 The busmen turned up the action in the second half and were rewarded in the 52nd when Schrock was brought down in the box. Maranon stepped up for the penalty and scored to make it 2-0. The Negros squad had plenty of opportunities to get more goals but chances from Schrock and Maranon were saved by the keeper.

The Ceres-Negros captain again was pivotal in the 69th minute when he picked Maranon off a corner which the Spaniard nodded in towards the second post and in.

Lopez Mendy had a chance to make it four but his chance in front of goal was off target. He wont be denied in the 73rd when he broke away and slotted one past Nadeo to make it 4-0. 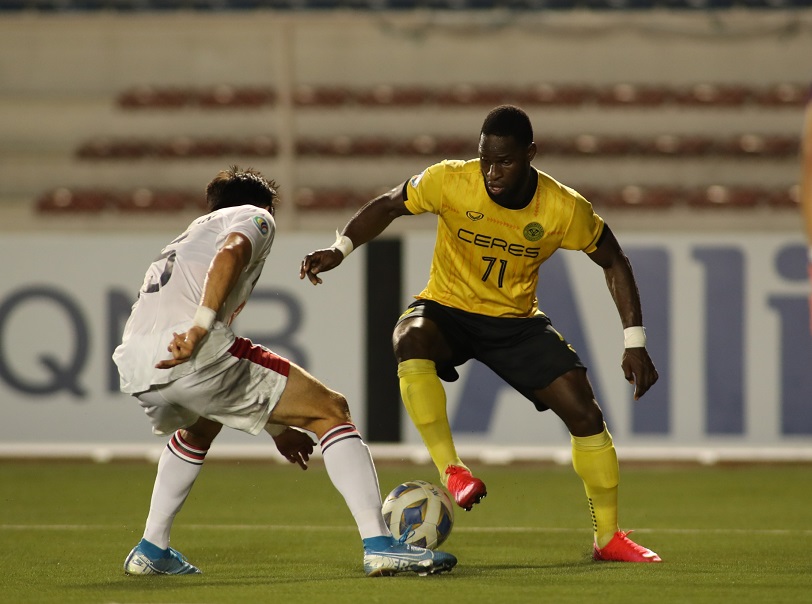 Things got testy near the end as the visitors vented their frustrations which resulted to dirty plays which was protested but the match ended with Ceres-Negros as the runaway winners.

“Its not easy to play especially when the team is defending very deep,” said Ceres-Negros Coach Risto Vidakovic. “We started in the first half to find space, to create opportunities, but after the first goal I think they opened a little bit so we had more space to play. We created more opportunities and scored more goals.”

The win put the Philippine champions three points clear with seven points followed by Than Quang Ninh who improved to four points after an away win versus Svay Rieng. Ceres-Negros will travel next to Bali on April 14 for the away leg in Indonesia.