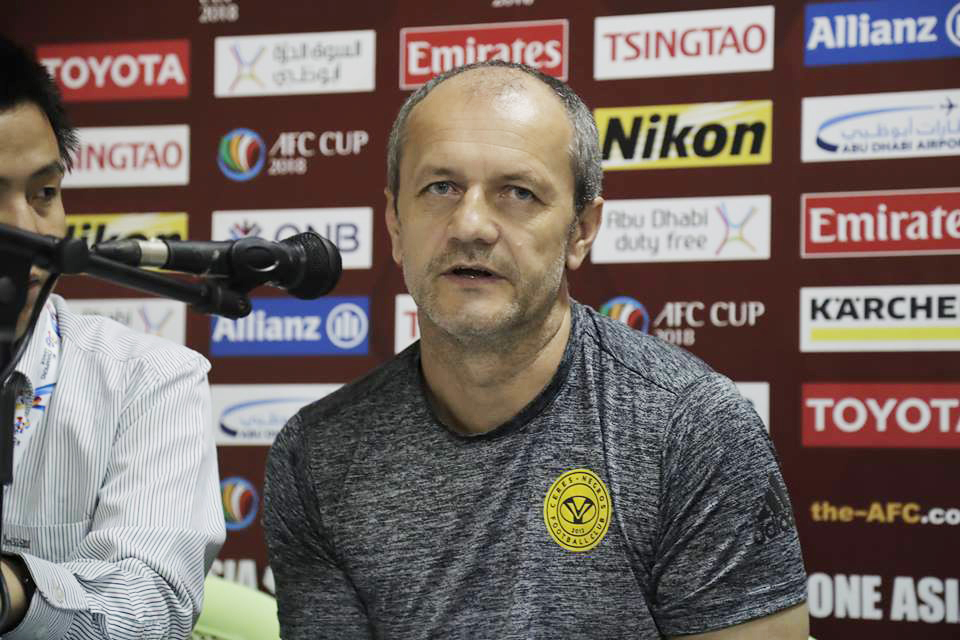 Ceres Coach Risto Vidakovic knows too well that upcoming game in Yangon will be as difficult as all their previous matches with Myanmar champions.

“We played two times against Shan United and both were very hard games,” said Vidakovic in the Pre-Match Press Conference in Thuwunna Stadium Tuesday morning.

“We drew here and we won in Bacolod. But it was a lucky first goal so I’m expecting a very hard game tomorrow. For us were going to be prepared, we will work hard. I hope that my players will give everything for tomorrow,” the veteran Coach added.

The two clubs played to a scoreless draw in the first ninety minutes in their first match in Yangon and took seventy-nine minutes before the deadlock was broken in Bacolod.

Conditions will be harsher this time around with the temperature forecast in its highest in Yangon this week. Vidakovic believes that the situation doesn’t favor any team with the result possibly going either way.

The match is set to kick off at 4pm (530pm Manila) on Wednesday and will be shown live over Fox Sports 2.