Marañon happy to break the duck in penalties 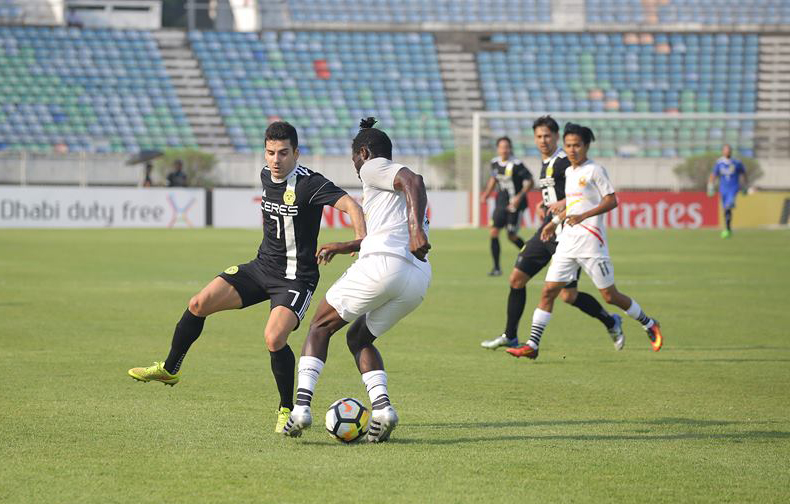 Bienvenido Marañon stepped up to the penalty spot after a Ceres player was brought down in the box in the match against Home United in Match Day 2 of Group F in the AFC Cup.

The Busmen came into the match as favorites after their nine-goal demolition of Boeung Ket in Panaad and the early penalty was supposed to be a beginning of a routine victory at the Jalan Besar.

The Spaniard picked his spot and delivered a shot that rattled off the post which was then cleared by the defense. United later on scored a penalty of their own with Ceres producing an equalizer late in the match.

A made penalty could have changed Ceres’ fortunes early in the group stages but Marañon didn’t let the misstep get in his head and later on delivered against Shan United in an eerily similar situation.

The Ceres veteran buried the the penalty deep on the bottom left corner early in the match to give his squad the ultimate edge to get full three points and reinforce their hold on the top spot of Group F.

“Sometimes in the game, we have chances to score and sometimes we don’t have any,” said the joint top scorer of the tournament.

“But I’m only looking forward to shoot the next penalty and score goals because football does not stop when you miss a penalty or a chance,” said the striker.

Marañon revealed that the sport may be unforgiving sometimes, but there is always another opportunity in the end for one to get redemption.

“You have to be ready, you have to work hard, and I think with that you can do a lot,” he added.

Ceres are now favorites to top the group, needing only a win in the last two games to get some much needed breathing space.

Rest assured the Marañon is there, ready to take on another chance to bring glory to his beloved club.