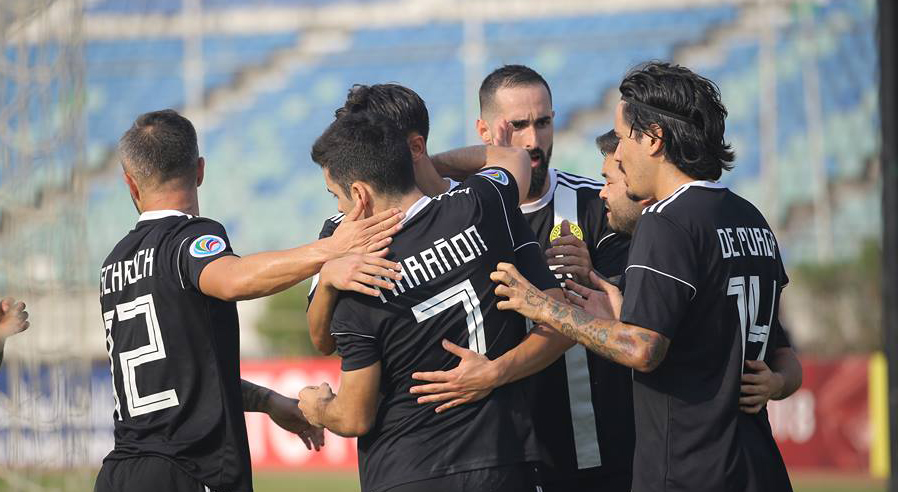 Ceres-Negros FC powered through against a resurgent Shan United to produce a 1-0 win last March 14 at the Thuwanna Stadium in Yangon. Bienvenido Maranon converted an early penalty for the Busmen while Tony Doblas played his best match in a Ceres uniform to maintain their unbeaten run in the competition.

Stephan Schrock had the first chance in the match with a free kick but his attempt from 25-yards curled out wide. Ceres earned an early advantage when a Hein Phyo Win handled the ball when attemptiong to challenge Maranon. The Spaniard made no mistake from the spot burying the penalty towards the bottom left for the 1-0 lead

Shan United had a good chance minutes later when Willam Nyakwe redirected a ball which grazed wide of the top corner. The action picked up later in the half when a great layoff from Schrock allowed Manny Ott a chance in front of goal. But the midfielder skied his attempt after he was challenged by Nyakwe.

The home squad would have two chances in the end but Hein Phyo’s attempt was over the bar and Lee Hankuk’s rocket of a shot was palmed to safety by Doblas.

Mike Ott broke into the Shan United box in the 47th minute but his eventual attempt was covered well by the Shan defense. A quick counter by Shan United forced Carlie De Murga to make a vital stop in the final ball to the opposing striker.

Maranon made a decent run from out wide in the hour mark before releasing to Manny Ott who scuffed his change in front of goal. A well timed clearance by De Murga saved Ceres from blushes at the back.

Shan United made another quick counterattack minutes later but De Murga was there again to contain the situation. Stephan Schrock drove to ball in the box in the 66th but the attempt by the Ceres captain to redirect the ball was covered by the keeper.

Jeff Christaens made a spectacular save in the 69th when he nicked the ball out of Dway Ko Ko just before the Shan forward was about to make a shot. Christaens did it again on a Shan counterattack dispossessing Dway at the edge of the box two minutes later.

Ceres-Negros had the best chance to finish the game in the 80th when Schrock broke wide of the left flank. The Ceres forward waited for teammates to arrive before releasing to an open OJ Porteria.The substitutes left footed shot bounced off the post before he recovered the ball for another attempt which was  saved by Phone Thitsar Min.

Doblas made the save of the match when he blocked Patrick Asare’s shot 85th minute. Asare charged to the left flank unopposed setting up a one-one with the keeper but Doblas made a block with his knee to maintain the 1-0 lead.

The rest of the match saw both teams battling it out in the middle but the five minute extension wasn’t enough for the home squad to earn an equalizer.

The win pushed the Negros squad to ten points leading Group F while Shan United maintained their position in third with three points. Home United kept chase after an emphatic 6-0 win at home against Boeung Ket to put them at second with seven points.