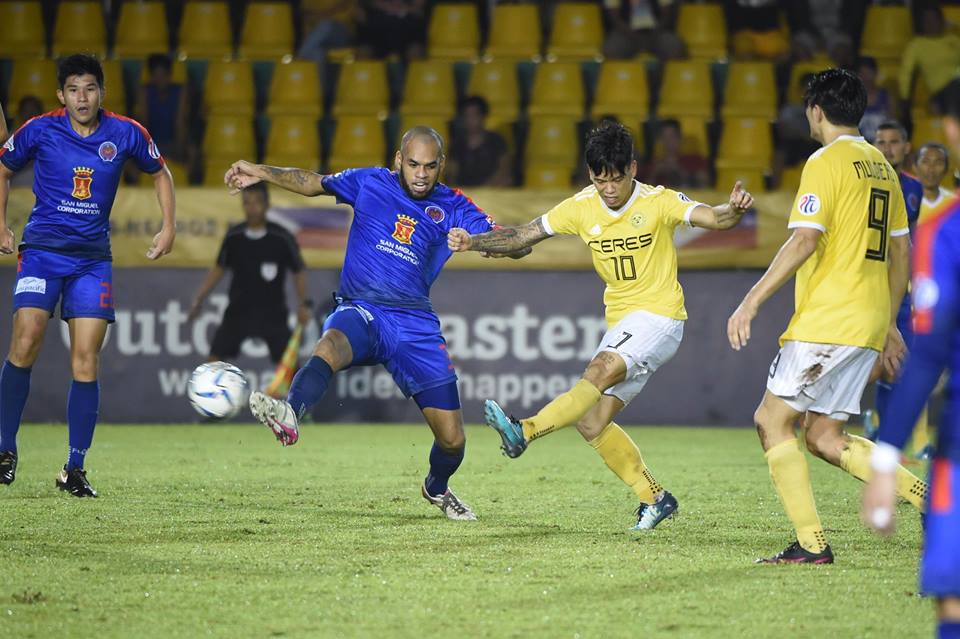 Ceres-Negros fell to a 3-0 defeat against the Davao Aguilas last August 12 at the Panaad Stadium in Bacolod. Goals in the first half from Phil Younghusband and Jason De Jong were the difference in the tie.

Both teams battled for early chances in the match with Ceres getting the better ones in the first few minutes. A scramble in the box allowed Curt Dizon to shoot from a point blank but the Davao defense blocked the attempt in the third minute.

A chance from Phil Younghusband from a dangerous position was covered well by the defense. Jerry Barbaso broke through the flanks and crossed towards Powell but the defense reacted well to cover the Aussie.

OJ Porteria broke free of his defender in the 13th minute but his attempt curled wide of the target. James Younghusband clipped Toni Doblas after a clearance but there was no call given on the play.

The play was eventually stopped with the keeper down but the non call incensed Coach Risto Vidakovic who was sent to the dressing room later on after venting his ire to the referee.

Porteria breached the offside trap in the 18th minute but his attempt was poked over by Patrick Deyto. Amani Aguinaldo flicked the resulting corner towards goal but there wasnt enough power to get past the goal line. 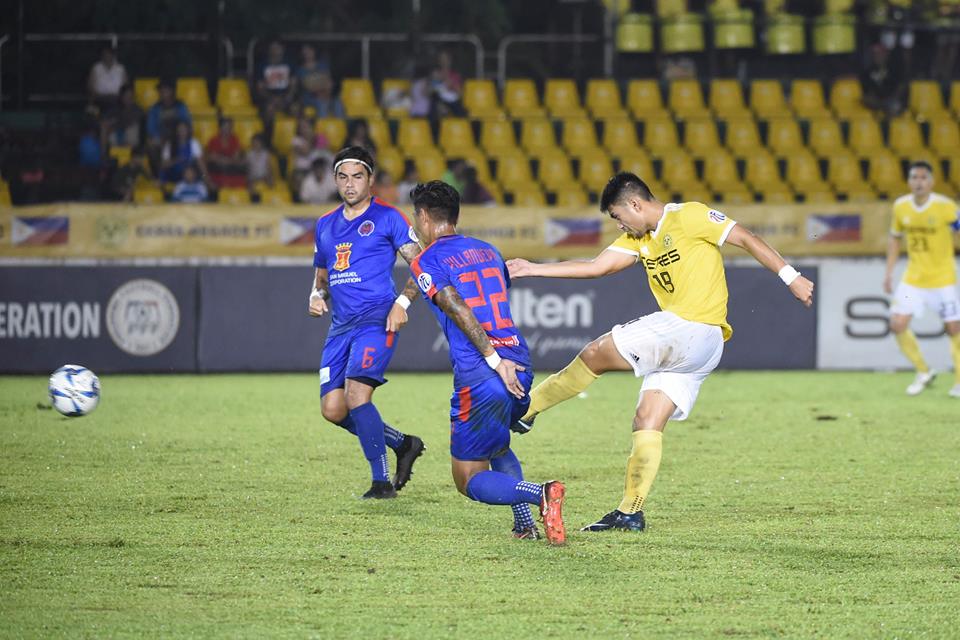 A cross in the box of a counter by Davao saw Aguinaldo head the ball to safety. A well played team effort allowed Omid Nazari to shoot from distance but the ball went wide of the post.

The Aguilas continued their blitz in the 38th minute when James Younghusband released to De Jong who fired into the bottom of the net to make ot 3-0. Ceres had their best chance late in the match when Barabaso picked out Powell in the box but the attempt went straight to the side netting. The half ended with the visitors having a commanding lead

The Mindanao squad had a dangerous attempt at the hour mark from James Younghusband but the attempt from the break away was wide of the post. Ceres had their own through Dizon minutes later but his shot from inside the was saved by Deyto. Minutes later, Martin Steuble found Dizon on the box but the wingers volley went well wide. 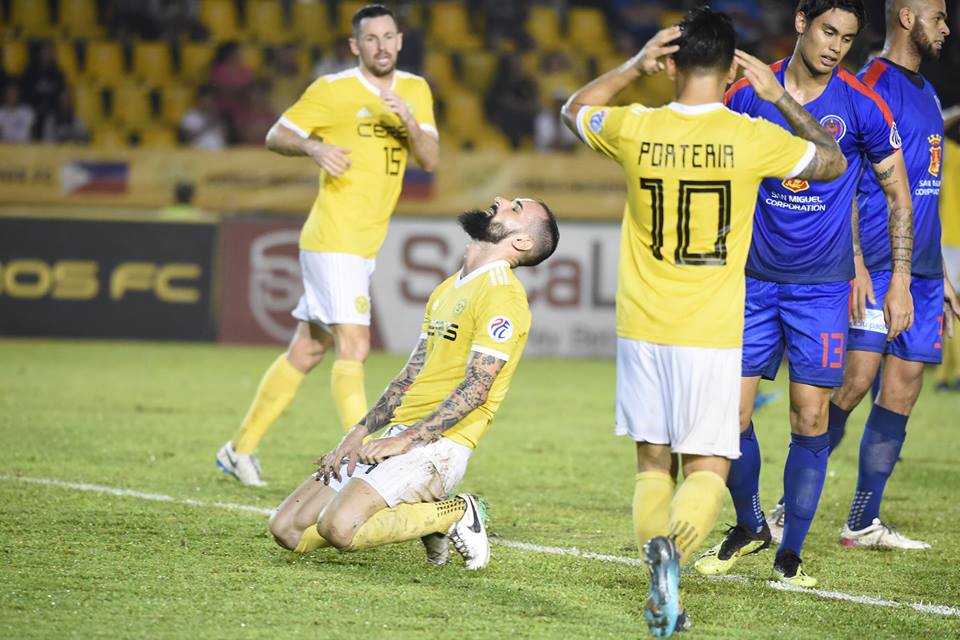 Ceres-Negros brought in Carli De Murga, Super, and Junior Munoz Super Herrera glided into the box in the 74th minute but his header off a Dizon cross went just wide.

Ceres wrested control in the remaining minutes but it was not enough as Davao ran away with their first victory against the Busmen in history.

“We wanted to win but unfortunately the team is not 100 percent even with the lineup tonight,” said Assistant Coach Ian Treyes. “Like I said yesterday, it’s a non bearing game but we needed to win against Davao to show our quality.”

Beside the reselt, Treyes happy with the fan turnout with the title already sealed weeks ago. “We would like to thank the people who watched the game tonight.”

Ceres-Negros will play out their remaining two matches this month with a match against Global on the 15th before completing their league assignment versus Stallion on the 25th.