Super: I Believe in my team always until the ending 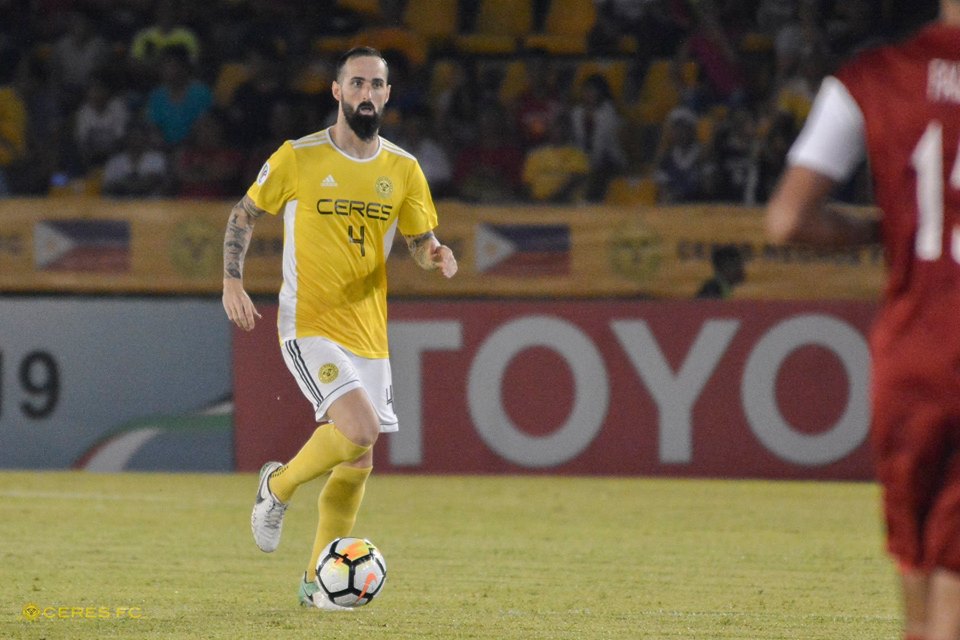 Manuel “Super” Herrera has done it all for Ceres-Negros. The prize defender has earned two league titles and a zonal title for the Negros club, but the Spaniard is looking for more when they meet Home United in the second leg of the ASEAN Zone final.

“Is the most important game this season,”said the former Real Betis man. “We can make history again for two years in a row.”

Herrera was a vital cog in defense last year where they overturned a 1-2 deficit in Singapore to win 2-0 at home to clinch the inaugural title. With a 1-1 result in their home leg, the busmen will be pressed to be perform when they face the Protectors in their home turf.

“We know already how they play, they defend very good and we will try to surprise them. We will do everything on the field and try to do everything to bring the trophy to Bacolod,” Herrera continued.

With everything to play for in Singapore, Super has kept his faith that his team will deliver especially on the crucial moments in the second leg.

“I Believe in my team always until the end, after the game I will be proud of them for sure, because they will do everything on the field,” Herrera added.

Ceres-Negros will again face another knockout game in continental competition. Ceres fans will be assured that Super and his teammates will go all out to defend what they have worked for to bring glory to the club and country in the AFC Cup.