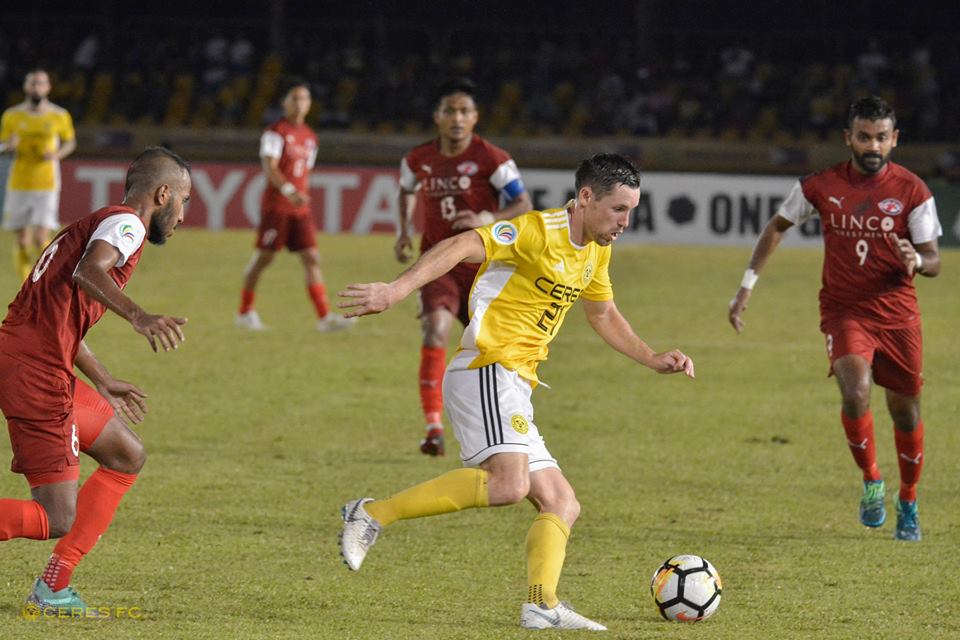 Ceres-Negros and Home United meet for the fourth in final time as they battle to decide the ASEAN championship of the AFC Cup on August 8 at the Jalan Besar Stadium in Singapore.

Both squads battled to a 1-1 draw a week prior to give the Protectors the away goal advantage leading into the second leg. Blake Powell opened the scoring from the spot but compatriot Isaka Cerna leveled in the first half to earn the precious away goal.

The disadvantage however is eerily similar to last year’s final where the Busmen were 2-1 down after the first leg in Singapore. The Filipino squad found their way and won 2-0 in the second leg to overturn the advantage and claim the inaugural title.

Coach Risto Vidakovic is expecting an all out battle with everything to play for in this year’s edition of the Zonal championship.

“Its a final and nobody expects an easy game. Both teams will fight for it. There are 90 minutes. The players will give everything to win this game, win the final, and the title,” said the Ceres mentor.

“We know each other very well. We played many games this in the group stage and in the final (first leg) so there are no secrets between us. Small things will decide the final,” he continued.

The Spanish national is not looking to change his team’s style in the second leg but is ready for a shift once the need arises during the match itself.

“We played this style for a long time so I think its not easy to change. But we will try to get the possession, to attack, because we need to win. We need to score because we have a disadvantage. We played 1-1 and a (scoreless) draw is good enough for Home United,” Vidakovic added.

Ceres-Negros will need to be at their best when they face Home United in the second leg. The Singaporean squad has been unbeaten so far in the tournament with two of their draws against the Philippine side.

Although the odds are now in United’s favor, Ceres has statistics on their side as well. The Negros-based club has has scored in all of their matches in history including the 2-1 defeat in 2017 and the 1-1 draw in the group stage versus Home United.

With the need to score in the second leg, Ceres striker Blake Powell doesn’t let the pressure get to him for this all important match.

“It’s a big match for every one at the club, but for myself, its another game for me. I don’t try to put too much pressure on myself. I would just go out there and do my job as the best I can and help my team in trying to get that win,” said the A-League vet.

“As the coach said, it will come down to the key moments in the match. Hopefully we can take our chances, attack with purpose, finish the chances that we’ll get, and that will be the difference,” Powell added.

Ceres-Negros will be pressed to score in the second leg as 0-0 draw will see Home United go through to away goals. The match can go to extra time if both squads finish level after ninety minutes.

Kickoff is set at 730pm at the Jalan Besar with the match shown live over Fox Sports. The winner will meet DPR Korea’s April 25 on August 21 & 28 at the Inter-zone semifinal if the AFC Cup.