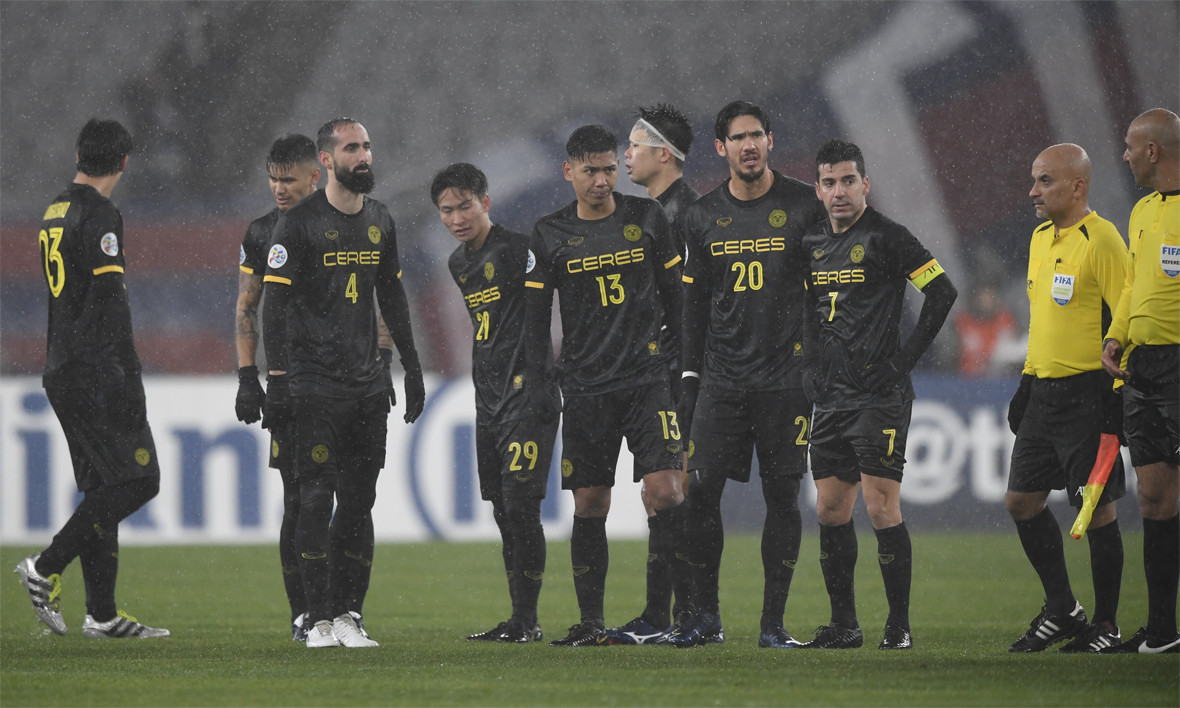 Philippine Champions Ceres-Negros FC completed their run the the qualifying stages of the AFC Champions League after narrowly losing to FC Tokyo 2-0 at the Tokyo Stadium in Chofu, Tokyo.

The waterlogged pitch and freezing conditions welcomed both teams into the match as they struggled to have continuity in their plays in the match.

It was the home squad who had the best chance when Keigo Higashi attempted from inside the box but Roland Muller came up with a fine foot save early in the 15th minute.

FC Tokyo Brazilan Adalton broke throught the defense 20th and and shot towards an open goal but Dennis Villanueva came up a with a clearance off the line to maintain the 0-0 scoreline.

Ceres-Negros had their first shot attempt in the 26th but Bienvenido Maranon’s long distance attempt was off target. A long distance strike from Sei Muroya two minutes later was easily collected by Muller. 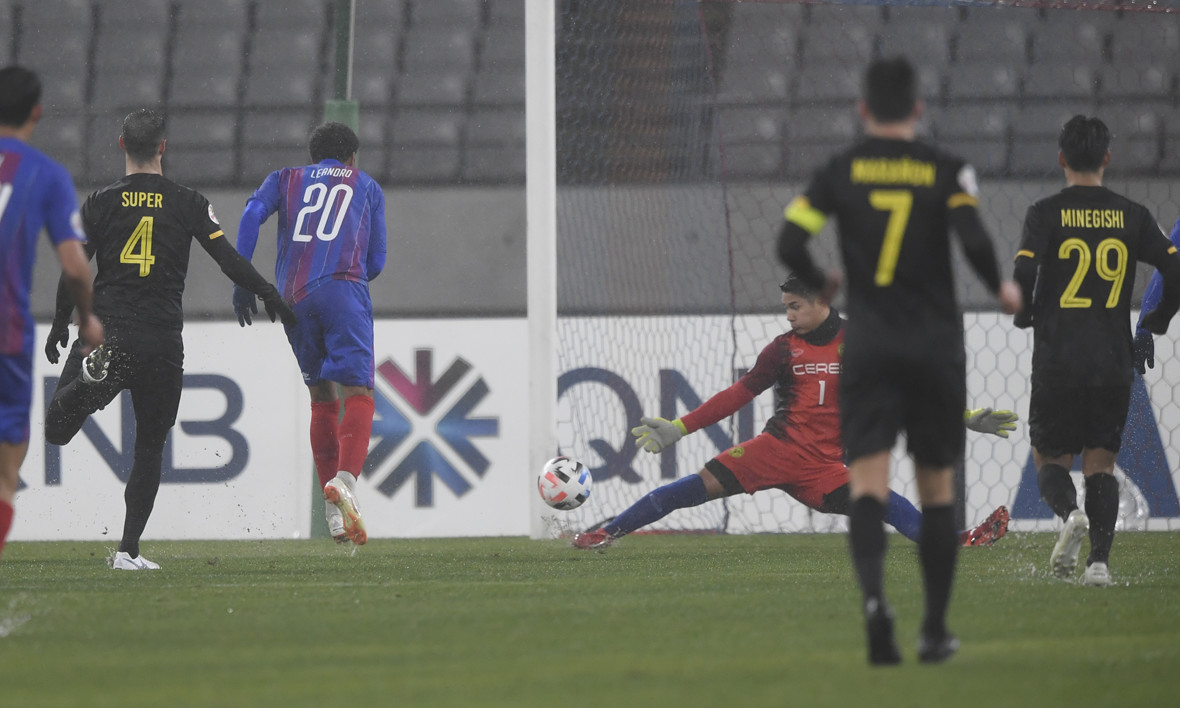 OJ Porteria won a free kick from a dangerous position in th 37th minute but Maranons attempt curled over the top corner. Leandro Moura intercepted the ball to setup an one-on-one but Muller produces back-to-back saves to deny the Japanese squad. The half would end with both teams still scoreless.

The home squad started the second half strongly and were rewarded in the 48th when a defensive miscue allowed Muroya opportunistic shot in the box was tapped by Muller but was strong enough to bounce into the inside of the post and in. 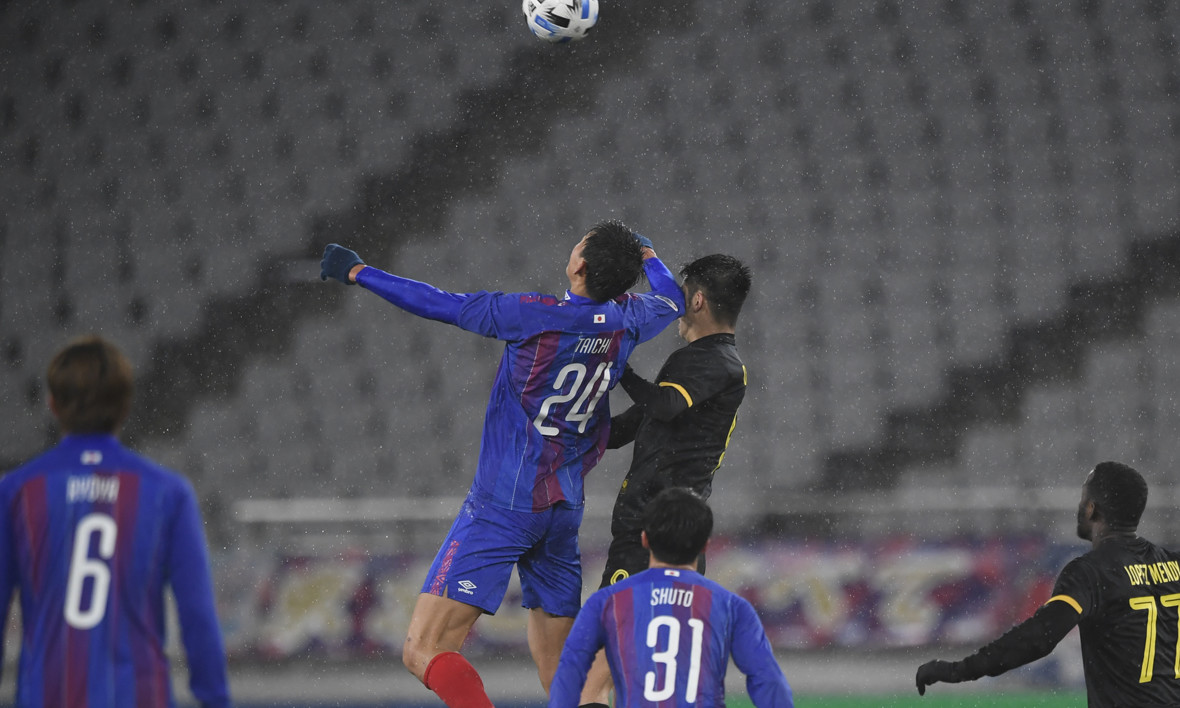 The Japanese side found the back of the net minutes later but Adailton’s chance was deemed to be offside by the referee. Tokyo forward Taichi Hara was sent off in the 79th minute after a wayward elbow hit Takashi Odawara which gave Ceres-Negros a lifeline in the final ten minutes.

Super came up with a header in the 82nd minute but Akihiro Hayashi made an easy save. Robert Lopez Mendy rose up to meet Mark Harmann’s delivered into the box but the chance was off target. 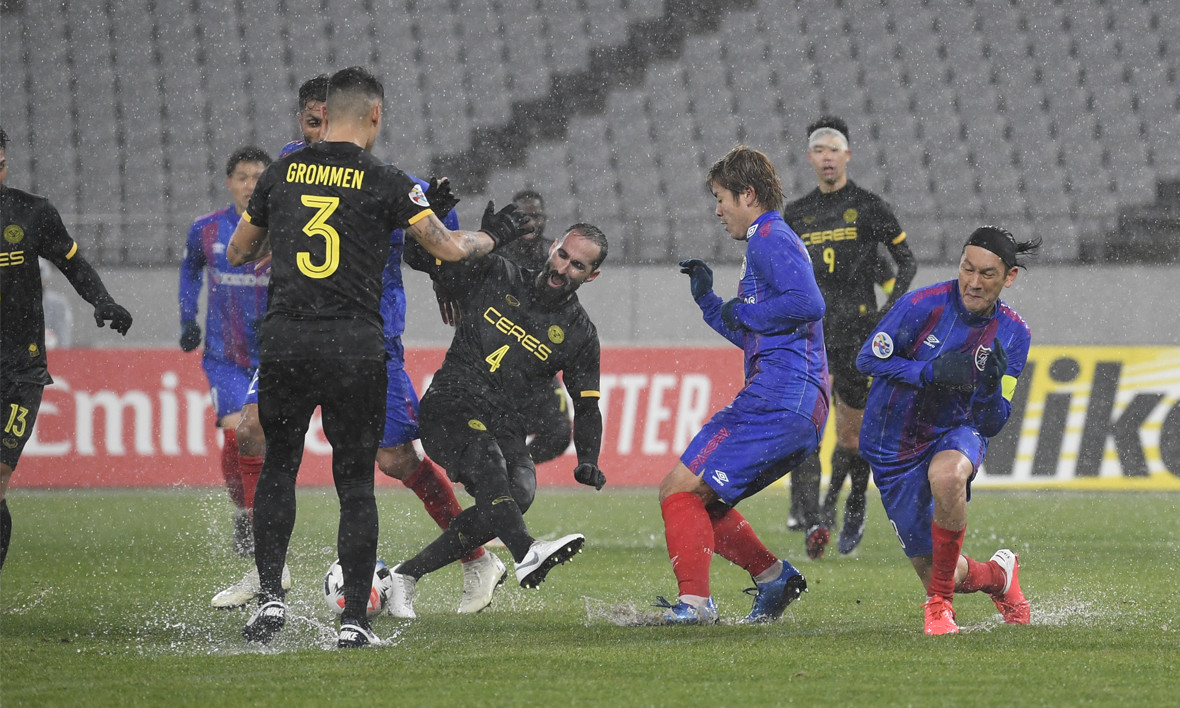 Ceres-Negros had the best chance to equalize in the 89th minute with Super shooting inside the box. The centerback lost the ball on the play as FC Tokyo countered with Adailton poured on the pace and finished with the brilliant chip on the 89th minute.

The visitors almost had an consolation goal near the end but Maranon’s glancing header went wide to the side netting. The match would finish 2-0 for the home squad.

The defeat marked the end of the AFC Champions League campaign for Ceres-Negros after key wins in the preliminary stages against Shan United and Port FC.

They will now compete in the AFC Cup against Preah Kahn Reach Svay Rieng FC, Than Quang Ning FC, and Bali United FC. Their first match will be against the Cambodian side in Manila on February 11.