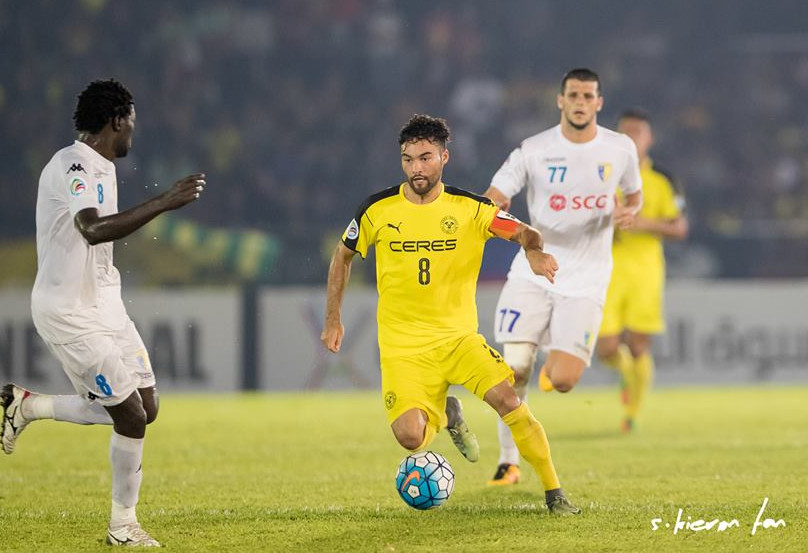 Philippines midfielder Manny Ott returned to Ceres-Negros after spending a year in Thailand with Ratchaburi Mitr Pohl FC. The longtime national player came back just in time for Ceres-Negros as they start their 2020 AFC Cup campaign.

“I’m very happy coming back home,” said the veteran center half. “Ceres has always been a part of my family and I’m just excited about it. After my injury and after a long season without really playing, I’m really looking to get back in the competition and help the team.”

After featuring in all three games of the Azkals in the 2019 AFC Asian Cup, Ott figured in a freak training injury just before the start of the Thai League season with his new club. He was in rehabilitation for the most part of the year before featuring in a few games with limited minutes near the end.

“It wasn’t the easiest,” Ott bared. “Everything was running smoothly but the injury wasn’t something you plan for. Its done, I got over it, and now I just wanna move forward getting back to where I was. I want to get back my rhythm and get some playing time” he added.

Ott joins the squad who just finished a grueling AFC Champions League campaign where they beat regional champions in Shan United and Port FC before bowing out against an elite Asian team in FC Tokyo. The midfielder would be a welcome addition to the squad after being a key cog in the past campaigns especially with the 2017 AFC Cup Asean Zone title.

“I’ve missed competing int the AFC Cup”, said Ott. “There’s a lot of pride and honor in playing in continental competition with Ceres-Negros. I just want to have a good start now with the upcoming game and I’m definitely looking forward to it.”

He wouldn’t have to look further as he and Ceres-Negros will battle Cambodia champs Preah Khan Reach Svay Rieng FC on February 11 at the Rizal Memorial Stadium.