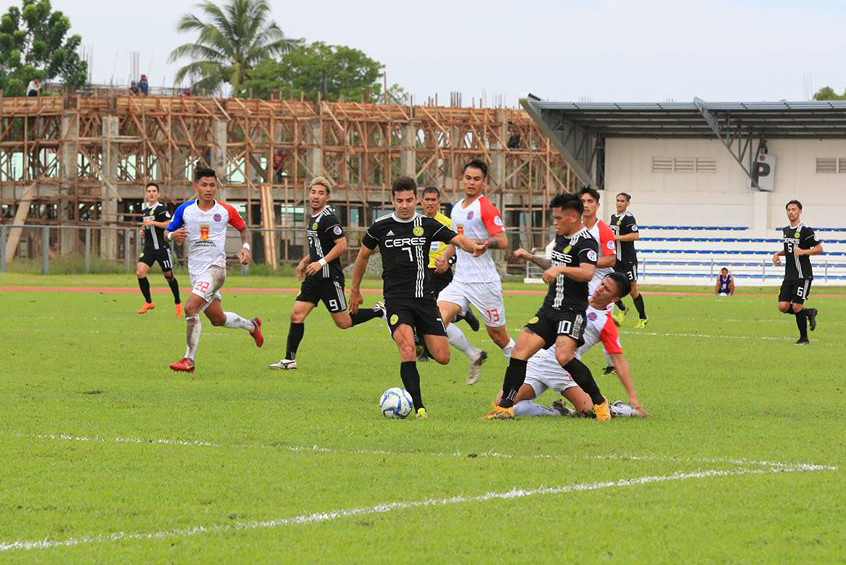 Davao had the earliest chance in the match with a Philip Younghusband free kick but his shot from twenty-yards was easily collected by Toni Doblas.

Ceres went ahead on the 6th minute when Christaens sent a long ball into the box only for keeper Ronilo Bayan to misread the ball and watch it go to the back of the net.

OJ Porteria gave it a go in the 17th minute but his dipping ball was still a yard over the bar. Marañon would have his chance minutes later after an Uesato through ball allowed him space to shoot but his attempt bounced off the woodwork.

Patrick Reichelt’s left-footed attempt in the 27th minute was handled well by the opposing keeper. Things went bad for Ceres ten minutes later when Mike Ott was sent off after the assistant referee’s recommendation.

Younghusband again threatened from a free kick in a more dangerous area but the attempt was easily collected by Doblas. Porteria had his own near the halftime whistle but his curling attempt was tapped away by Bayan near the top corner. 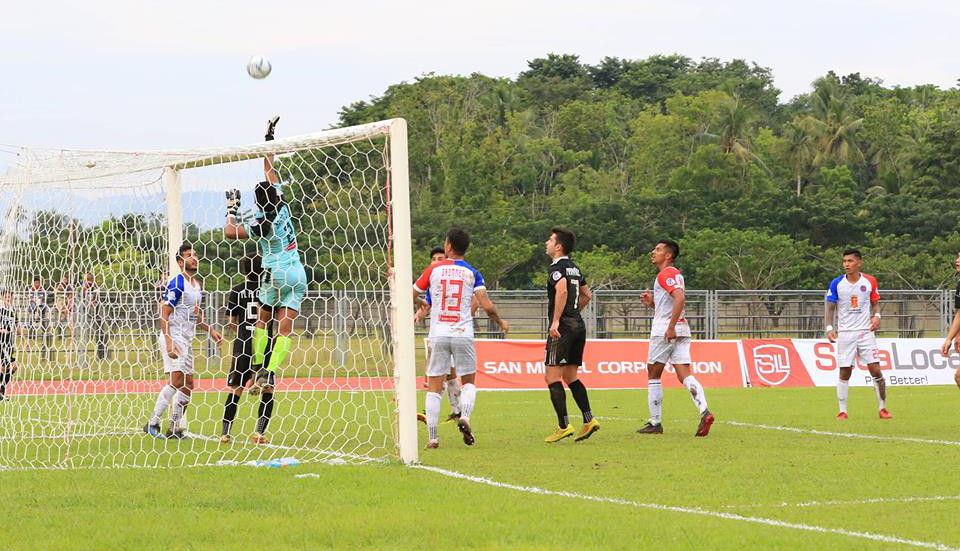 The Aguilas threatened early in the second half to force Doblas off his line to clear the ball intended for Kim. Risto Vidakovic made twin substitutions near the hour mark and put in Manny Ott and Carli De Murga and rest Kevin Ingreso and Porteria.

Ott immediately announced his entry with a thundering strike from 25-yards. His shot however sailed over the bar. The returnee made another key pass in the hour mark picking out Takumi Uesato whose left footed shot was tapped out for a corner.

Manny Ott sent a corner in the box which fell near Amani Aguinaldo who did enough to see the ball past the goal line for the 2-0 lead. De Murga culminated a Ceres attack from the back but his attempt was way over.

Reichelt skillfully broke away from the defense and tried to sneak the ball past the keeper but Bayan did well to foil the attempt.

Ceres were given a penalty minutes later when De Murga was fouled on the box as he was about to take a shot on goal. Maranon stepped up on the spot and drilled dead center to mark his return to goal-scoring form after missing matches due to injury.

Phil Younghusband tried to shoot past the defense of Aguinaldo moments later but his attempt was way off target. Maranon was later on replaced by Steuble in the 84th minute to complete the substitution for the visitors.

Things went sour minutes later when Doblas rushed out of his line to get the ball before clearing it to the sidelines. Matthew Hartman tripped the keeper on his way back but the referee allowed the continuation of the play. Takashi Odawara had a golden chance to score but his attempt was way off.

Uesato took a chance from distance and chipped the keeper but his shot curled off target. Davao would get a goal back near the end when Kim chested in a De Bruycker cross to make things interesting for the Aguilas.

Ceres-Negros however held on for the lead and earn their fourth straight victory over Davao and increase their lead at the table to 15 points.

“I think we were lucky in the beginning we scored a lucky goal, after that it was more easier to play,” said Risto Vidakovic. “I want to congratulate my players because it was the third game in a week and they played with one player less. We played much better than them, scored three goals, and I think we deserved the win,” he added.

“Im very proud of every single player if you consider the situation we were in,” said Man of the match Patrick Reichelt who was also the designated team captain. “What the boys did with one man down, working super hard, and even scoring two more goals. I’m proud of each and every one.”

Ceres-Negros are now six points away from the PFL title with five matches left in the season. They will now focus on matches against Stallion Laguna and Global Cebu before the face Home United in the Asean final in August.