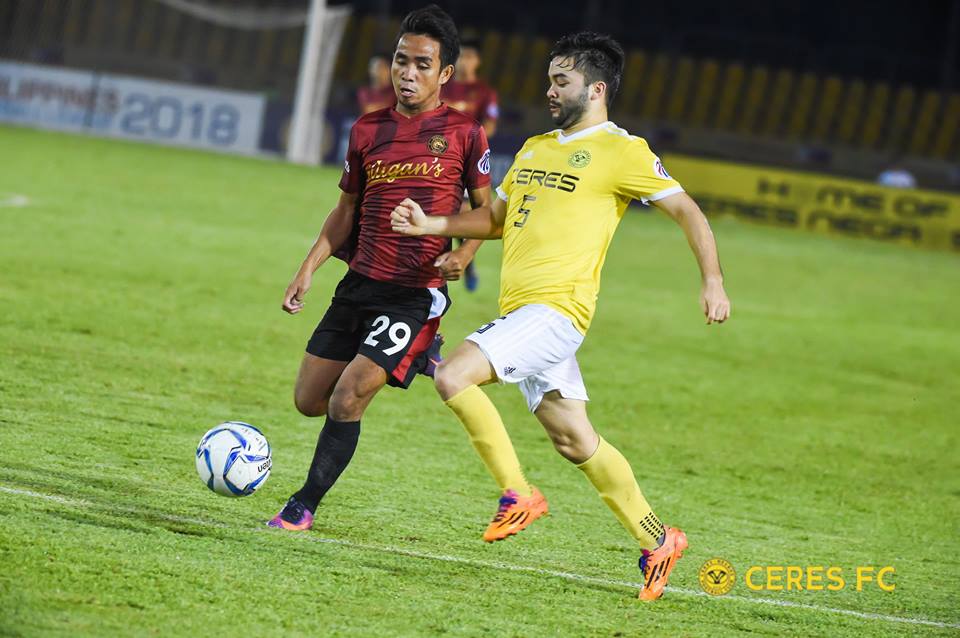 Ceres-Negros aims to redeem themselves when they restart their Copa Paulino Alcantara campaign when the face the dangerous Stallion Laguna in their second match of the competition on September 15 at the Biñan Football Stadium in Laguna.

The Negros squad has the upper hand in the season record over the Laguna squad but the hosts will be motivated to capitalize on the league champions opening defeat against the Davao Aguilas.

The Busmen fell to a 1-3 defeat against the Aguilas on opening day, a result which left Group A open for the three squads.

Stallion have been dangerous since their 1-4 defeat in Bacolod in the Philippines Football League but the Laguna squad pushed the champions to their limits that day.

Bienvenido Maranon opened the scoring late in the first half and was followed by Marin Steuble early in the second half. Nathan Alquiros pulled a goal back after converting a team counter attack but Maranon and Blake Powell scored to retain the advantage to win the game.

Maranon however will be unavailable for the Negros squad after a red card incurred in the first match of the cup.

Stallion Laguna was a dangerous team in the prior match after getting good chances in the face of goal against the league champions. The hosts will be expecting a complete lineup which will include the likes of Fitch Arboleda, Abou Sy, Jhan Melliza, and captain Balot Doctora in the lineup.

Ceres-Negros meanwhile will be relying on rested players in Powell, Omid Nazari, and Roland Muller in the second match. The rest of the squad who participated with the National team in Bahrain will also be available for selection.

Both teams will be gunning for a win in the tournament which will only feature four matches for all squads.

The match will proceed as scheduled with the forecast favoring light rain over the metro but it fans are advised to follow the Philippines Football League for any announcement on the fixture.

The match will kick-off at 12PM in Biñan with the match shown live over PFLtv.ph. Tickets will be available at the gate.