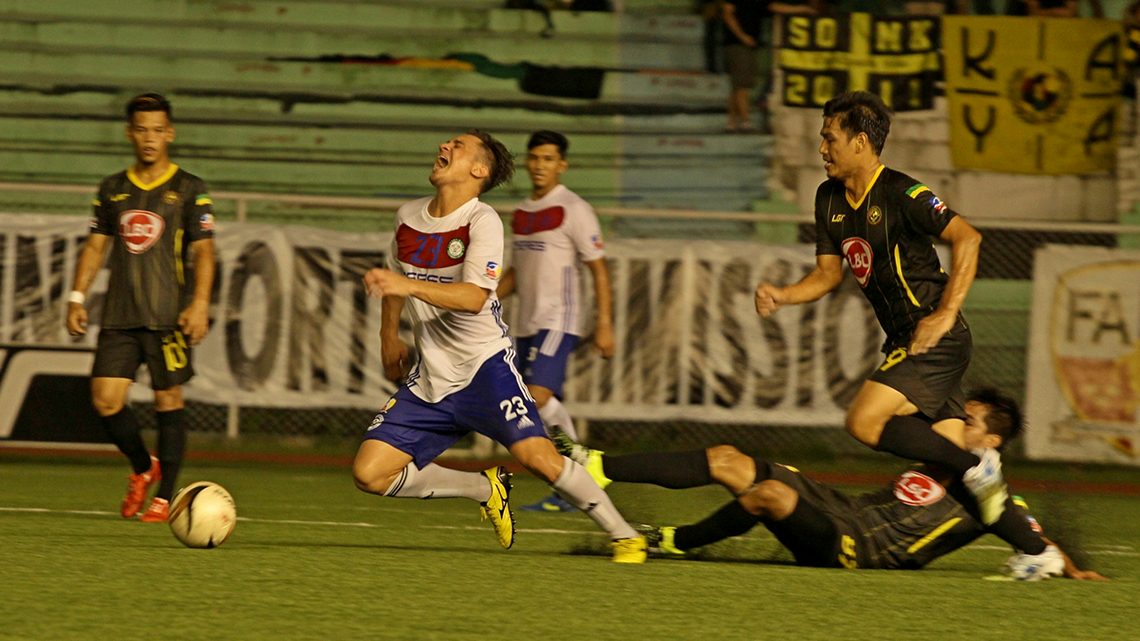 Ceres Football Club moves within a point of UFL 1st Division glory with a 2-0 win against contenders Kaya FC.

The Spaniards were on fire with Bienvenido Marañon netting the opener in the 39th minute followed by an Adrian Gallardo Valdez strike during 58th minute of the second half.  An impressive performance collectively with Goalkeeper Casas and the formidable Ceres backline proving why Ceres FC deserves to be crowned UFL champions. This win establishes a nine-point lead against defending champion Global FC with three games remaining.

The Busmen can formally clinch their maiden championship in the UFL 1st Division with a victory or a draw against Team Socceroo FC on Saturday, July 25, 2015, 17:15 at the Rizal Memorial Stadium.