The home team had the possession in the first thirty minutes, pushing back the visitors in their own box and

Ceres-Negros FC stumbled to a 2-2 draw when it hosted JPV Marikina last October 18 at the Panaad Stadium. The 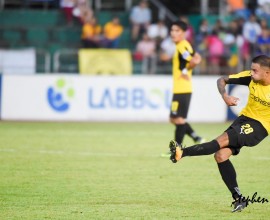