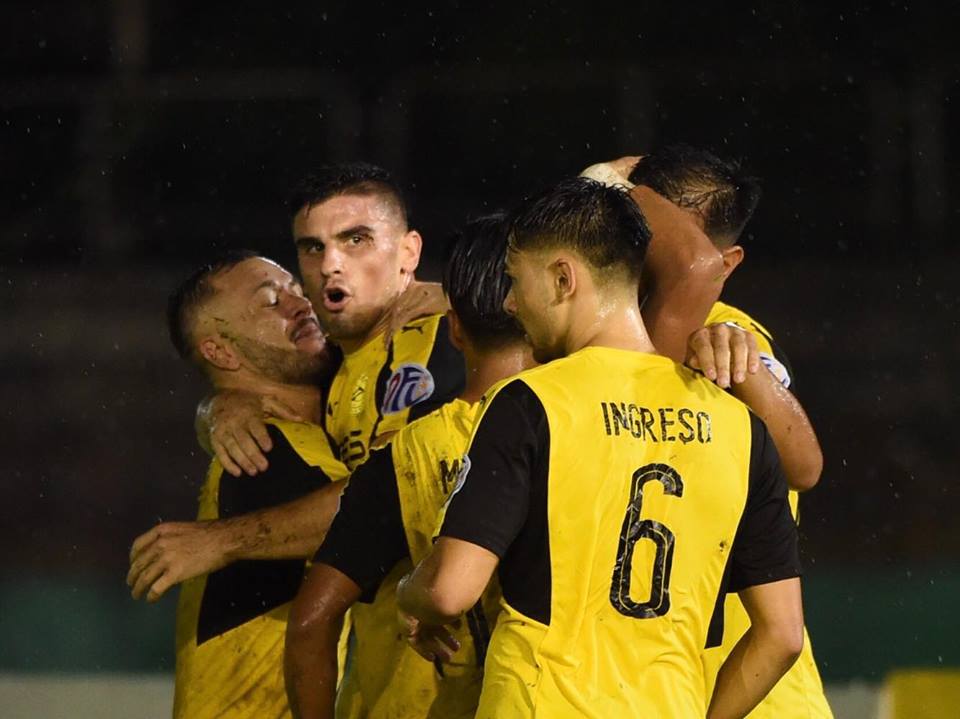 Ceres-Negros FC powered its way to a 3-2 win over Kaya FC-Makati in injury time to score its third straight victory in the PFL last October 14 at the Panaad Stadium. The Busmen scored the winner in injury time after being down to ten men in the second half.

The visitors opened the scoring when an unmarked Jordan Mintah redirected a Robert Mendy cross to stun the home fans in the 3rd minute. The home squad equalized in the 10th minute when Captain Arnie Pasinabo Jr. launched a deep cross to Maranon who coolly headed the ball to the far post. 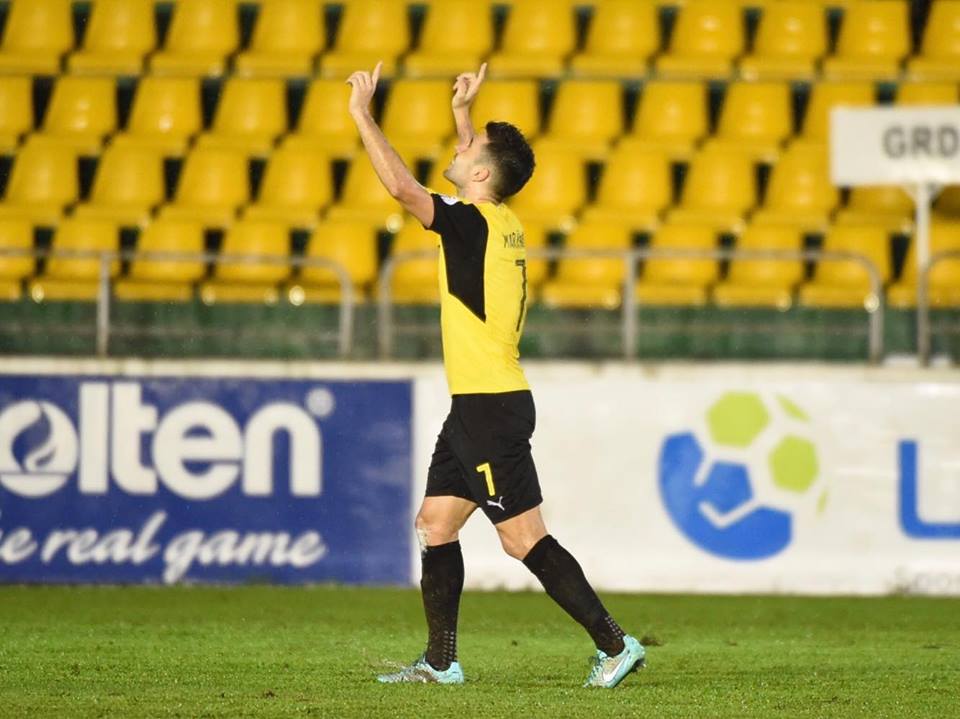 Ceres went ahead in the 15th minute when Rodriguez struck a dead ball in front of goal rooting Ref Cuaresma in his spot for the 2-1 lead. Kaya almost had an equalizer moments later but Roland Muller did well to block Mintah’s glancing header.

Both teams had difficulty with the conditions as the pitch was watery in some areas  due to the rains in the last two days. The Makati representatives had twin chances near the halftime break but Mendy coudn’t get a shot on target. 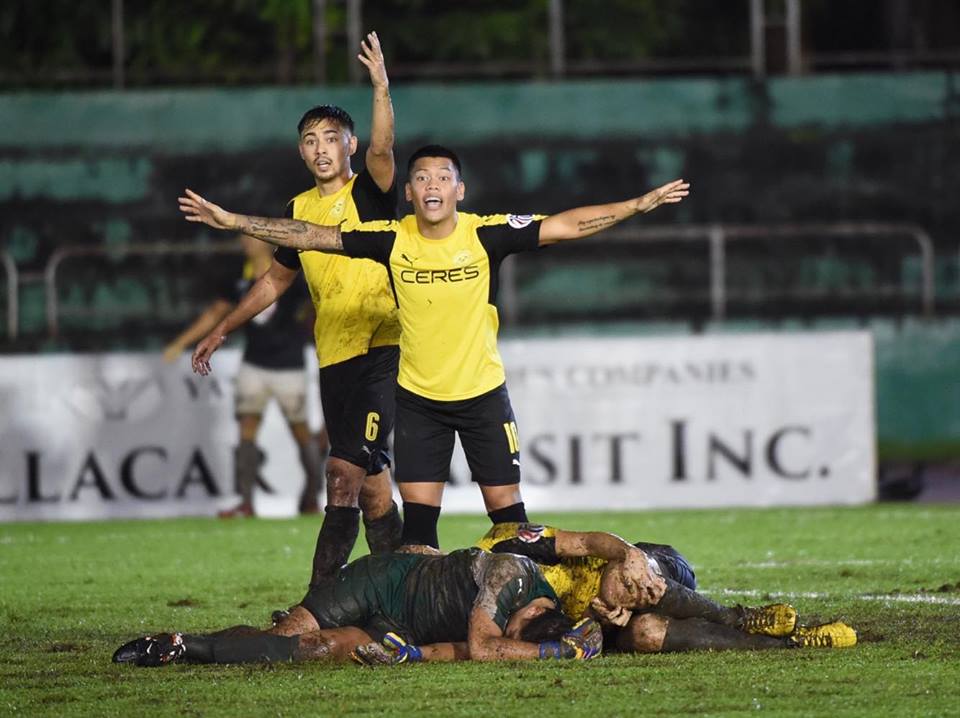 Things got testy minutes after the restart when a mad scramble in the Ceres box allowed the visitors to score an equalizer thru Alfred Osei in the 56th minute. Muller was able to save the ball moments prior but Mintah hit the back of his head which made him lose the ball and allowed Osei for a shot on goal.

The busmen were livid with the the referee and his assistant for allowing the play to go on. Ceres Coach Risto Vidakovic was sent off minutes later after engaging with the referees after the play. 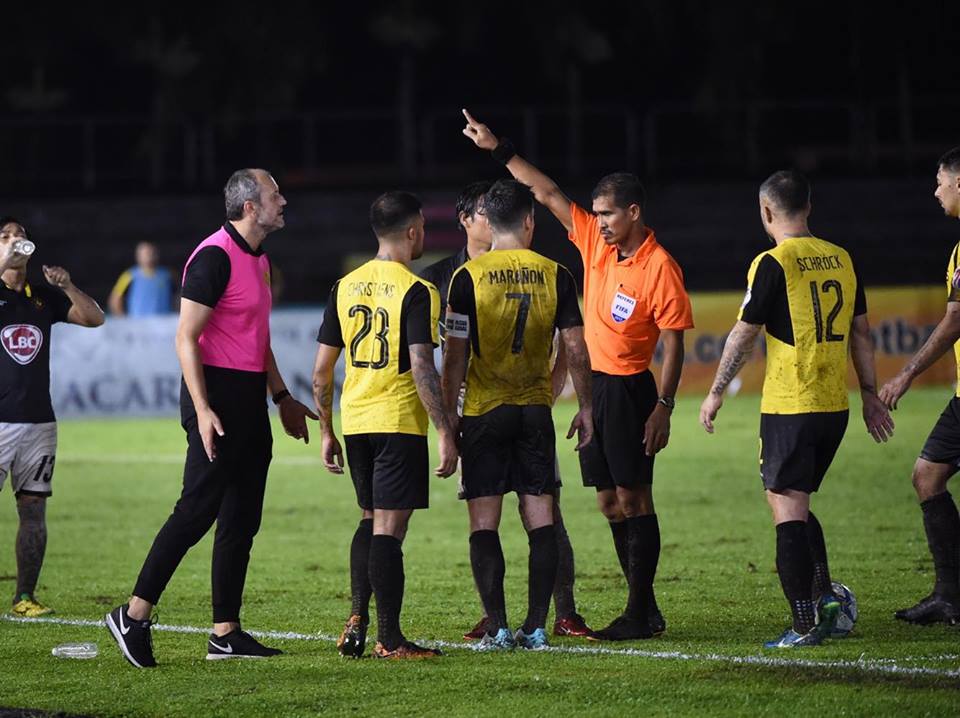 The Negros squad didn’t waste time and immediately chased for a winner after a lengthy delay in the restart. Ref Cuaresma had to contain twin chances from Kevin Ingreso and Maranon near the 70th minute.

Negros had a golden chance in the 77th when Stephan Schrock weaved in and out of the wings before crossing to an unmarked Maranon. The Spaniard however didnt had a chance to connect the ball as Adam Reed headed the ball to safety.

Things turned bad for the home team as Jeffrey Christaens was given a second yellow after challenge of a Kaya counter leaving his team to ten men. The Bacolod squad worked hard to create good chances but the Kaya keeper played well to maintain parity.

The home squad was awarded a penalty in the 85th minute when Osei checked Schrock inside the box. Maranon stepped in for the kick but Cuaresma came out with a toe save after a cheeky try in the middle by the Spaniard.

Schrock lorded the wings in the 90th minute before releasing a good cross to Rodriguez who unfortunately missed to redirect the stinging cross on goal. Kaya almost scored a winner moments later when Mintah attempted to chip from the wings but Muller did well again to prevent the danger. 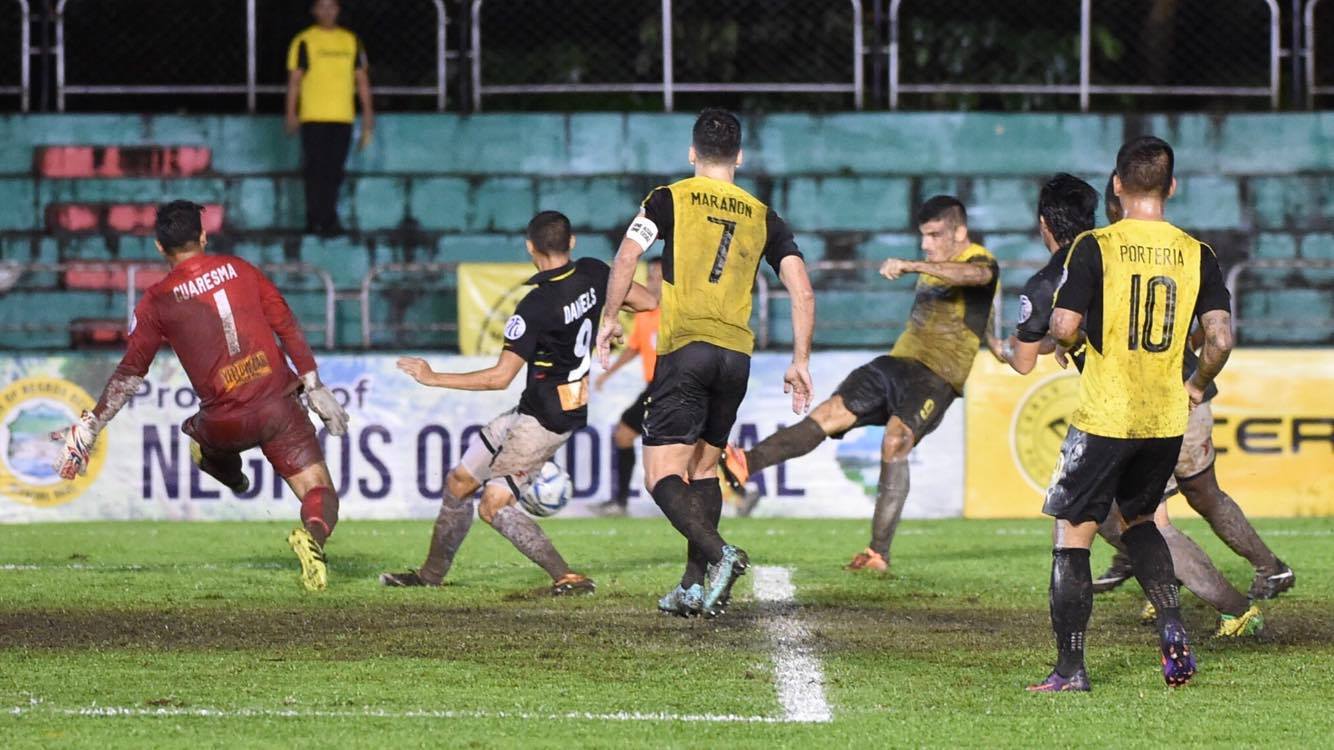 It was in the 94th when Ceres got what it deserved. A reverse ball by OJ Porteria to Schrock allowed the midfielder to hold the wing before finding Rodriguez who was just wide in front of goal. The Spanish striker who was unmarked brilliantly slotted in the ball from a wide angle to score the winner for the home team. I am so happy for the result and to be able to help the squad in getting three points.

Ceres Assistant Coach Pepe Losada was happy with the team’s win but was livid against the refereeing in the match.

“First of all, we the staff are very proud of our players because we played against eleven players plus the referees”, said Losada. “This is no good for the Philippine football. If the federation do not fix this problem, it is impossible to improve here in the Philippines. About the players, we are very proud (that) they fight. The field was so wet and we adapted so good to the pitch”, the assistant Coach added.

“With these kind of attitude of the referees its very dangerous for the players of both teams. Super Herrera had a broken lip and you see the yellow cards? Ceres had six yellow cards, one red, and Kaya had zero (cards)”.

Ceres striker Fernando Rodriguez had a few words in the post-match press conference. “I am so happy for the result and to be able to help the squad in getting three points.”

The win pushed Ceres-Negros to 38 points, just seven points shy of league leaders FC Meralco Manila and with plenty of games to spare. They will play JPV Marikina on Wednesday in Panaad and a win can push them to the second spot.