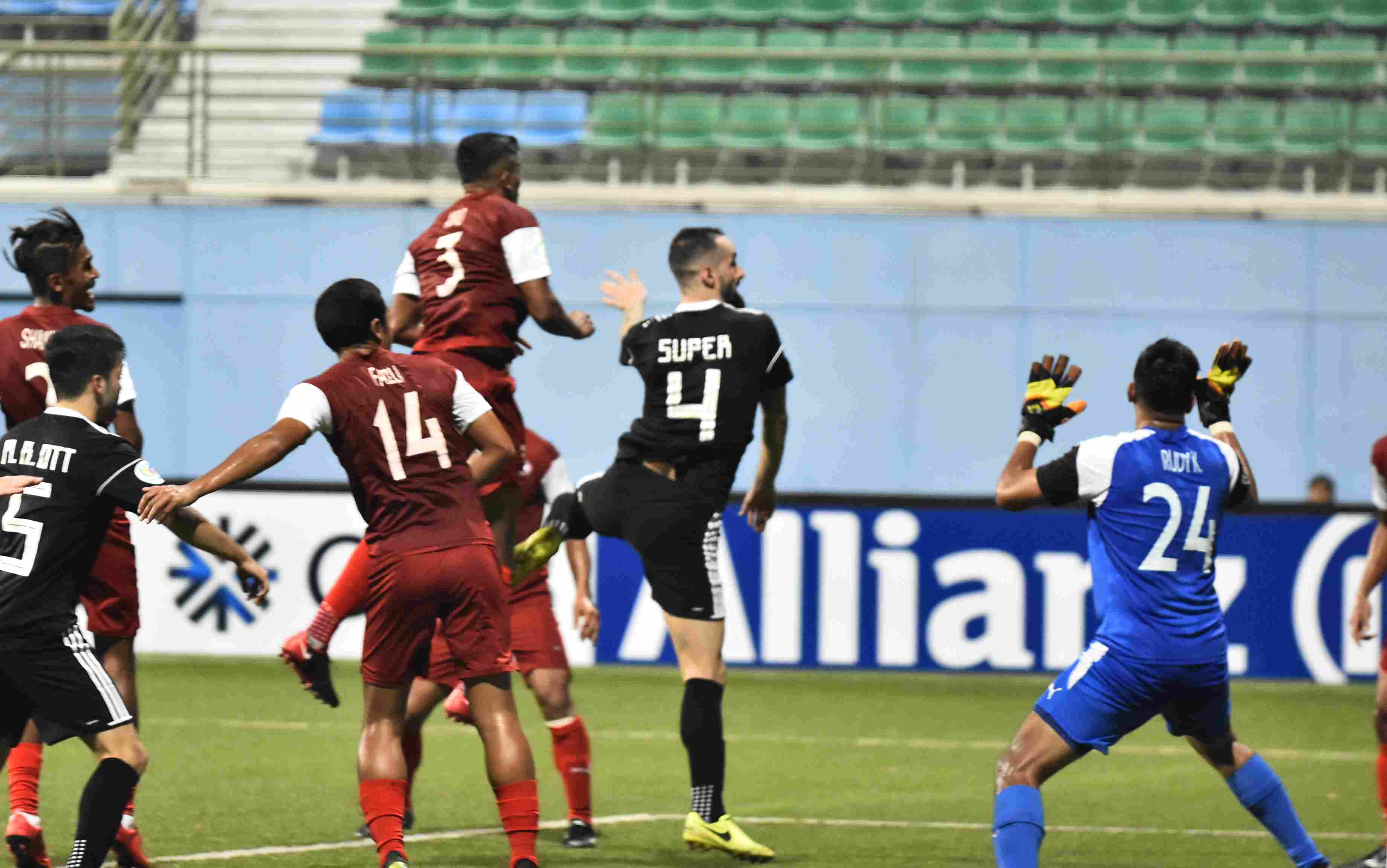 Ceres-Negros FC clawed back from an early deficit to finish 1-1 against Singaporean club Home United last February 27 at the Jalan Besar Stadium. Shahril Ishak and  Manuel “Super” Herrera were the goalscorers in the tightly contested match.

It was the visitors who found the back of the net early in the match with Bienvenido Maranon but the assistant referee raised the flag for offside in the 7th minute.

Referee Shaun Evans pointed to the spot just moments later when Sirina Camara took down a streaking Patrick Reichelt inside the box. Maranon stepped in to take the penalty but his shot bounced off the post and was immediately cleared by the defense.

Both teams had dangerous opportunities later on when Reichelt won a corner where the resulting play saw Carli De Murga’s header handled well by Rudy Khairulla. A dangerous ball passed in the face of the Ceres goal but Shahril could only manage a ball to the side netting for Home.

The Australian referee pointed to the spot again in the 21st after Amy Recha fell down in the edge of the box. The Ceres defense argued on the call but Shahril made no mistake from the spot to put the home side ahead.

The Filipino squad pushed for the equalizer afterwards but had difficulty figuring out the United defense. Their best chance came in the 33rd when Sean Kane slid through the defense but his left footed shot went straight to the side netting.

Both teams were in a dogfight in the remaining minute of the half Schrock and Song Ui Young were both the dangermen for their teams but none of their chances came into fruition.

Amy Recha had the best chance a minute from time when an Early counter forced Tony Doblas off his line. The ball fell into Amy whose shot to an open goal sailed over the crossbar. The half ended 1-0 in favor of the Protectors.

Things didn’t go well for the home side early in the second half when Camara was again booked for another dangerous tackle against Reichelt putting United down to ten men.

Ceres were on an onslaught minutes later but attempts from Schrock, Kevin Ingreso, and Maranon were dealt with by the steady Home defense.

Manny Ott checked in for Ingreso in the 60th minute to help chase the equalizer for the visitors. His delivery in the 68th minute allowed Maranon a header but the attempt was again off target.

Home United brought in additional defenders midway of the second half making it difficult for the Philippine squad to penetrate the tight defensive line.

Mike Ott won a corner in the 78th minute to setup what eventually was the game changer for Ceres. Manny Ott delivered a free kick directly to Super who nodded it to the back of the net to make it 1-all.

Substitute Takumi Uesato had a golden chance in the 86th minute when he controlled a high ball well in the box but his left footed shot however was found wanting.

The last chance in the match fell to Maranon but the Spaniard only managed a shot wide of the post. Five minutes were added on but the Home United was steadfast in defense leaving the result to a 1-1 draw.

“We expected a very hard game,” said Coach Risto Vidakovic. “Its never easy to play in this pitch because its very hard. But after what we saw in the first half, I can be happy with the draw. We didn’t play good in the first half but we improved in the second. I think that 1-1 is a good result for us,” he added.

“When the team other team have five defenders, its very hard for us (to play) because there is no space,” said Man of the Match Super Herrera. “But I think, like the Coach said, it’s a good score for us. We are playing away from home so its okay for us.”

Vidakovic later on lamented the poor start of the team which dictated their performance in the first half. “I think we started the game not like we usually do. I think everyone was overconfident and thought that it would be easy. In the Champions League, we had good games but we need to adjust to the AFC Cup. We have to know that every game is very important in the group stage so you cannot give points away,” the Ceres mentor added.