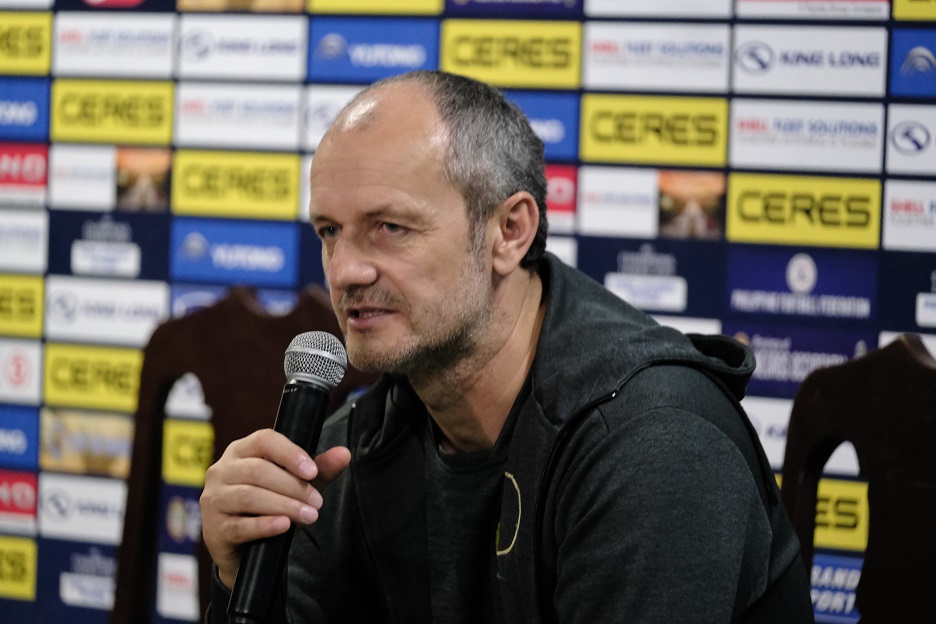 Ceres-Negros FC Coach Ristov Vidakovic was all praises to his team after an emphatic performance in Match day 2 of the AFC Cup. The Philippine champs ran off with a 3-1 victory over Becamex Binh Duong in Vietnam.

“I cannot say anything else, just that I’m very proud of them,” said the Ceres Coach. in the post match press conference in Binh Duong. “They gave everything and followed the game plan. It was very hard for us especially because its still the preseason and we didn’t play for two weeks.”

The Ceres mentor was proud of his teams reaction after the home team equalized which saw two brilliant team goals after they conceded an equalizer against the V League 1 side in the second half. Vidakovic noted the difficulty leading into the match but was more than happy with the result.

“It wasn’t easy to prepare but they followed every single instruction movement. they were disciplined for ninety minutes. I cant say anything else. They were really professional and I’m very proud of them,” he added.

The busmen will now focus their sights on Matchday 3 where they will face Indonesian giants Persija Jakarta in a top of the table clash on April 3 at the Panaad Stadium.