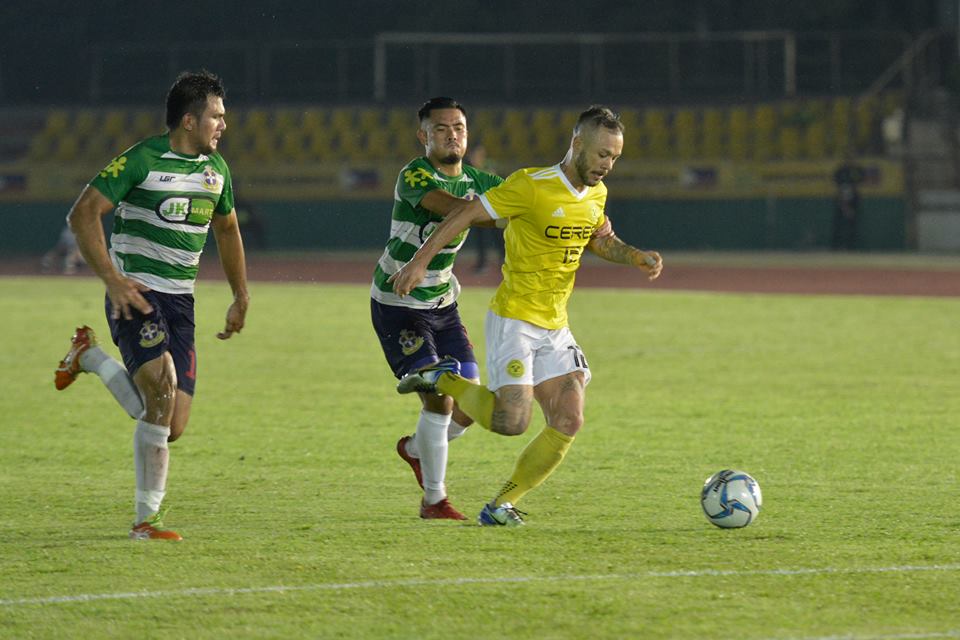 Stephan Schröck was in a confident mood after Ceres-Negros dispatched of JPV Marikina last Wednesday night beating the visitors 4-1 at the Panaad Stadium.

The versatile playmaker bagged his second straight man of the match award after scoring two goals against JPV, similar to his impressive output versus Global last week.

The many-time Azkal credited his teammates for a good performance in the match that saw them go down to ten men but still managed to get a convincing display at home.

“The team makes it very easy like the last game,” said the Ceres star. “We have some struggles of course but we cant blame anyone when we play every three days. Just happy to get the good result,” he added.

The win has pushed the Ceres-Negros to 35 points in the standings after passing the halfway mark of the league. The busmen opened a 12-point gap with the win with eleven matches left in the season

“(Already) looking forward to the second PFL trophy,” he ascertained. “We will get it regardless. We’ve been working for that every day with hard work, true work, and in the end of the season we’ll get the trophy.