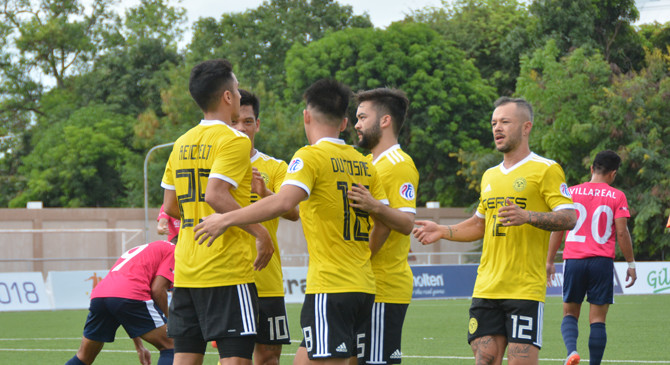 Ceres-Negros FC scored an emphatic vitory over Stallion Laguna winning 6-2 last May 30 at the Binan Football Stadium. The Busmen raced to a six goal lead before conceding late in the match.

A great one-two play from Mike Ott and Joshua Dutosme allowed the defender spaced on the left wing to cross towards Patrick Reichelt. The striker made no mistake to beat the keeper and earn the 1-0 lead in the 9th minute.

The busmen didn’t waste any time before getting back on the scoresheet. OJ Porteria slotted in the second goal after his initial try was blocked and then deflected back in his path. 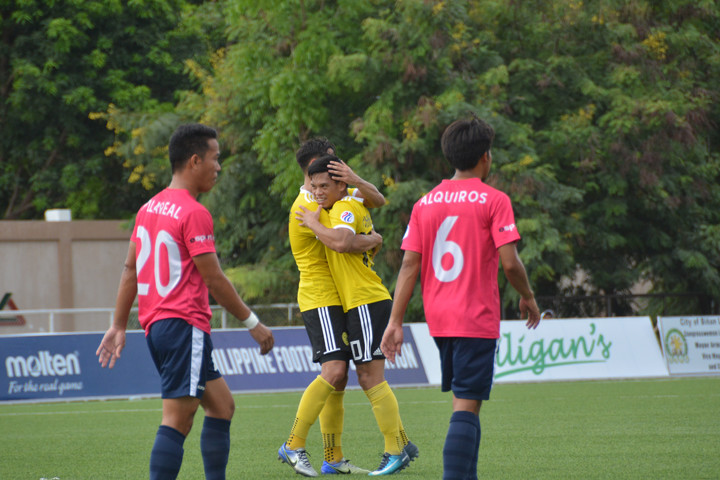 Ceres had a chance to make it 3-0 but three-on-one counterattack was foiled by the Stallion defense. Jess Melliza had a chance from outside the box but his shot went straight to Toni Doblas.

Mike Ott and Reichelt had twin chances late in the half but they couldnt find the back of the net. Ceres had a cheeky chance off a corner but the resulting try by Porteria went straight to Pepito.

Stephan Schrock had chance in injury time but his solo effort was covered well by Stallion. The half ended with the visitors leading 2-0.

The Negros squad pushed the tempo leading to twin chances that were wasted early in the second half. Laguna had another chance through Melliza but his volley attempt was way over.

Ceres-Negros made it three when a good through ball allowed Schrock to skip past the keeper before releasing to Mike Ott who chested in the goal.

Stallion Laguna made a blunder minutes later when Jason Cordova headen in a Mike Ott ball towards the back of the net to make it four in the 58th minute. 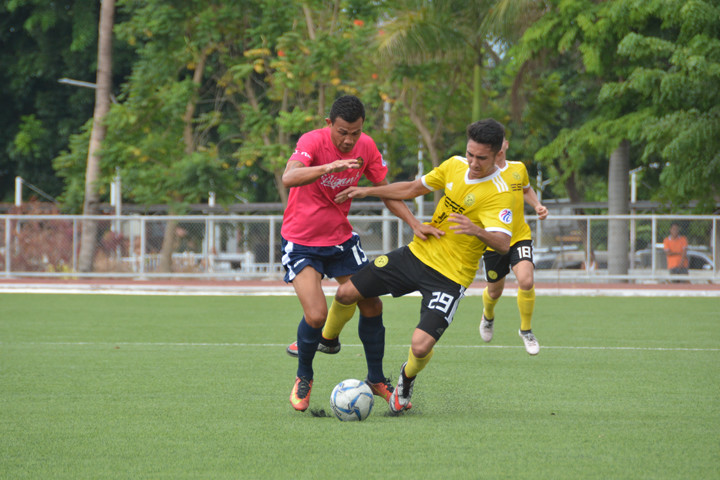 Marco Polli struck well from a free kick but Doblas was there to punch the effort. Melliza had a golden chance to score but his ball was just wide of the post.

A great team effort made it five moments later when Mike Ott let through a Porteria cross which allowed Kevin Ingreso to strike one past the keeper in the 64th minute.

Porteria made it 6-0 after 71 minutes when Patric Reichelt broke through the Stallion defense before laying off to Porteria who went past his marker to complete his brace.

The home squad scored two consecutive goals minutes later to the delight of the home crowd. Abou Sy scored off a header while Arboleda broke the trap to make it 6-2 in the 77th.

Ceres had good chances to score more in the final minutes but were unlucky not to find the back of the net. Substitute Takumi Uesato hit the inside of the post while Ingreso’s free kick was tapped out by Pepito.

“The game was more important to us than it was on paper,” said Man of the Match Patrick Reichelt. “For us to take the win now and have eight point gap will make it more comfortable for us going to June-July where we have a more tight schedule. We’re ahead now, we can relax more, and overall a good three points,” he added.

Ceres assistant Ian Treyes was delighted of the unexpected result. “We came here to get the three points. We are so happy that our objective was achieved and hopefully we can do well in our our other game here this weekend,” said Treyes in reference for their match against JPV in Biñan this weekend.

The Negros squad opened an eight point gap at the top of the table before opening their June campaign on Saturday.