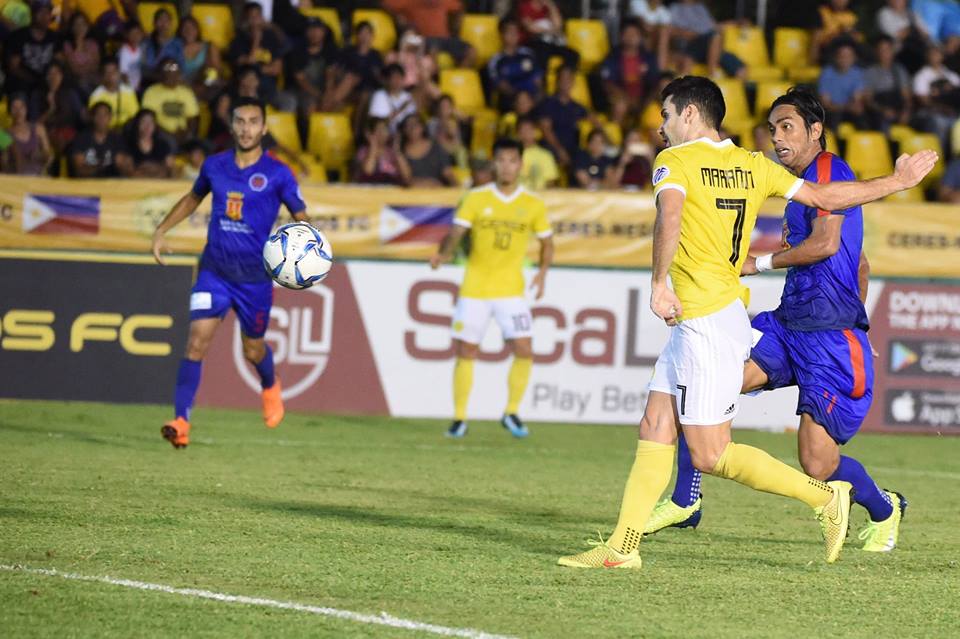 Ceres-Negros FC produced an attacking masterclass in the second half when they thumped down the Davao Aguilas 3-0 last May 23 at the Panaad Stadium in Bacolod City.

OJ Porteria scored the opener while Bienvenido Maranon scored a brace in the second half to complete the comprehensive win.

It wasn’t easy at first for the Busmen as the Aguilas pressed high to forced the makeshift defense to some near errors early in the match.

Toni Doblas controlled a one-on-one versus James Younghusband in 7th minute to prevent an early scare. 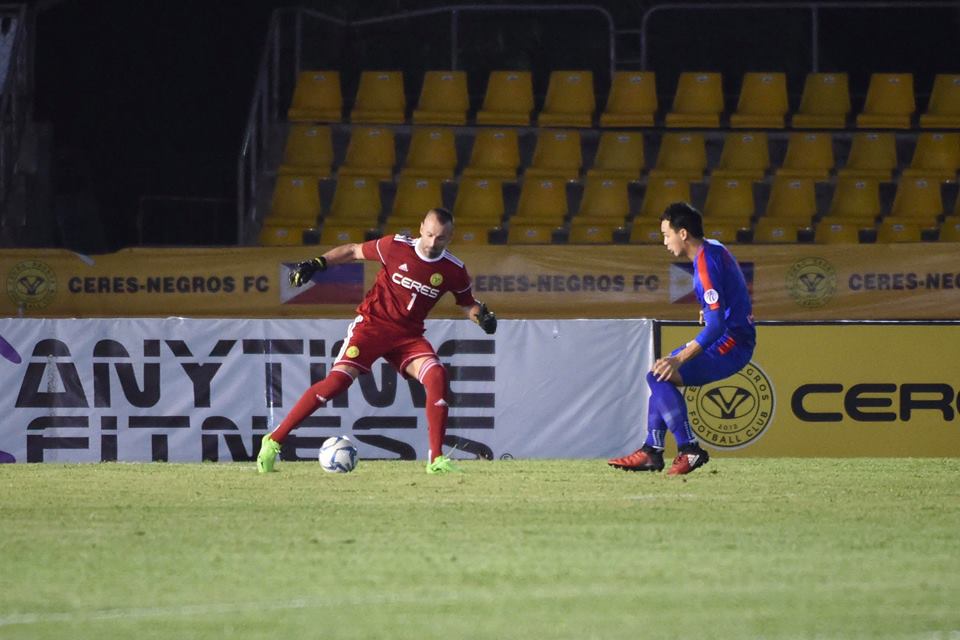 Ceres almost opened the scoring when Porteria broke away before releasing to Mike Ott who uncharacteristically missed an open shot on goal in the 11th minute.

The home squad earned took control of the action later on when Kevin Ingreso won the ball before releasing to Maranon. The Spaniard tried to skip the ball past Ronilo Bayan but the ball curled just a foot wide.

Davao had clear opportunities in the latter part of the half forcing Jeffrey Christaens and Martin Steuble to saves in the goal line. Younghusband would have the best chance in the 37th but his attempt went straight to Doblas.

It was in the 44th minute when things went Negros’ way after Simone Rota tackled Maranon in the box. The defender caught the Spaniard on the leg forcing the referee to point to the spot.

OJ Porteria stepped-in for the spot kick and made no mistake to put the home squad ahead at the half.

The Busmen were rejuvenated in the second half by earning three good chances from Mike Ott and Maranon.  The Aguilas had a golden chance to equalize but Doblas foiled a chance from Dylan De Bruycker off a one-on-one.

The PFL Champs made them pay later on when Omid Nazari broke away to the far right before releasing to Maranon who simply slotted the ball for the second goal.

Ceres-Negros made it 3-0 minutes after a good through ball by Manny Ott to Porteria allowed to winger to cross towards Maranon who completed his brace and effectively killing the match.

Phil Younghusband and substitute Patrick Reichelt would have chances of their own but the result stayed till the final whistle.

Ceres Assistant Ian Treyes talked about the difference of play as the busmen were sluggish in the first half but was better in the latter half.

“In the first half everyone wanted to attack and play forward but we forgot our game plan and  didn’t move the ball well. Good thing we adjusted in the second and our performance was much better,” said Treyes.

Man of the match Bienvenido Maranon had nothing but praises for his team in today’s performance that catapulted them back to the top of the table.

“This team is amazing. It was has hard for us this time last week but we came back strong. Its normal in the first half that we have to fight a little bit because they are more fit and are more conditioned but in the second half we got more of the goals and we showed them how we can play in Panaad,” said Maranon.

The win put the Negros squad on top with 18 points from seven matches and are followed by Kaya FC who were pegged to 16 points after their loss to Global.The Busmen will now face Stallion Laguna in Binan on Saturday, May 26.