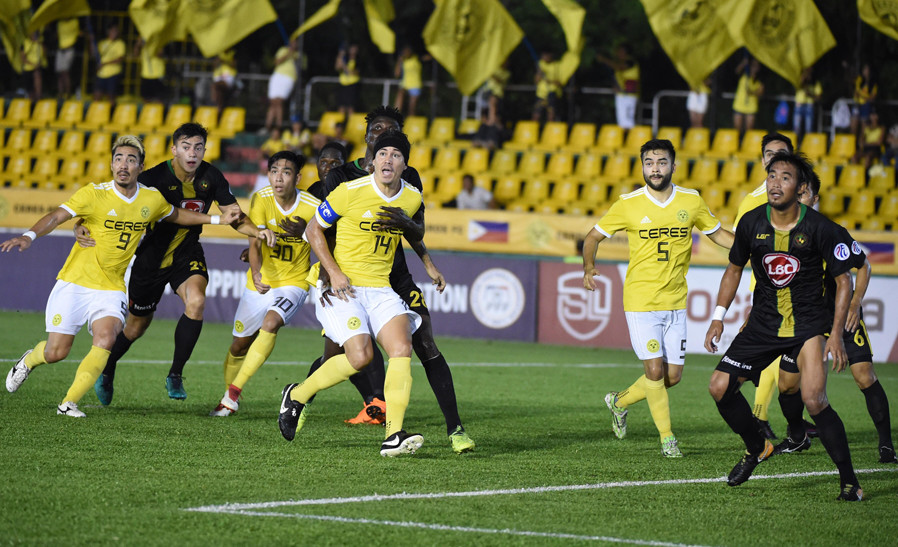 A top of the table clash beckons as Kaya FC-Iloilo hosts Ceres-Negros FC in the port city for the first time on June 9, Saturday, at the Iloilo Sports Complex.

Ceres-Negros leads the Iloilo squad by six points on the standings after having played eleven games each.

The teams first met last April 4 in Panaad where the busmen came from a goal down to snatch a 2-1 win.

It was Iloilo who had the last laugh in their last meeting as they won 2-0 against the Busmen in Panaad who were in between semifinal matches in the AFC Cup.

Alfred Osei and Robert Lopez Mendy were the goalscorers in the tightly contested match that saw Ceres lose points for the first time this PFL season.

Both teams will be missing several key players in the highly anticipated match due to injuries and suspensions.

Jordan Mintah is out due to a knee injury while Osei and Mendy are suspended for the match. Kevin Ingreso will be out for accumulated yellows while Bienvenido Marañon and Manny Ott are recovering from injuries.

Ceres-Negros will be on their sixth match in eighteen days and will be playing a well rested Kaya squad who have had more time to prepare with the absence of key players.

Kickoff is set at 4pm at the historic venue with plenty of Ceres supporters expected to attend. The match will be shown live vis PFLtv.ph.