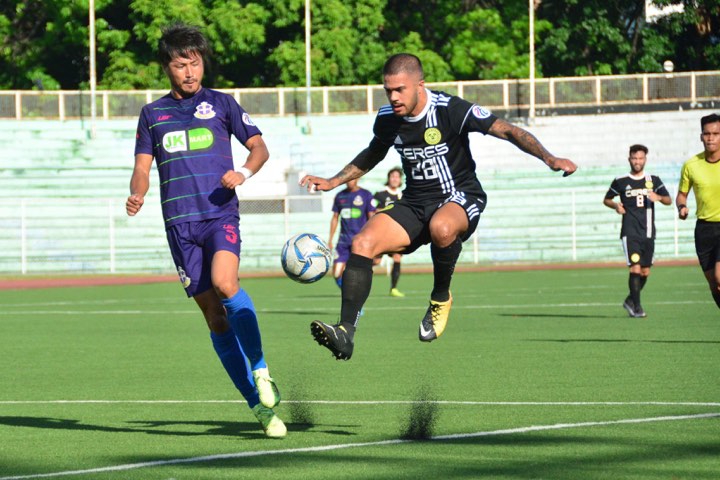 Ceres-Negros and JPV Marikina meet for the third time this season in the PFL on June 2, Saturday, at the Binan Football Stadium in Binan, Laguna.

The Negros squad has mastery over Marikina after two outings with consecutive 3-0 and 4-1 victories. Former JPV striker Takumi Uesato was the topscorer in the first match while Patrick Reichelt was the leader in the second.

Uesato, who limped out of the first match after scoring two early goals, is focused on giving his best regardless of whether he’ll play his former team.

“It doesn’t matter who we play against,” said the Okinawan. (What’s) important (is)  every game we just play we will do our best for tomorrow,” he added.

Ceres Coach Ian Treyes is focused on continuity as they traverse a very challenging set of fixtures at this point in the season.

“We still have to continue with our tactics and our play for the last few games. Everyone must have rest and recovery because  we have a game every three days,” said Treyes.

“As the team is now only concentrating on the league, I think we can perform well and I know every team in the league will go all out against us so we must give two-hundred percent all the time,” he added.

Ceres-Negros will go up against a well rested JPV squad who dropped their last game against Global also in the same stadium. The Busmen are looking to continue their form before they travel back to the Visayas for two more matches.

Kickoff is set at 4pm with the match shown live over PFLtv.ph