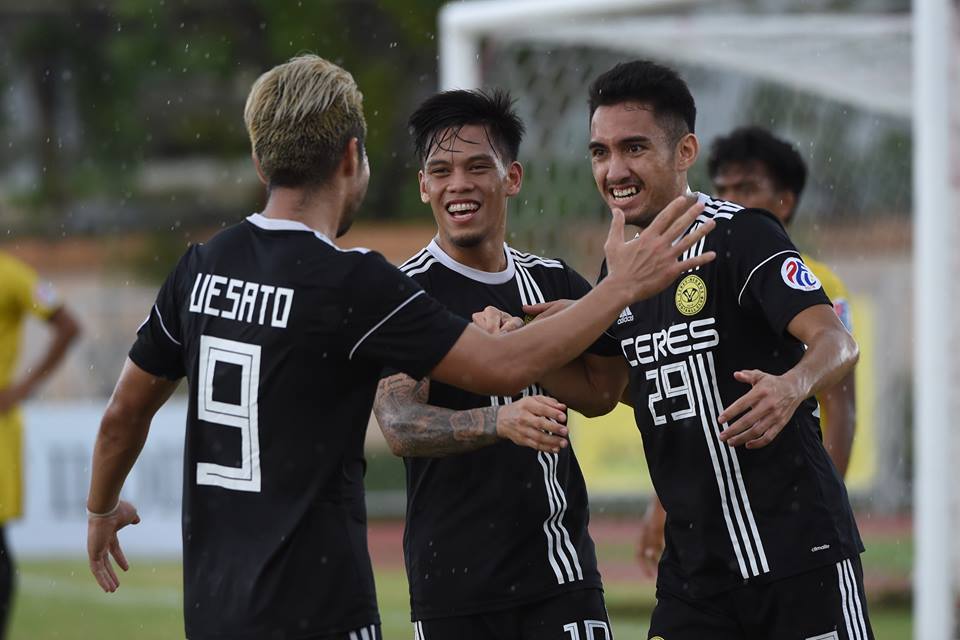 Ceres-Negros FC produced a great performance in Iloilo to beat Kaya FC 1-0 last July 11 at the Iloilo Sports Complex. Patrick Reichelts strike and Toni Doblas’ outstanding play made the difference for the busmen.

The visitors had the best chance early in the match when Carlie De Murga attempted a shot off a corner which was saved well by Ace Villanueva.

Kaya had a good opportunity in the 7th minute when Eric Giganto latched on to a ball inside the box and tried to curl one towards the top corner but Doblas was there for the fine stop.

The busmen went ahead in the 15th minute after Takumi Uesato eluded the offside trap before he issued a ball towards Reichelt who tapped in the go ahead goal.

Ceres had the best chance to double the lead in the 28th when Reichelt layed off to Mike Ott. Tacusalme however denied Ott when he headed his chance off the line and initiated a Kaya counter that was thwarted by Junior Muñoz.

Kaya went down to ten men when Robert Lopez-Mendy pushed Amani Aguinaldo from behind to earn his second yellow and a sending off in the 34th minute.

The home squad had a chance minutes later after twenty-yard shot from Mike Menzi but it was saved by the keeper. Reichelt had a golden chance for a brace before the break but his solo effort went straight to Villanueva. 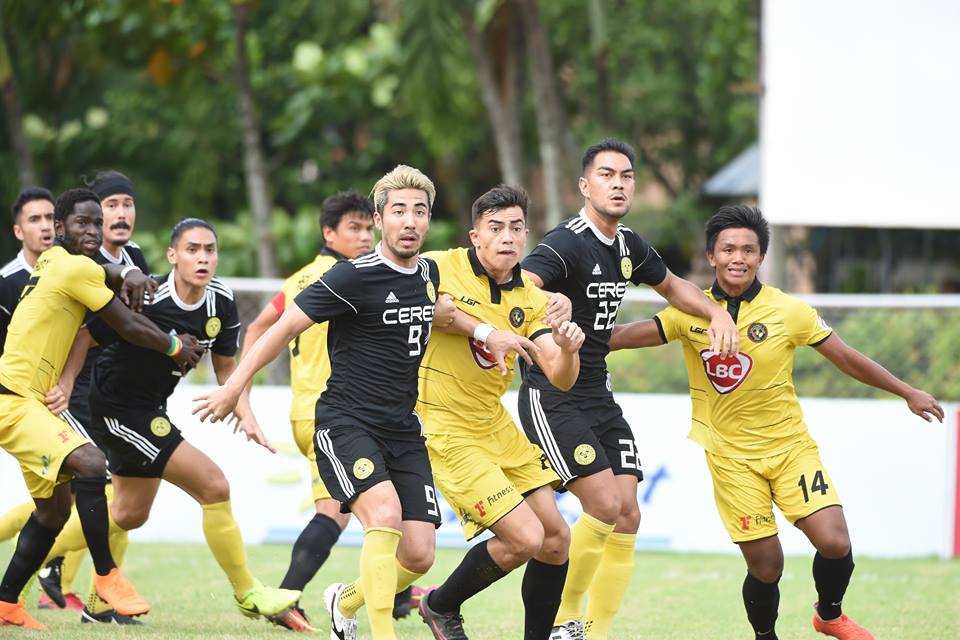 Iloilo threatened from the start of the second half even if they were a man less. Jovin Bedic shook off some defenders before blasting a shot that went over the bar.

Ceres wrested control later on when Porteria stole the ball from a defender to try his luck from the edge of the box. Villanueva however denies the winger of his chance. The Kaya keeper was at it again when he blocked a solo effort from Muñoz in the 70th minute.

Substitute Bienvenido Marañon tried to redirect a cross into goal but Villanueva did well to block the effort. He would have another chance minutes later but his attempt off a deflected ball was a foot wide of the open goal.

Kaya FC had the best chance to equalize in injury time but Jayson Panhay’s well placed shot was tipped away by Doblas. Ceres held on for the win and break Iloilo’s unbeaten streak at home. 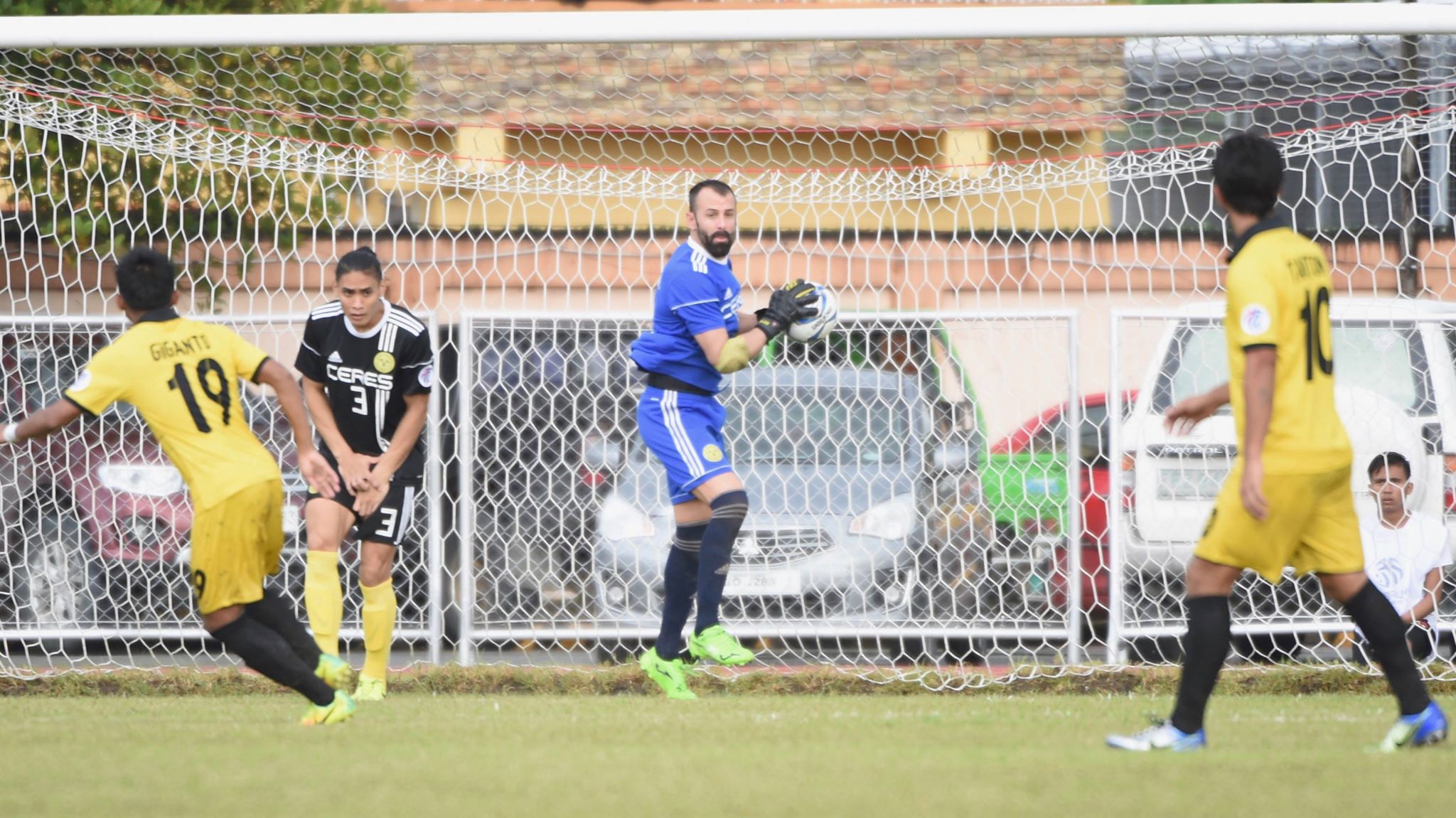 Man of the match Toni Doblas was all praises for his team for playing well under tough conditions against in Iloilo.

“It’s always difficult against Kaya  because they are a good team and they have plenty of motivation. Today the weather was bad, the pitch was very difficult, but I’m very very proud of my team because we played smart. No easy game for us but we are very happy,” said the veteran keeper.

Ceres Coach Risto Vidakovic was happy with the win despite the extra physical displays shown by the home side in the last couple of games.

“As always, we are trying to play football and I think we beat them with good football. It was a very fair game,” said Vidakovic. “We are now one step closer to the title, maybe we can now focus on the AFC Cup.

Ceres-Negros are now nine points away from the league title with six games left in the league season. They will now travel to Davao Thursday morning for their final away match in Tagum City.