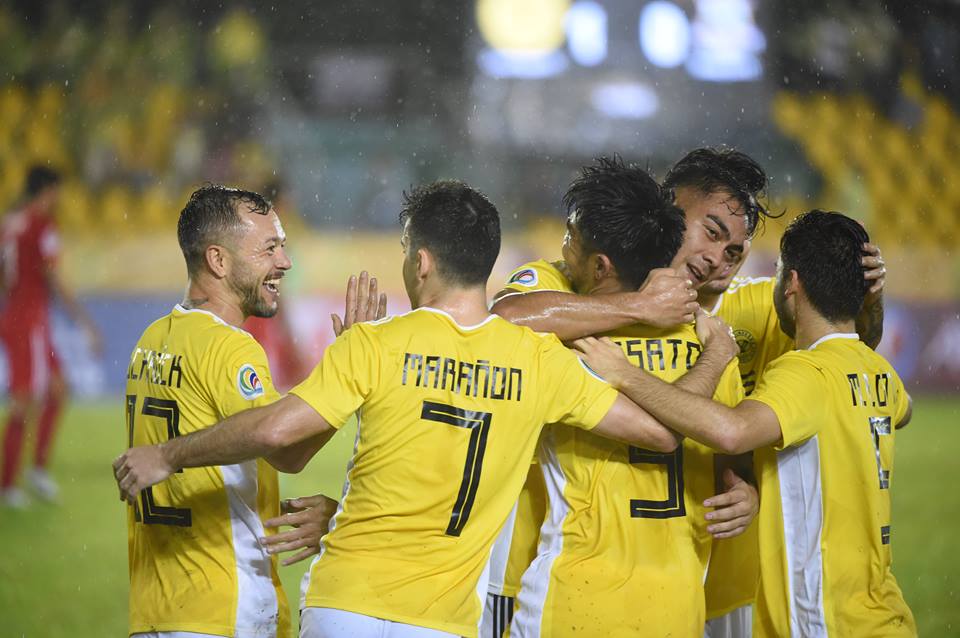 Ceres-Negros FC banked on a methodical 3-0 victory at the expense of JPV Marikina last April 14, 2018 at the Rizal Memorial Stadium. Takumi Uesato scored a brace while Bienvenido Marañon added a goal for the Negros squad.

Still fresh from their victory from the AFC Cup, the busmen controlled the pace of the match and were rewarded early with an Uesato goal. The Japanese striker took advantage of the loose JPV back line to set up a one-on-one with Nelson Gasic which he took full advantage for the 1-0 lead.

Uesato doubled the lead in the 31st minute when he received the ball in the edge of the box and struck a left footed shot past the keeper. He was taken out five minutes later after a contusion from the first goal and was replaced by Patrick Reichelt.

The Marikina side had their best chance in injury time but Kennedy Uzoka headed glanced the ball over the Ceres bar. The half would end with the Negros squad having the 2-0 lead.

Ceres-Negros started strong in the second half with a run by Maranon in the box. The Spaniard was brought down by the defender but no call was made by the referees.

Omid Nazari blasted a chance from the edge of the box but Gasic was there to make a good save. Stephan Schrock had his attempt block minutes later which was rebounded by OJ Porteria but the try was wide of the post.

Uzoka made Toni Doblas work in the 53rd minute when he tried to curl one from distance but the veteran easily tamed the effort. Ceres almost scored a third goal when Maranon evaded Gasic in the box. The Spaniard found his balance after the play and laid off to Porteria but his shot was blocked again.

It didn’t take long for Ceres to get its third when a Porteria through ball to substitute Kevin Ingreso allowed the midfielder to lay-off to Maranon who calmly scored the third goal in the 64th minute.

JPV Substitute Aaron Altiche broke on a couter and tried a long distance attempt but this shot was over the bar. Ingreso and fellow substitute Manny Ott had chances of their own but their didn’t pan out.

Ceres would push for another in the dying minutes but a good defensive stand meant that the score would end with only three goals in favor of the Busmen. 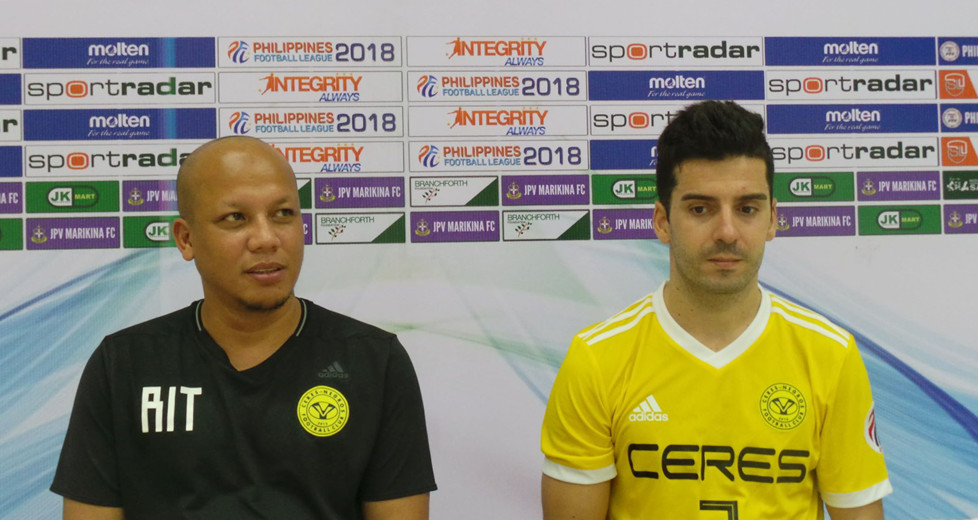 “I feel so happy because we got the three points. Its so hard to get the win after the long travel to Cambodia. But I think did a really good job and I think we deserve this win,” said Man of the Match Bienvenido Maranon.

“Everyone is very happy on how we played tonight,” said Ceres assistant coach Ian Treyes. “We scored three goals and dominated the possession even if we had only one day preparation. The way the boys played tonight, we could not ask for more. Maybe I can give them a break tomorrow,” Treyes added in jest.

The Busmen will face Global Cebu FC on Wednesday for their midweek encounter in the league.