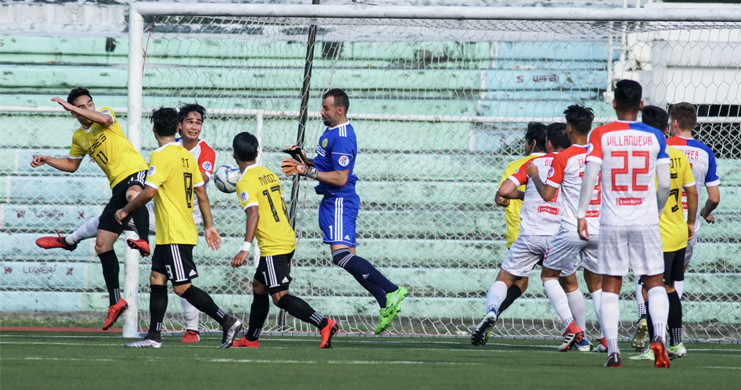 Ceres-Negros maintained its unbeaten run in the Philippines Football League after they hammered out a 2-0 victory over a the dangerous Davao Aguilas last May 2 at the Rizal Memorial Stadium in Manila. Bienvenido Marañon and Mike Ott scored the goals while Toni Doblas was declared as man of the match.

The home squad had the best chance early in the match when Angel Guirado sent a good ball towards Harrison Sawyer. The Australian headed well towards goal but Toni Doblas stepped up to make a fine save in the 4th minute.

Ceres-Negros wrested control of the match after a good spell by Davao early in the match. Marañon slid into the box for a shot but the ball went wide. Manny Ott and Marañon linked up well in the 21st minute but the Davao defense cleared the ball to safety after the shot from Ott.

Both teams struggled to create under the searing heat with temperatures reaching 36 degrees with a heat index of 42 degrees. It was only in the 42nd minute where a moment of brilliance saw Ceres going ahead. Marañon casually ran into the box before unleashing a glorious chip over Nick O’Donnell to score the opener.

The Aguilas had a good chance to equalize on a breakaway in the 52nd minute through the James Younghusband. Sawyer broke free on the left hand side and found Younghusband who evaded his marker before unleashing a point blank shot. Doblas however was there to thwart the attempt to keep Ceres on the driver seat.

Stephan Schrock sent a well-timed ball to Marañon but the Spaniard’s attempt went straight to the keeper. Mike Ott had a chance moments later when he broke through the trap to set-up a one-on-one with O’Donnel. Ott’s initial chance was blocked by the keeper but he persevered to secure the rebound to slot in the second goal in the 55th minute. 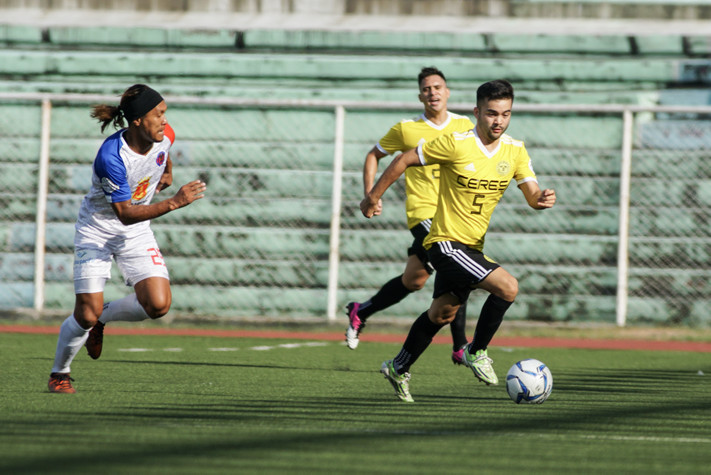 Davao tried to get a goal back minutes later but Doblas was there again for a wonderful save on Guirado’s attempt in front of goal. The Aguilas tried again moments later but the veteran keeper punched the ball out to safety.

Ceres almost made it 3-0 in the 66th minute with a Manny Ott curler but the Davao keeper stepped up to make a fine save of his own. Substitute Kim Sungmin had the final chance of the match when he tried to lob Doblas but the Korean’s attempt sailed over the bar.

Toni Doblas was declared the best player of the batch after another fine performance in between the sticks. The Ceres keeper’s shutout of the Davao Aguilas was even more impressive with the weather conditions.

“It’s different when you play very early the at 4pm. It’s impossible in summer. It’s inhuman,” said Doblas. The veteran also lauded his team for a great effort against the Mindanao squad. “They (Davao)are a very big team, second position in the table. In the first minutes they played better than us but we are a very resolute team,” he added. 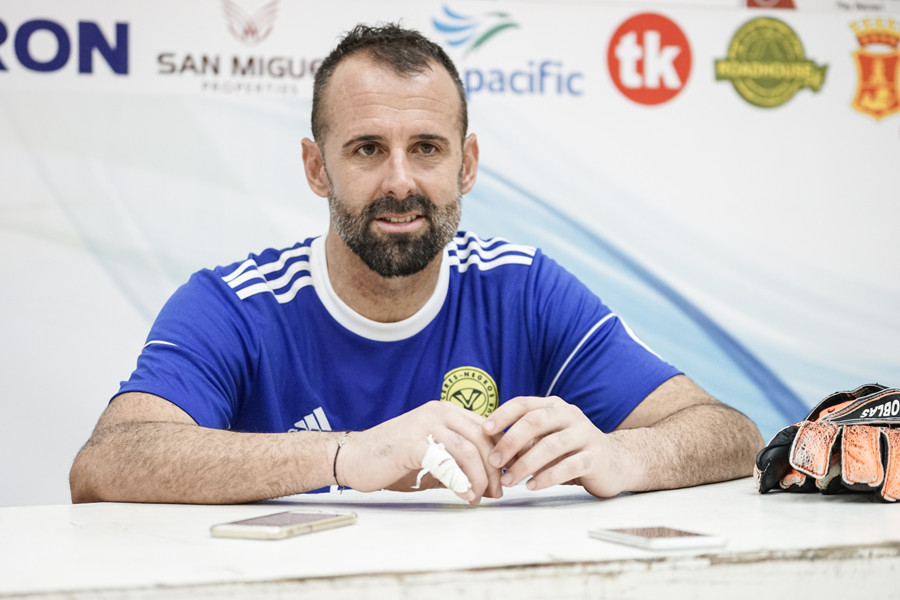 Davao Coach Marlon Maro also praised the keeper’s performance in the match for making the difference in tie. “Its exceptional. Aside from being an experienced goalkeeper, I think the leadership and how he manages his back line is a major advantage for Ceres,” said Maro.

Ceres Assistant Ian Treyes was happy with the team’s performance in in the first few games especially against the Aguilas. “Its important for is to have a good start of the season. We know that they (Davao) are a difficult opponent. They gave us a hard time to win this game,” said Treyes.

He also noted that the match is a good preparation for the bigger task ahead in the ASEAN semis. “We will pay Myanmar in the same weather and in the same time I think its very good you prepare the very important AFC games with very good teams like Davao. The motivation level is high,” he added.

Ceres-Negros will now prepare for its return in the Zonal semis of the AFC Cup where they will face Yangon United on May 9 in Bacolod and 16 in Myanmar.