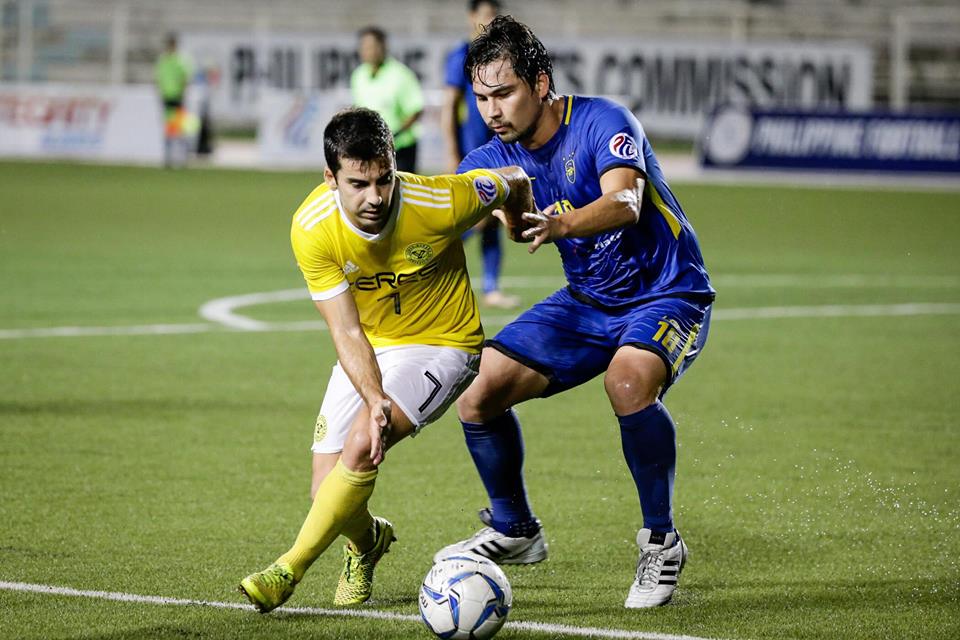 Ceres-Negros FC cruised to a 7-1 victory over Global Cebu last July 21 at the Rizal Memorial Stadium in Manila. Bienvenido Marañon topscored with a brace while five others scored a goal apiece for the emphatic win.

The busmen opened the scoring in the 18th minute after a clearance by Mulders in the Ceres box ignited a counter which allowed Maranon to sneak in a through ball towards Manny Ott.

Ott rushed to the opposing box but was fouled just before he was about to take a shot. Marañon stepped in for the spot kick and made no mistake to put Ceres ahead.

The Negros squad doubled the lead minutes later when new signing Curt Dizon blazed his way into the box and beat two defender before hitting the ball towards the far post for his debut goal.

Global clambed down well midway into the half to limit Ceres-Negros to plenty of half chances. Blake Powell smashed a Marañon through ball towards goal but Jun Badelic did well block the shot. OJ Porteria rebounded moments later but his attempt was a yard over. 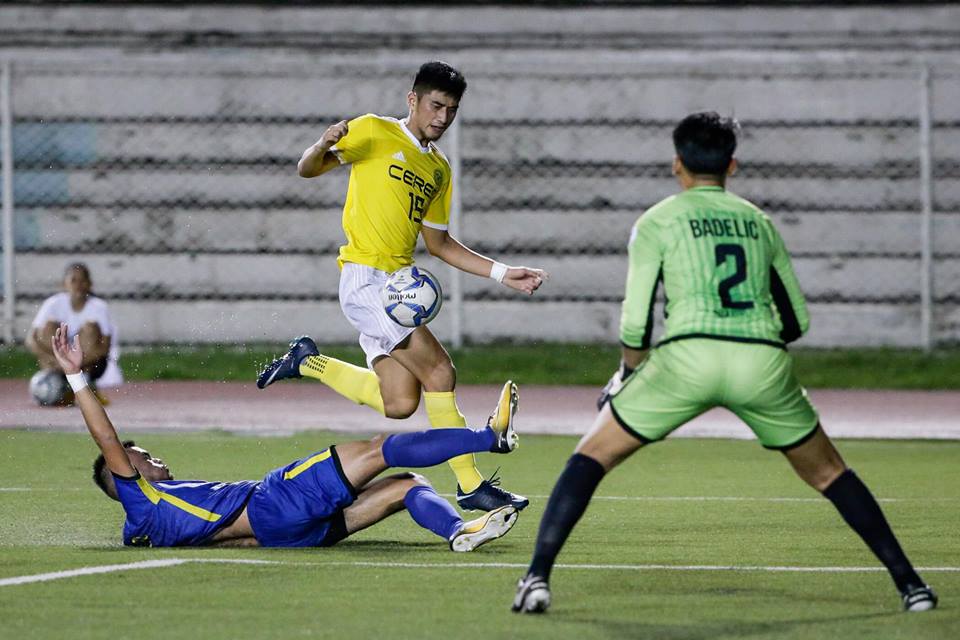 The Cebu keeper did a fine job just before halftime when Dizon attempted another shot on goal with Badelic stopping the danger. Ceres finished the half with a comfortable two goal lead.

Maranon was again rampant early in the second half when he attempted from point blank after a pass from OJ Porteria. His finishing got the best of him as the ball went past his target. The Spaniard wouldn’t be denied a minute later when Powell laid the ball in his path to score the third Ceres goal.

Powell had a good chance in front of goal in the 53rd minute with a volley but hit shot was blocked towards the side netting. Marañon tricked his defenders minutes and tried to chip the keeper but the attempt was over the bar.

Global Cebu had a goal of their own just before the hour mark when Jinggoy Valmayor headed towards the back of the net. The Global striker pounced on the ball after  a fine save by Toni Doblas off an initial header by Darryl Roberts.

Ceres-Negros had twin chance from Ott and Powell but both shots did not find their intended targets. It was in the 69th minute when Powell finally made it to the score sheet after he beat the offside trap and smashed in his first goal for the yellow and black.

The busmen continued their goal-scoring ways in the 74th when Porteria latched on a through ball before beating the keeper and a defender and tapped in towards the open goal to make it 5-1.

The defending PFL champs were not yet finished when substitute Omid Nazari struck well from twenty yards to drill in the sixth. Martin Steuble would complete the scoring after he nutmegged the keeper in the 89th minute.

The final whistle blew after a minute injury time with Ceres earning its 16th win in twenty-one games. Marañon was declared the man of the match after scoring two goals and dishing out one assist. 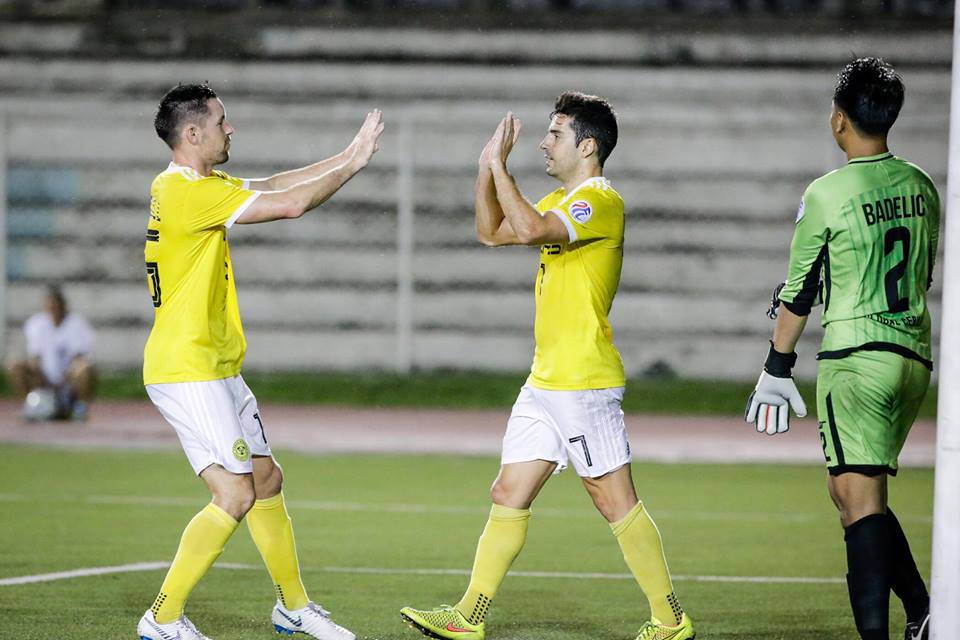 “I’m so happy for the goals but especially with the win of the team,” said Maranon. “With this win, the league is almost over and I’m happy for the victory.

The Spaniard was also delighted with how the new players jelled with the current core. “I’m very happy to play with them and also the rest of the players. Many of them they are really good players  so its very easy to play with them,” he added.

“Global is not the same team as before so it was very easy to beat them today,” said Risto Vidakovic. “I wish we had a better opponent in front because we are preparing for the AFC Cup. We are just trying to do what we practice in training in preparation for the finals,” added the Ceres Coach.

Ceres-Negros are just one point shy of their second consecutive PFL title which they can already clinch Wednesday night when they play with Global Cebu in their fourth match in the league.