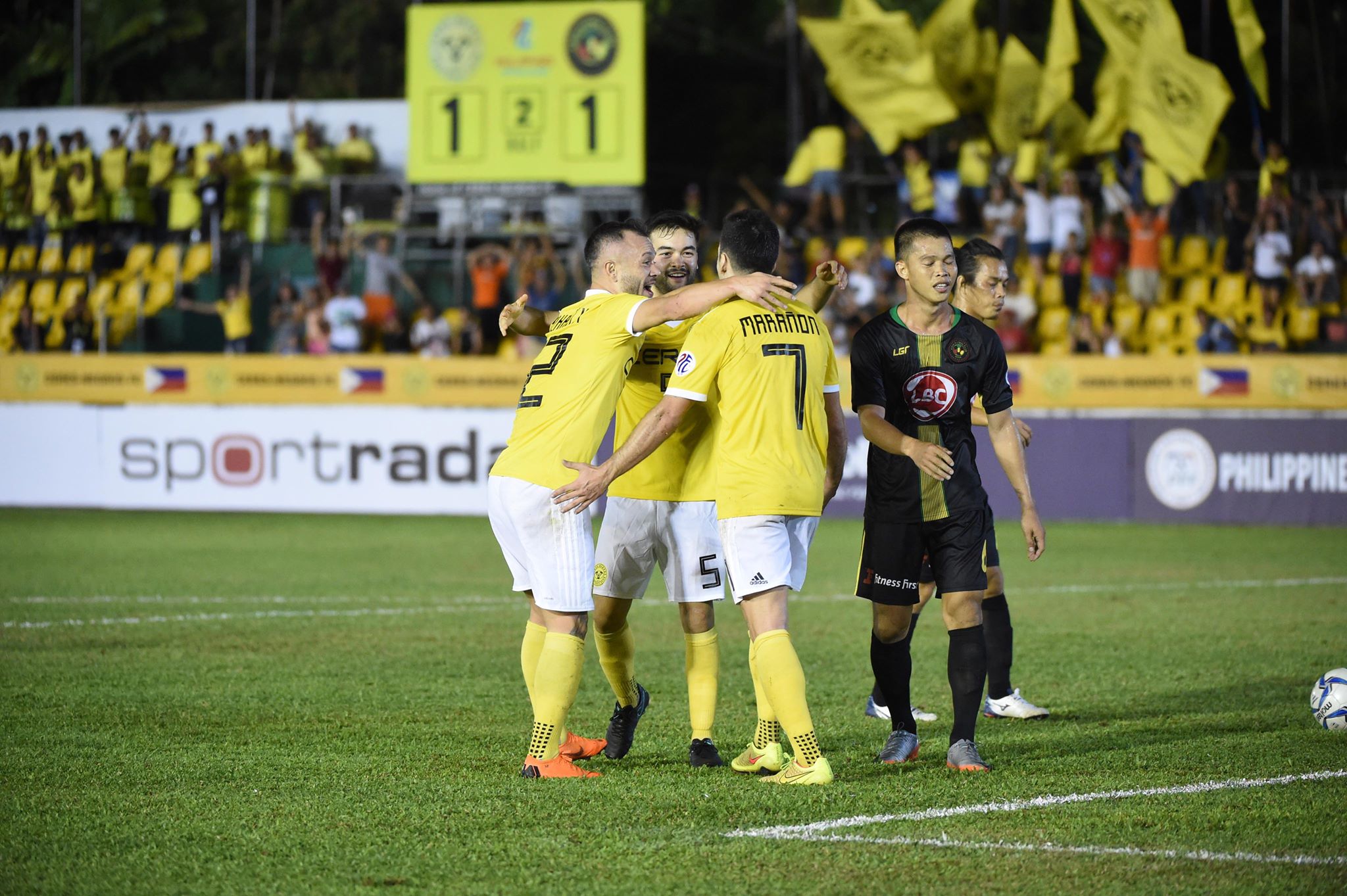 Ceres-Negros came from a goal down to score a 2-1 victory over Kaya Iloilo last April 4, 2018 at the Panaad Stadium in Bacolod City. Manny and Mike Ott scored for the home squad while Jordan Mintah added another for the visitors.

The Busmen started well in the attacking front as they put the pressure early in the match. Patrick Reichelt cut through the wings in the 3rd minute only to see his cross pass the face of goal. OJ Porteria was on the far end but his succeeding ball went out of bounds.

Takumi Uesato tried from inside the box in the 11th minute but his attempt was blocked well by the Kaya defense. The Japanese striker had another chance in the 26th minute but his left footed shot from a Reichelt cross was a yard wide. Miguel Tanton went for a free kick moments later but his ball went straight to Doblas. 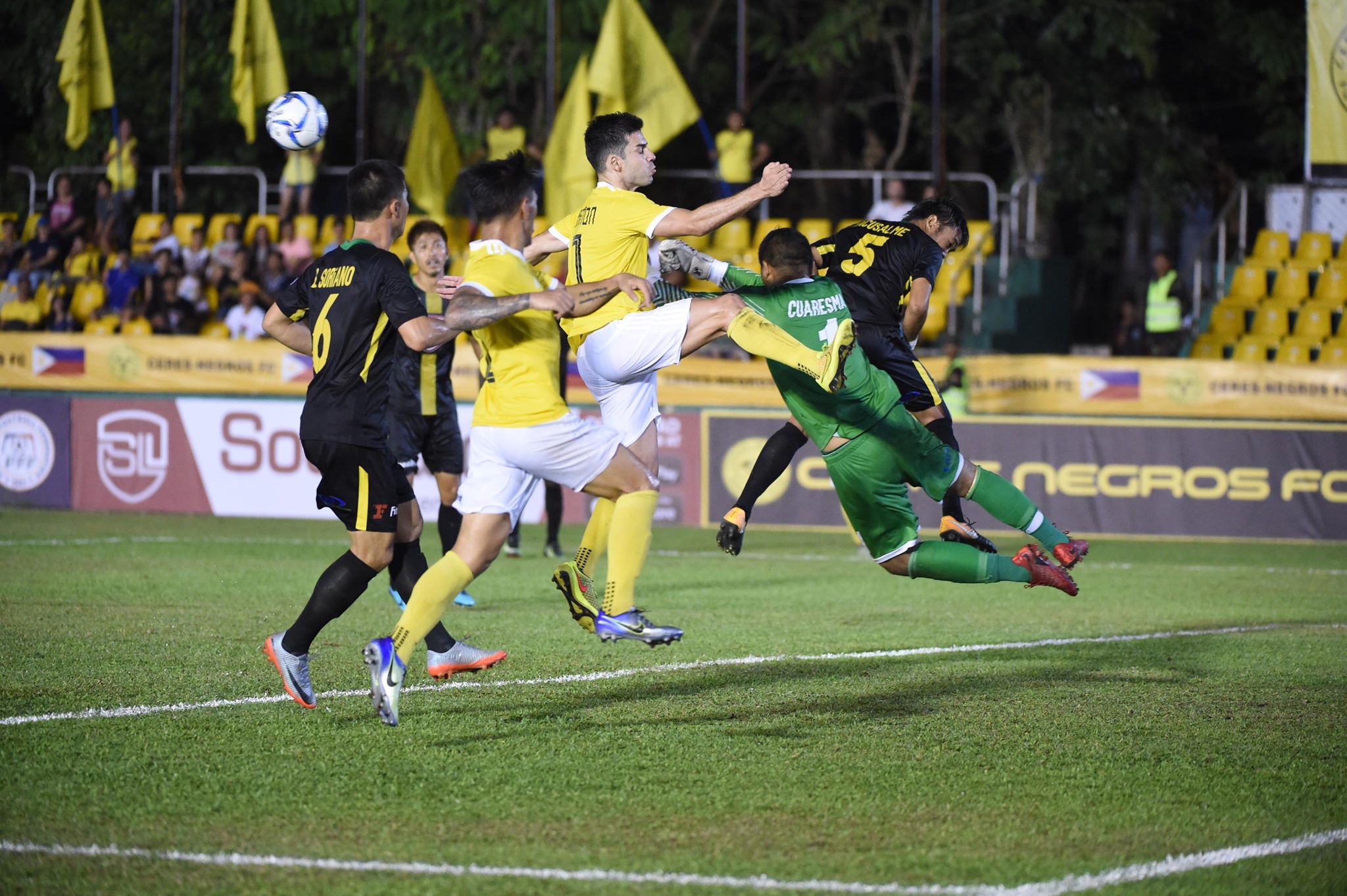 Bienvenido Maranon darted down the middle the half-hour mark to unleash a strike that curled off target. Mike Ott had his first chance minutes later but his attempt from the edge of the box went over the bar.

Both teams had good chances before the end of the half with Uesato striking a beautiful volley that which forced a good save from Ref Cuaresma. A deflected effort from Jovin Bedic looped towards goal but Doblas was there to control. 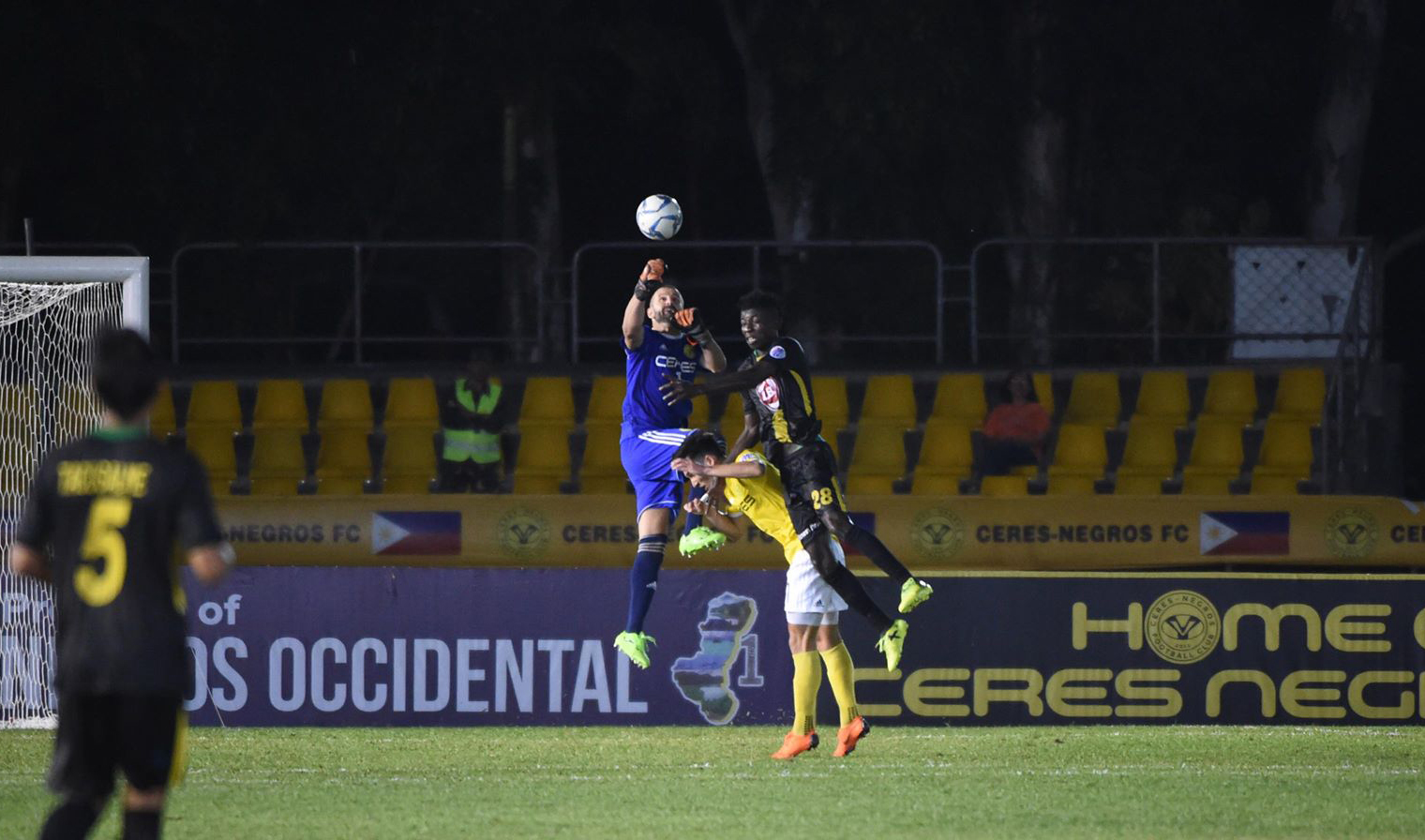 The home squad almost went in front when Reichelt redirected a Christaens header but the shot went over the bar. Ceres would pile on the pressure but the keeper was there to prevent any further attack.

Stephan Schrock came on in the 61st minute but his entry was dampened by a Kaya counter minutes later. Mintah surged on the wings and rounded the Ceres defense to score a goal against the run of play to put the visitors ahead.

Ceres put the ball behind the goal line moments later but referee Clifford Daypuyat waved off the goal in lieu of a foul on the Kaya keeper. Schrock had a golden chance to equalize but his strike off Cuaresma’s punch hit the crossbar and out.

Kaya had their best chance to kill the game in the 74th with a shot from twelve yards of the goal. Doblas was again there to tame the attempt and preserve the scoreline.

The home squad capitalized a minute later when Maranon delivered a great ball to Manny Ott to the edge of the box. The substitute smashed the ball to the bottom corner for the equalizer in the 75th minute. 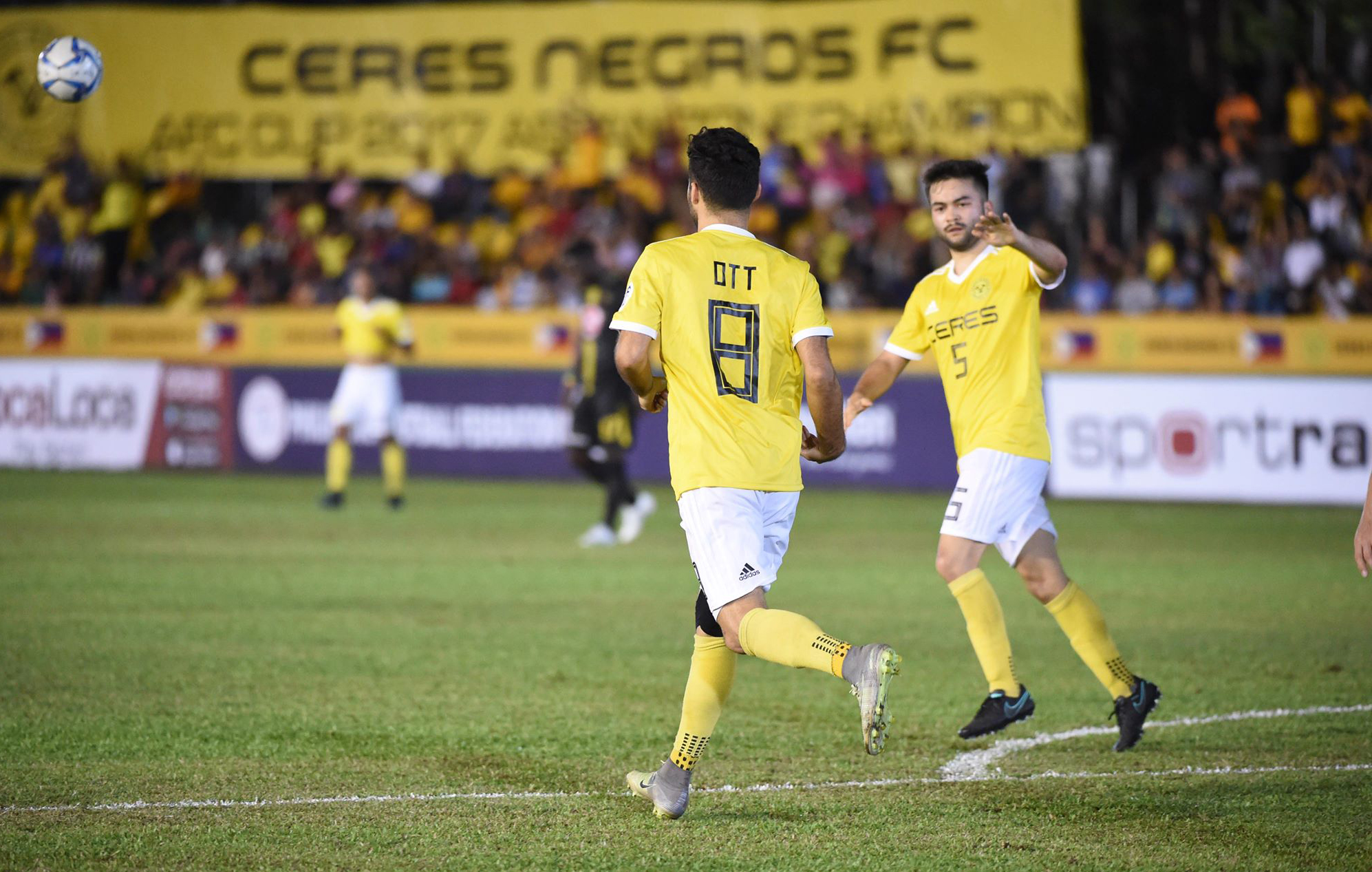 Carli De Murga redirected a Schrock free kick minutes later pushing the Kaya keeper to put the ball to safety. The Iloilo squad had their best chance to go ahead in the 81st when Robert Mendy broke free of the defense to unleash a shot to the top corner. Doblas made the save of the game at full stretch preventing Mendy’s shot from going in.

It was in the 85th when Schrock made a darting run on the wings before laying off to Maranon who almost lost the ball but recovered well before releasing to Mike Ott. The younger Ott made no mistake from inside the box to smash-in the go-ahead goal.

The full time whistle blew after three minutes of added time to give Ceres-Negros their first win in the 2018 PFL season. The Busmen will now train their sights in their away game in Phnom Penh against Boeung Ket FC on April 11.