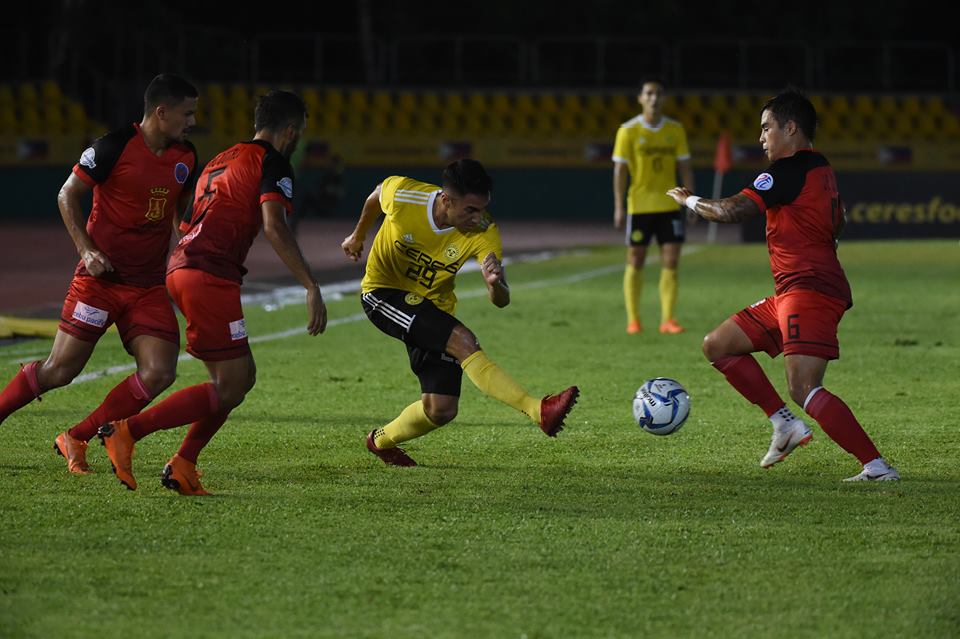 Ceres-Negros FC came from a goal down to win 2-1 over the Davao Aguilas last June 6 at the Panaad Stadium in Bacolod.

Carlie De Murga and Patrick Reichelt scored for the home squad while James Younghusband tallied for the visitors.

It was the home squad that were threatening early after a Reichelt through ball to OJ Porteria saw the attacker hitting the side netting in front of goal.

Davao took the momentum when they attacked and hit the woodwork in the 13th minute. James Younghusband shot off a rebound but Toni Doblas was there for the fine save. 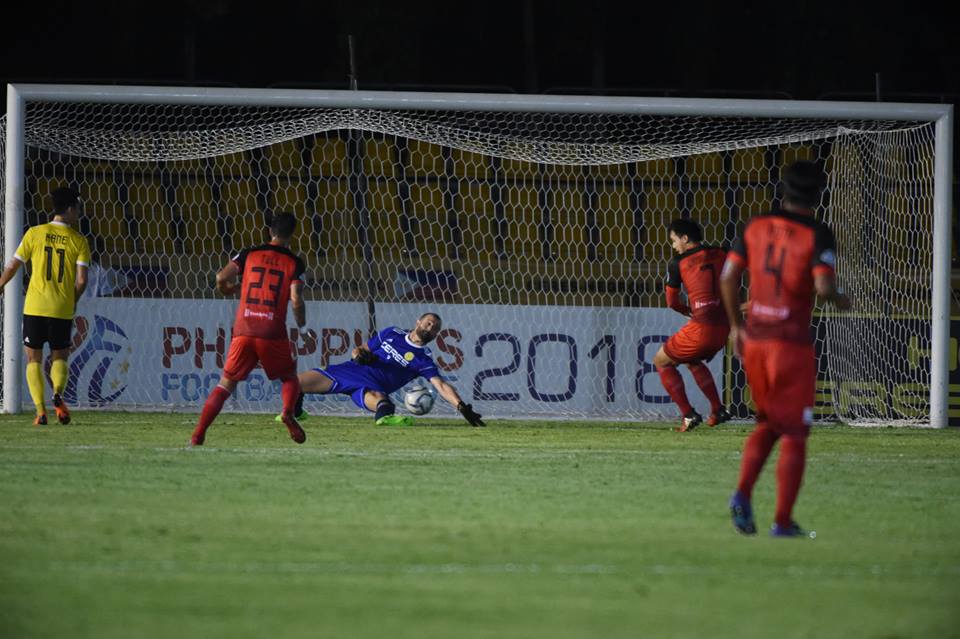 Younghusband wont be denied when he slotted the ball to the back of the net to put the visitors ahead in the 14th minute.

Ceres fought back midway in the half hitting the woodwork on their own. Porteria shot from twenty-five yards to see his shot bounce off the crossbar. Stephan Schrock tried from long distance but his attempt went wide. 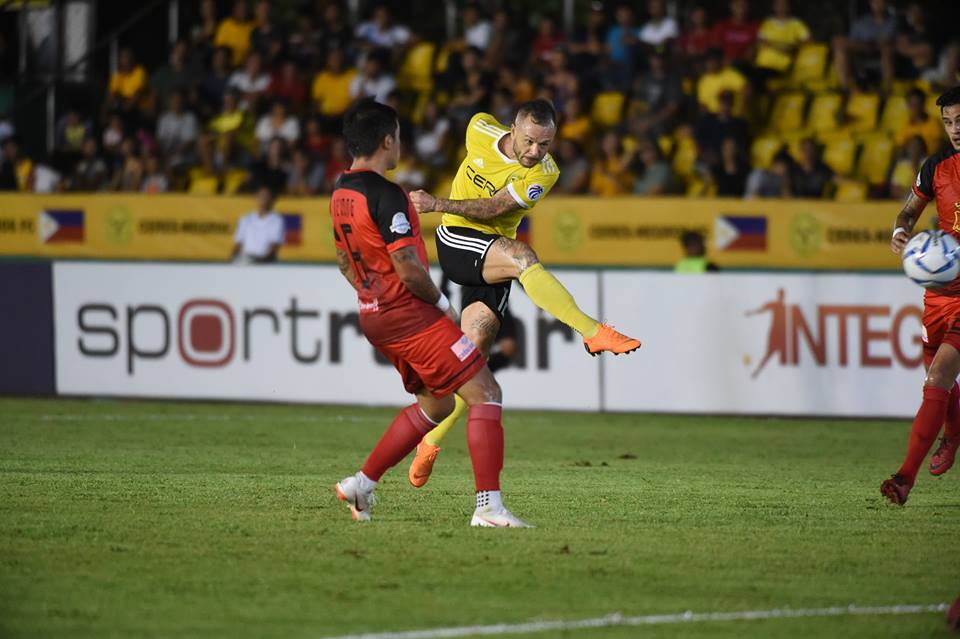 It was in the 28th minute when the Busmen earned the equalizer when De Murga latched on a deflected ball to shoot past the keeper for the equalizer.

Negros almost had twin chances to score in the 33rd but Reichelts header of a Kevin Ingreso free kick was tapped. Schrock recovered the ball on the line and released to Ott whose header was cleared in front of goal.

Porteria had another chance in the 40th minute but Rowel Bayan made a good reflex save. Takashi Odawara had a point blank shot minutes later but Doblas made another fine save just before the halftime whistle. 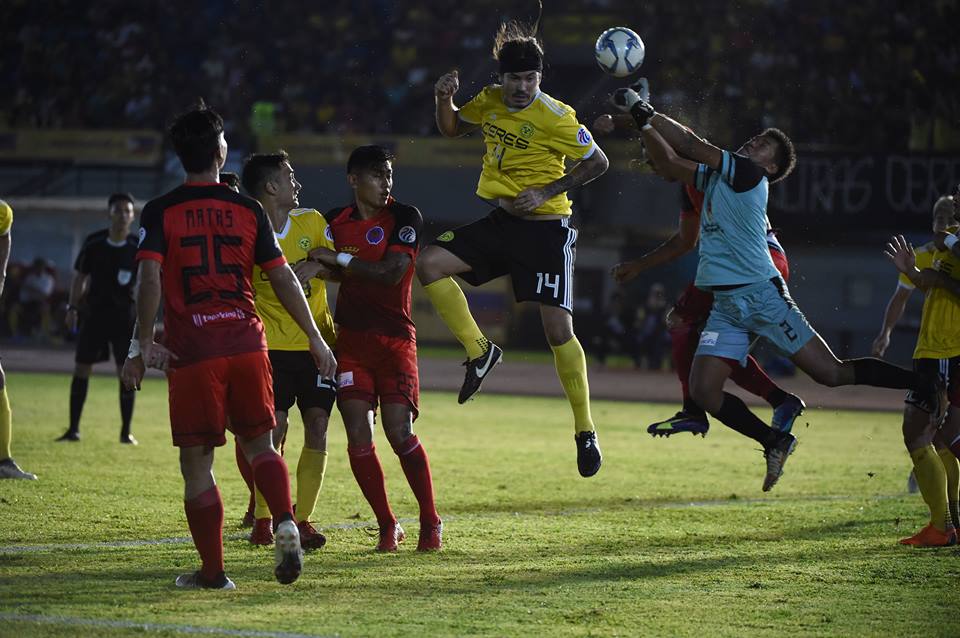 Ceres-Negros was determined to get a winner in the second half and almost did when De Murga’s header was saved by the keeper. Martin Steuble sent a cross towards goal in the hour mark but none of his teammates could connect.

The home squad pushed in the final fifteen minutes which saw Mike Ott’s shot palmed out for a corner in the 76th minute. Ceres would hit the crossbar minutes later but they wouldnt be denied in the 78th minute.

A through ball by substitute Takumi Uesato towards Reichelt saw the winger race towards the opposing goal before shooting past Bayan for the go ahead goal. 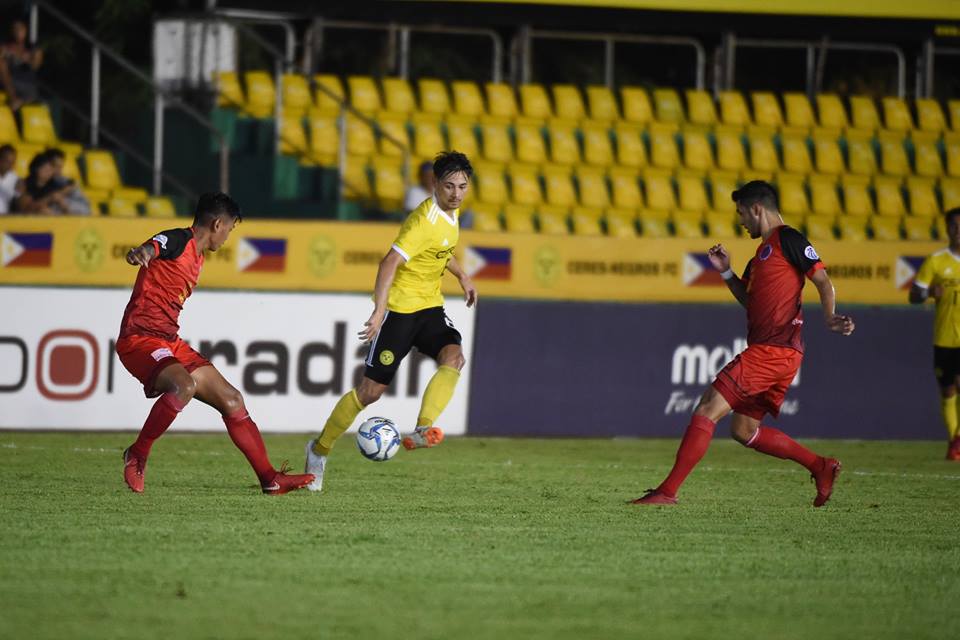 The defending champions had twin chances late in the match but attempts from Uesato and Ingreso were dealt with by the defense. The match ended with Ceres-Negros earning its third consecutive win over the Aguilas.

“Overall the whole team showed character. Especially now on the tight schedule, its very hard,” said man of the match Patrick Reichelt. “I think its excusable that we can always be fully one-hundred percent. It took us today ten minutes to fully show our focus. In the end it was a well deserved win at home,” he added. 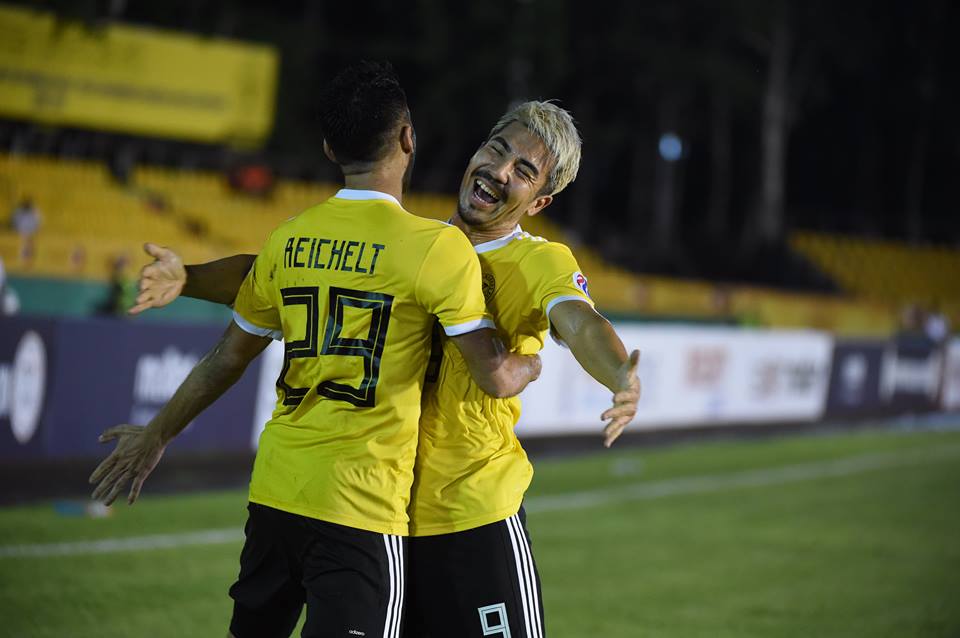 Ceres-Negros will move on to the final game of a six game stretch over eighteen days and will end in Iloilo on Saturday. When asked about his team’s preparation for the final game, Ceres Coach Risto Vidakovic was very straightforward in his response.

“We cannot prepare. We didn’t prepare any game. I’m just proud of my players because they fought (today). We are trying to do what we usually before do but we don’t have time to train. Its not possible to prepare any game.”

“Its a very big risk for injuries. Somebody has to think about that. I just give some advice. It’s not up to me. I think we showed to the crowd good football today. The players gave everything and were really professionals. I’m very proud of them,” he added.

Ceres-Negros will face Kaya Iloilo on Saturday June 9 at the Iloilo Sports Complex.