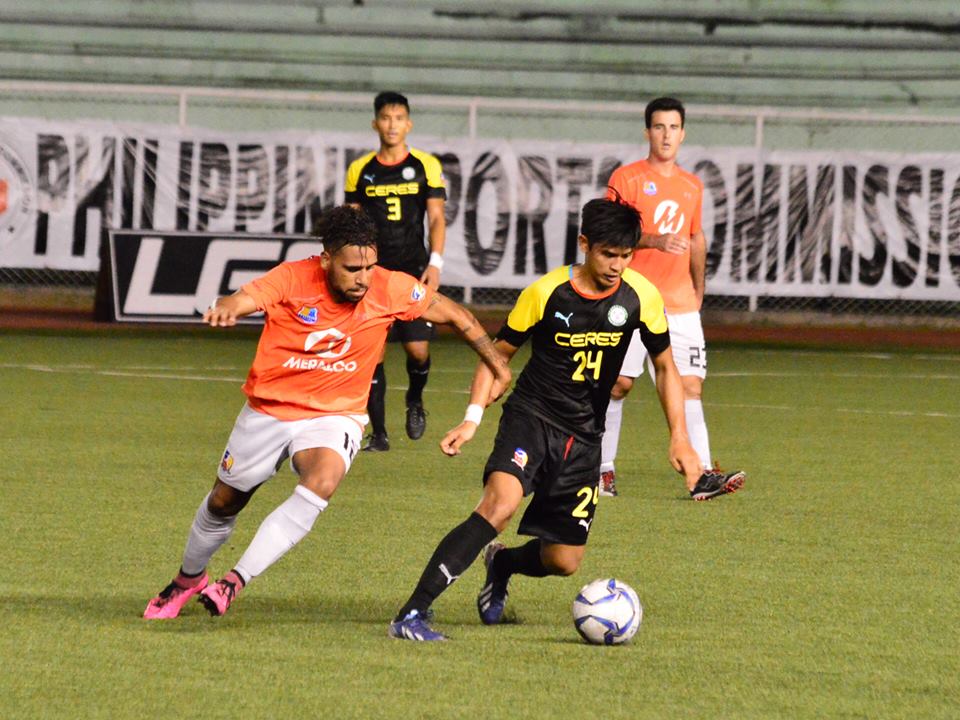 Its now or never for Ceres-La Salle FC as they try to secure the second spot against a resurgent Loyola Meralco FC on September 24. The Bacolod squad, coming off an added time loss against Kaya FC, is also keen to launch a last ditch attempt on the title as Global lost against JP Voltes in midweek action.

The Busmen has had a disappointing stretch of results in the second round after losing against Green Archers, Kaya, and drawing with Stallion. The loss of points dampened the squads’ title aspirations and opening the door for other teams to get ahead in the table.

Loyola just came of a character win against a tough JP Voltes squad making themselves the best club to snatch the title away from Global. Phil Younghusband was instrumental in their 3-2 win against the Japanese-flavored side and is a man to be marked by Ceres. Their first encounter in late April saw Loyola winning 3-2 against Ceres, dealing the defending champions their first loss in the league. The squad is still without Nate Burkey and Patrick Reichelt who are still nursing injuries.

Ceres must rediscover their winning form in order to avenge the first round loss and stamp their authority in the second spot. Loyola is temporarily in third place with 34 points leading by two against the Bacolod squad who is in fourth. JP Voltes is in second spot with 35 points but have played two games more than Ceres and Loyola.

The match kicks off on Saturday, 4pm, in the Rizal Memorial Stadium.