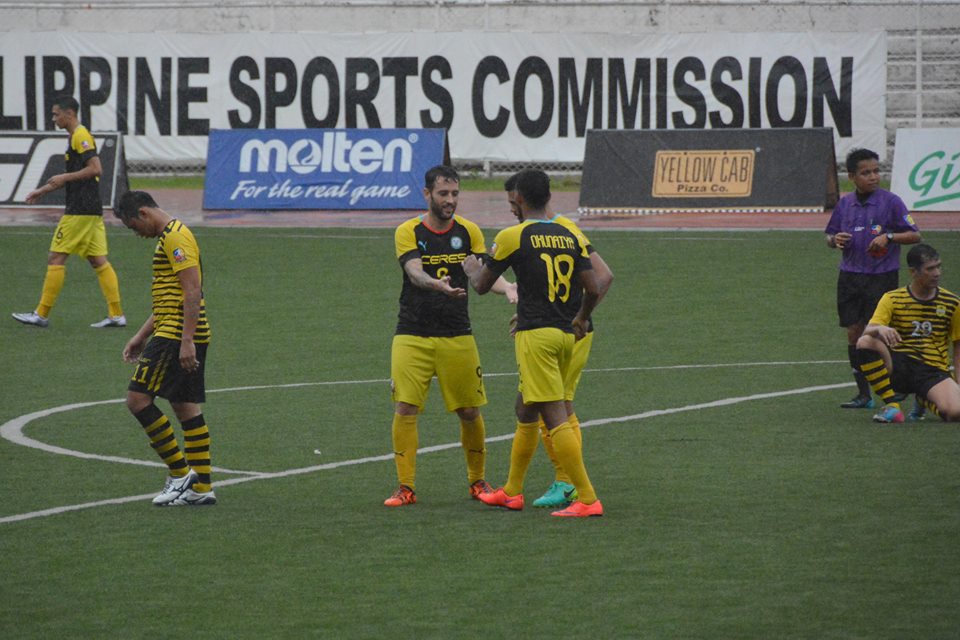 Ceres-La Salle FC will complete their September schedule when it faces Laos FC on September 28 at the Rizal Memorial. The Busmen are keen to maintain their winning ways after the drubbing of Loyola last weekend.

The Bacolod squad will seek the mastery of Laos who was blown out in their last encounter with an 11-0 scoreline. Adrian Gallardo top-scored in that affair scoring six against the former Division two champions last July 7. Laos just came off a 8-0 drubbing against Kaya last weekend and have yet to secure points in the second round.

Ceres will now try to reinforce their position in second place with only two remaining games in the league after this midweek clash. Being level in points with JP Voltes and with only a one point lead against Loyola, the 2015 league champions will fight for the remaining AFC Cup slot having Global and JP Voltes as their final two opponents by late October. The match with Laos FC kicks off on Wednesday at 130PM.