Marañon: We have to give one-hundred percent 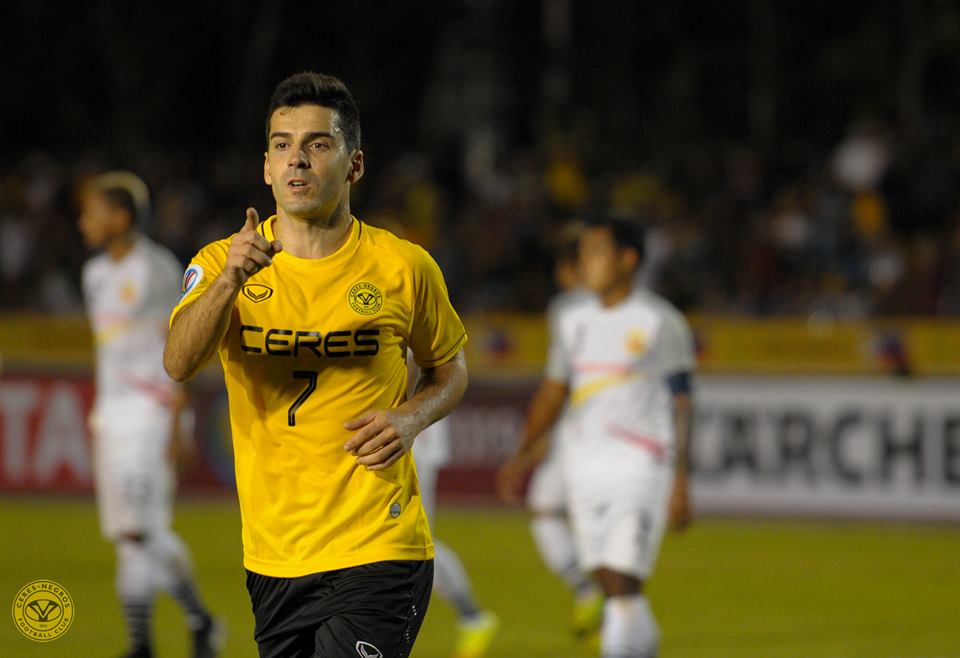 Bienvenido Marañon isn’t the type to shy away from big games as seen in his career in Asia. The Ceres star enjoys the opportunity especially against the region’s biggest clubs and is looking to play them at home in Bacolod.

“We know that they are a really good team but we are playing at home and we have to show them what we can do,” said the Spaniard when asked about his team’s approach in matchday three of the competition.

The former Cadiz player is looking at the game the same way that he has done with the others.

“For me there is no pressure,” said Marañon “Normally, I play football to enjoy and I continue to be in the same way. Because if we play against a very good team like Persija Jakarta, we just enjoy.”

“Also we are lucky to win against Johor (Darul Ta’zim) and Hanoi so I think we continue the same way. We have to enjoy and if anything happens, it’s okay. We just have to give one-hundred percent and enjoy the game. Nothing else,” he added.

Marañon and his teammates will have that chance when they take on Persija Jakarta on April 3 at the Panaad Stadium. Kickoff is set at 730PM with the match shown live via 5PLUS (formerly AksyonTV) and Fox Sports.