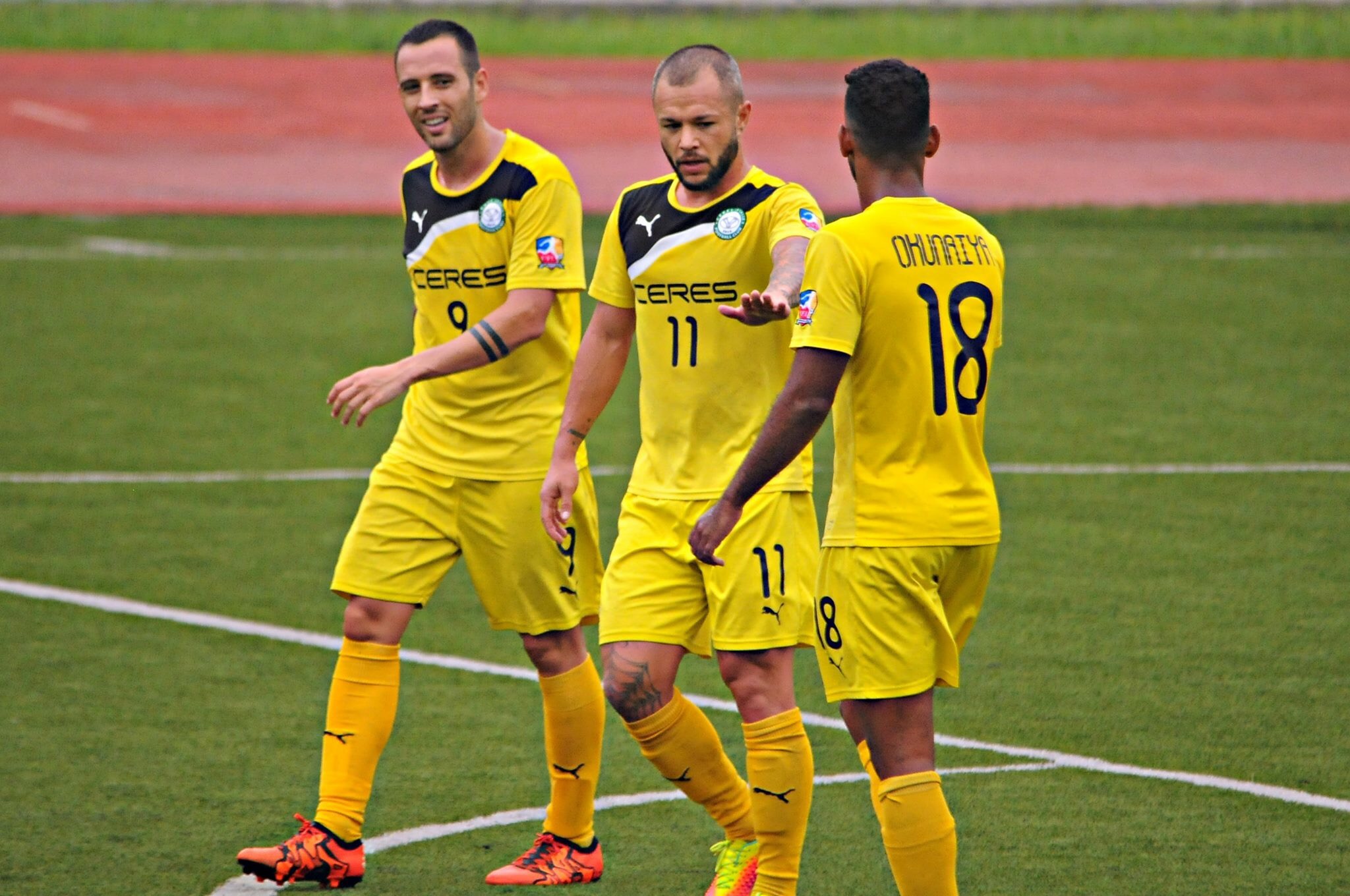 Ceres-La Salle continued it winning form after an 8-0 rout over Laos FC. The Busmen scored five goals in the first half and finished the match with a three-goal blitz in the final ten minutes.

Orman Okuinaya opened the scoring in the 15th minute after a brief resistance from the Laos squad. Stephan Schröck would open his account in the 27th after heading in a cross from Adrian Gallardo. The Spanish striker would get his own after a brilliant chip in the 36th. Jeffrey Christaens scored in the 43rd after a good solo effort while Gallardo would get his brace in stoppage time to close the half with a 5-0 score.

The Bacolod squad started strong in the second forcing plenty of saves from Jun Tripulca. The Laos keepers played very well for a long period stopping Ceres from scoring for more than half an hour. His efforts were erased in the final ten minutes when Nate Burkey converted a pass from Schröck in the 81st and Schröck completed his hat-trick in the final five minutes.

Ceres will continue their quest to finish second in the league which rewards them an AFC Cup slot in 2017. They will meet Global on October 16 and complete their league assignments versus JP Voltes on the 23rd.