Hanoi pegs Ceres-Negros to a 1-1 draw in Panaad 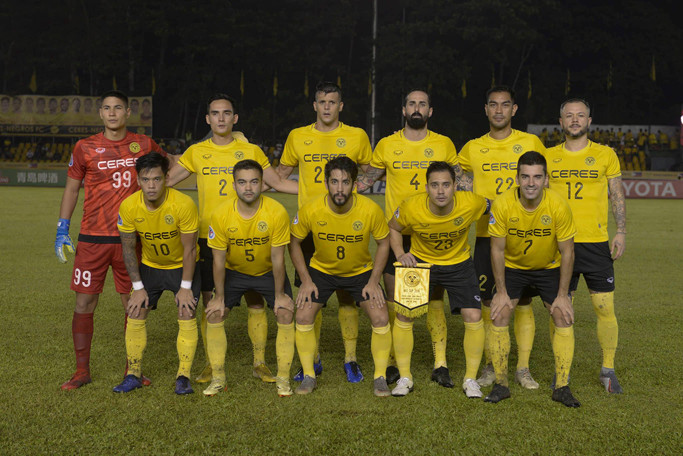 Ceres-Negros FC settled for a 1-1 draw against Hanoi FC in the first leg of the ASEAN Semifinal of the AFC Cup last June 18 at the Panaad Stadium in Bacolod City. Bienvenido Maranon and Pape Omar were the goal scorers in the fierce knockout battle.

Both teams lived up to the hype as the favorites in ASEAN and the first match showed the quality in tie. The Busmen had the first chance on goal when Omid Nazari teed up Miguel Tanton but the shot was easily collected by Van Cong.

Nguyen Van Quyet had a glorious chance minutes later but his shot was blocked. Nguyen Quang Hai got the rebound but he couldn’t hit the ball well to bother Muller.

The two squads struggled in the wet conditions which saw a tight midfield battle in the pitch. Yellow cards were given out to Alvaro Silva, Super, and Do Duy Manh midway the first half in the very even half.

The Philippine champs had the best chance in the 34th minute when a cross from Sean Kane met Maranon whose quick shot was blocked by a foot save from the keeper. Mike Ott almost broke the deadlock but Van Cong did very well for the fine save. 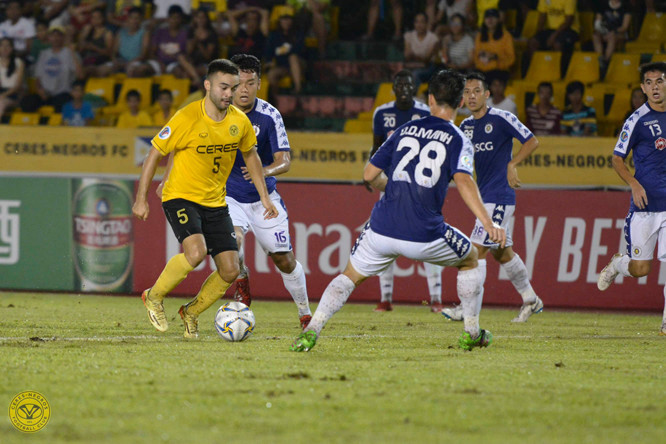 Do Hung Dung almost had the chance to steal the match but his finish saw the ball sail past the second post. An impulsive shot from Maranon in injury time hit the arm of a defender in the box but no call was given by the officials. Both teams finished scoreless at the break.

The tight midfield battle continued on into the second half until the 58th minute when Stephan Schrock sent a perfect ball to Maranon who picked out the bottom corner to send the Panaad fans into raptures. 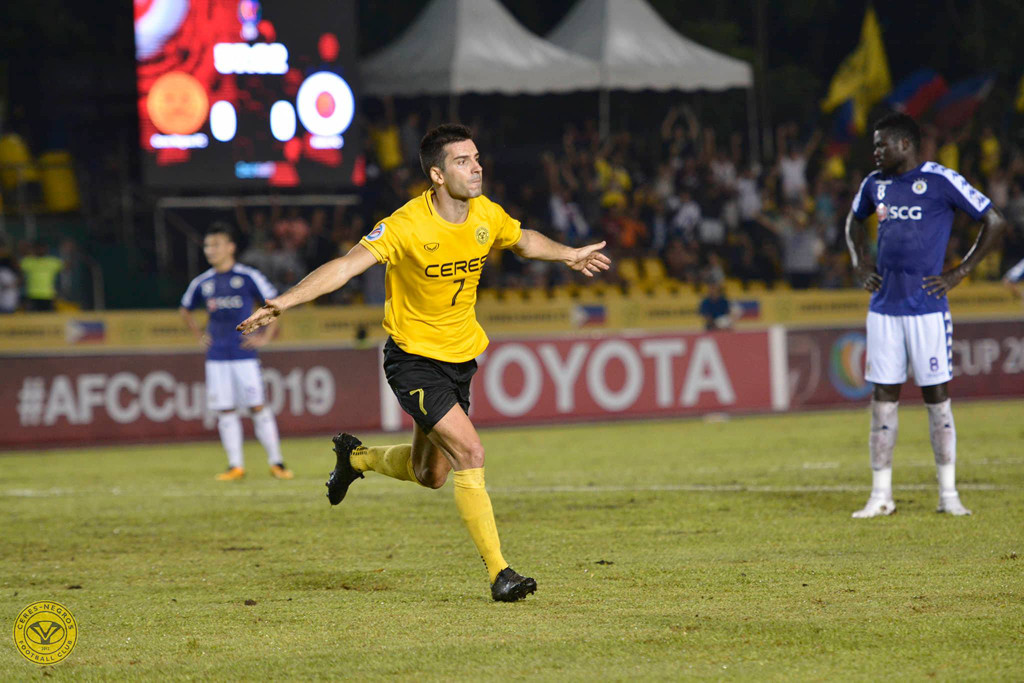 Hanoi had their own chance to equalize but Gyanu Oseni’s shot was saved by Roland Muller and the follow up hit the side netting. The visitors were getting more dangerous and were rewarded in the 67th minute when Pape Omar converted from short distance.

A through ball landed to Van Quyet who was somewhat on an offside position which allowed him to lay off to substitute Phan Than Luong who squared it back to Pape who made no mistake. 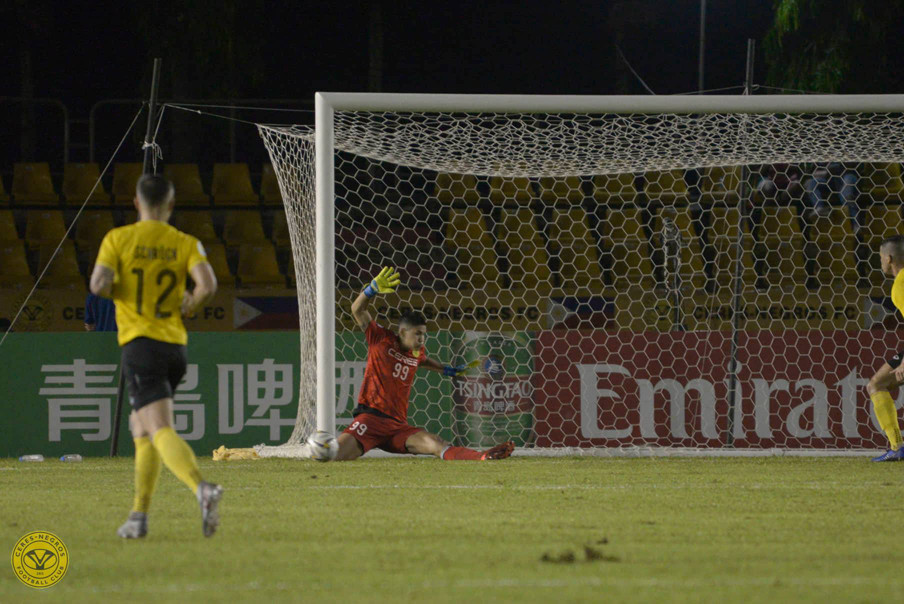 Substitute Samson broke free from the defense in the 76th minute allowing him plenty of space to shoot but Muller produced another fine save to deny the visitors. Both teams fought hard to get another goal but the best chance came to Ott in the 90th minute but his left footed shot off a Maranon pass was wide of the target.

The semifinalists battled hard in added time but it wasn’t enough as it finished 1-1 in the first leg. Both teams will again face each other in the second leg in Hanoi on June 25.