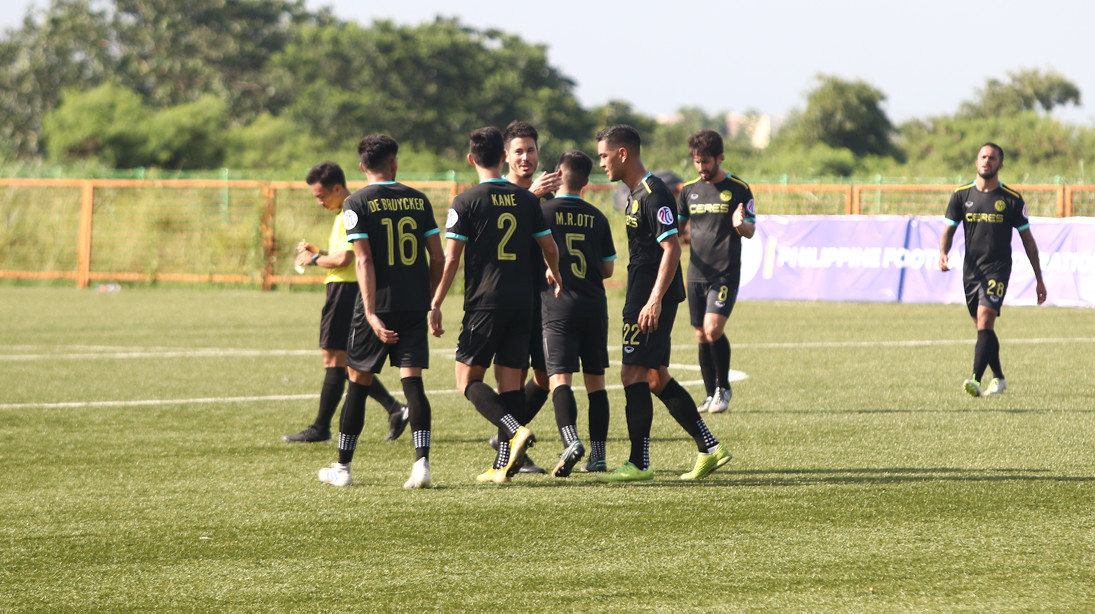 Ceres-Negros FC leaned on a steady first half and a heroic second half from Roland Muller to repulse a dangerous Green Archers United 2-0 last July 21 at the PFF National Training Center in Carmona, Cavite.

The two squads picked up where they left off in their first meeting where it finished 4-3 in favor of the busmen. The cagey start resulted to an own goal by the Archers in the 7th minute. Freddie Lobe Mband cleared a Stephan Schrock cross into his own net to make it 1-0.

Dylan De Bruycker set up Mike Ott with a through ball in the 15th minute but Henri Bandeken Fong came up with the big save to maintain the scoreline.

OJ Porteria redirected a Schrock cross in the 20th to De Bruycker but the midfielder’s volley went over the bar. He would have a chance moments later after beating a defender but his eventual shot was saved by the keeper.

Green Archers had their best chance in the first half with a free kick towards John Celiz but Muller came off his line to pick the ball away for the United attacker.

Ceres-Negros doubled the advantage in the 28th when Mike Ott unleashed an inch perfect strike from the edge of the box to make it 2-0. The ball hit the inside of the post and in to the delight of a small group of Ceres-Negros fans. 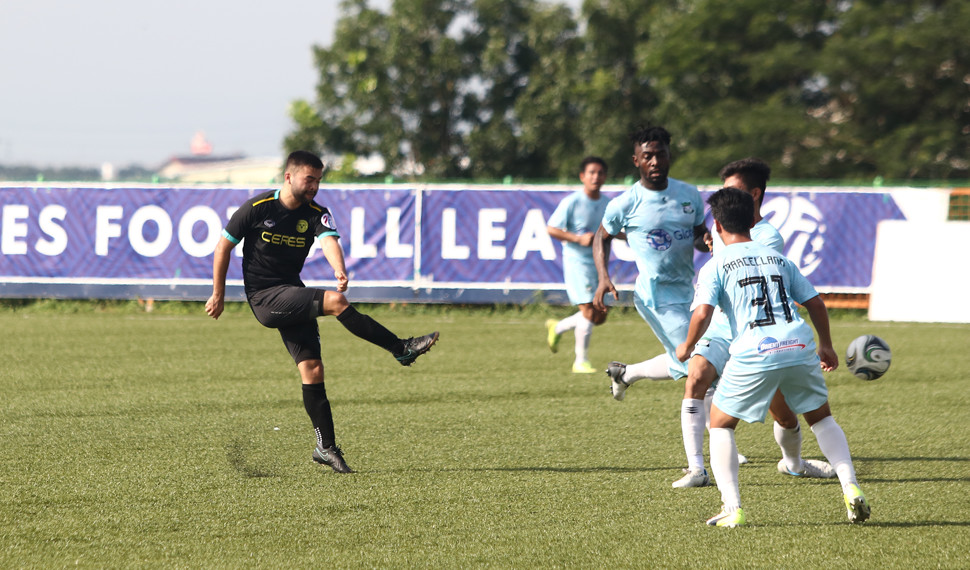 The Archers had the final chance near the end with another free kick from Paolo Bugas but Marvin Angeles’ header was off target. The half would finish with the Busmen having the advantage.

The second half started the same way as the first as both teams looked to score early. Substitute Lucien Okono broke free from the back line before he released to Bugas in front of the goal. The former FEU standout shot well from point blank but Muller was equal to the effort with a critical stop.

Porteria broke through the lines before the hour mark but Bandeken Fong did well to save the scoreline. John Celiz had a golden chance to get a goal back after beating the trap but Muller made another fine save.

The Ceres-Negros keeper would be called into action minutes later from a shot from Angeles but he palmed the ball wide for a corner. It was nine minutes from time when Muller stamped his man of the match performance after blocking a shot from an unmarked James Kim inside the box.

Stephan Shrock had a good chance in the 89th minute to add another for the Busmen but the Archers keeper had other ideas. Charles Ivan Barberan made his debut in injury time to replace Schrock on the pitch

Angelo Marasigan sent a dangerous ball in the box in the final minute but the defense cleared it to safety. The referee blew the final whistle with Ceres-Negros earning its seven straight win an extending their unbeaten run to eight matches.