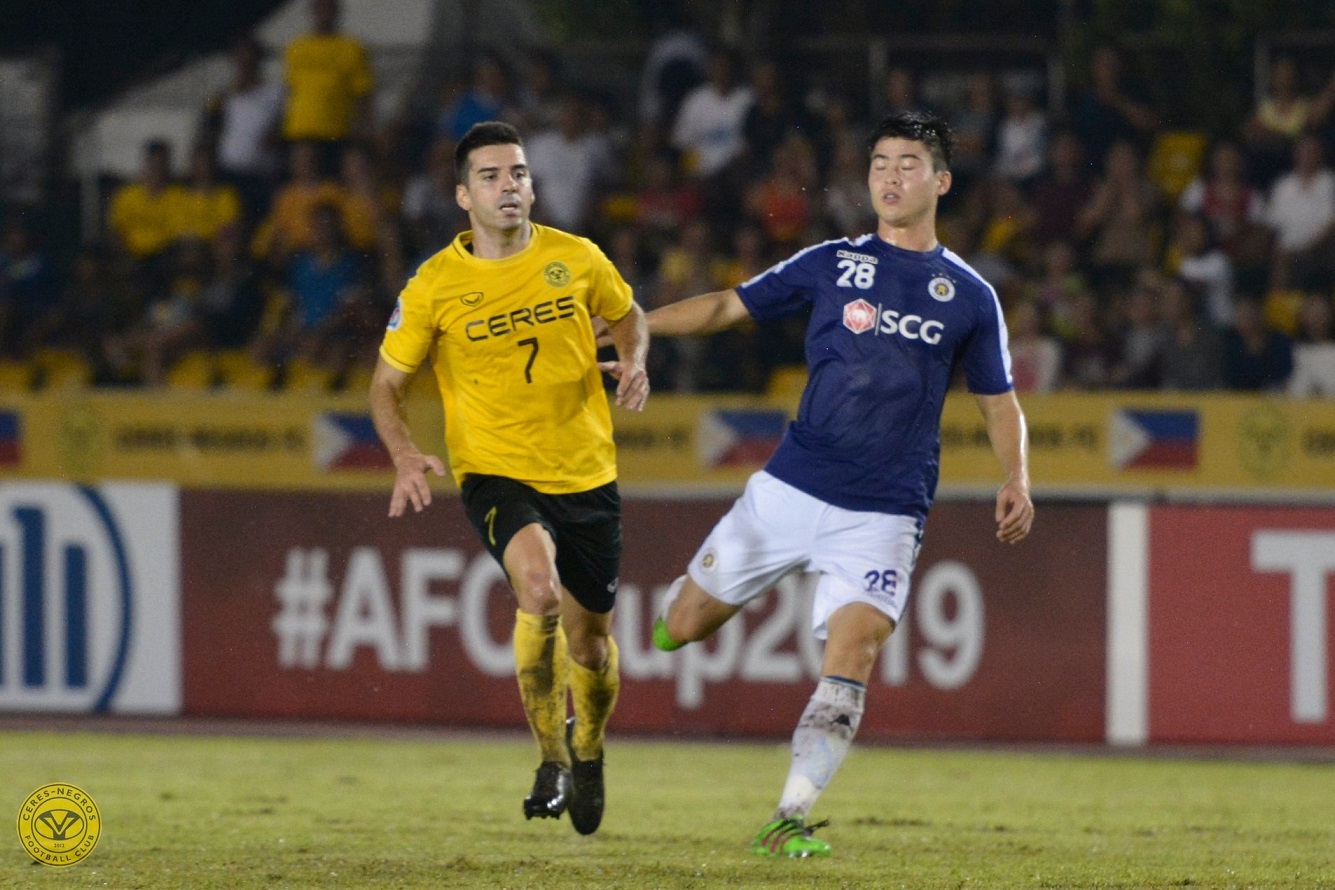 All roads lead to Hanoi as Ceres-Negros FC attempts to reach the ASEAN Final of the AFC Cup when they face Hanoi FC in the second leg of the Zonal semis on June 25 at the Hang Day Stadium in the Vietnamese Capital.

The two giants played to a 1-1 draw in Panaad where the saw goals from Bienvenido Maranon and Pape Omar in the second half of the match. The Home squad has the slight edge from the first leg after scoring an away goal in Bacolod.

The busmen have the challenge to take back the away goal disadvantage when they play their first match in Hanoi FC’s home stadium. The Philippine champs have won all of their away matches and have scored more than three goals on average.

Though they topped their group, Hanoi FC have already lost at home in the group stages when they faced Yangon United last April 2. They however returned the favor in Yangon by winning 5-2.

Ceres-Negros had a memorable time in Hanoi two years ago in their opening match in the 2017 AFC Cup. The Philippine club shocked the hosts in My Dinh Stadium with an early goal but the Vietnam champs fought back to secure a 1-1 draw.

Though there is already some history and statistics for both clubs, Coach Risto Vidakovic is looking at the forthcoming game as a new challenge and anything can happen in the tie.

“Tomorrow is a new game and I think everything is open like before,” said Vidakovic. “For me Hanoi is the strongest team that we played this year. But I think we are also a strong team and we will see a good fight.”

Ceres-Negros and former Hanoi defender Alvaro Silva also echoed his coach’s “It will be a difficult game. Like Coach said it’s open. I think 50-50 and I think any of the teams can go through the final,” said the Philippine International.

A 0-0 result will be enough for the home squad to go through while a 1-1 result will push the game to extra time. Should both teams still finish with only one goal apiece, the match will go to a penalty shootout.

Hanoi’s Gyanu Oseni will be unavailable for the second leg after injuring his knee in the first but the home team has the luxury to field in reinforcements in his place. Ceres will have the same lineup available for the away match.

The second leg is set to kickoff at 7PM local time (8PM PHL time). It will be shown on Free TV channel ESPN 5 PLUS and the ESPN5 YouTube channel. Premium cable channel Fox Sports 2 will also air the match.