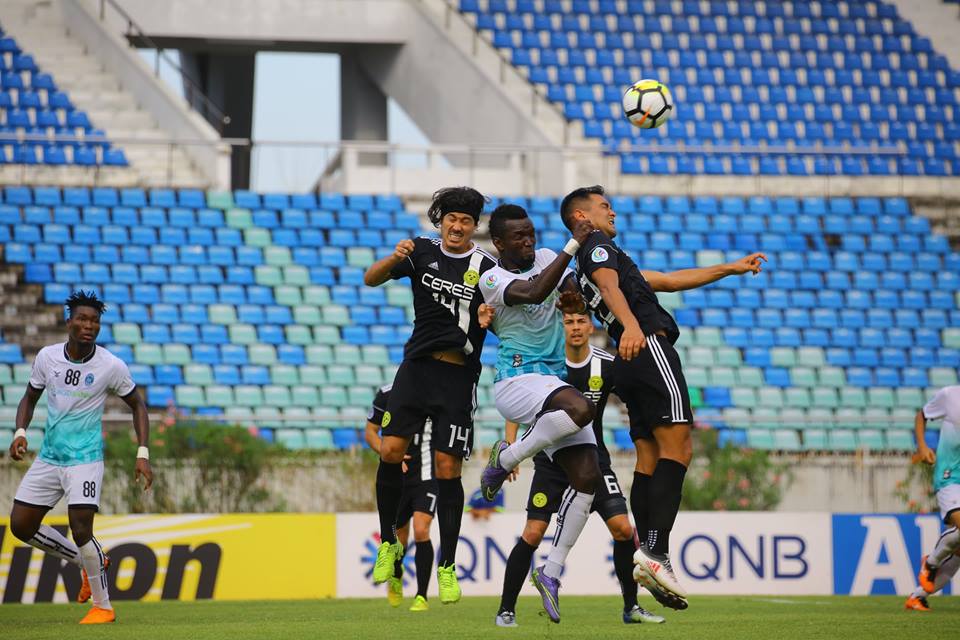 Ceres-Negros broke through the ASEAN Zone finals after a 2-3 saw them progress via a 5-6 aggregate win over Yangon United last May 16 at the Thuwunna Stadium in Myanmar.

The second leg had a thrilling finish with Yangon pushing for an aggregate tying goal deep in the match but the busmen held on to earn the chance to defend their zonal title.

Yangon had a dream start in the second minute when Kosuke Yamazaki blasted a ball to the far post to open the scoring for the Burmese squad.

Ceres-Negros responded quickly minutes later when Manny Ott won a ball from Lin Aung before releasing to Stephan Schrock who beautifully returned to ball to Ott. The midfielder made no mistake and fired past Kzaw Zin Htet for the equalizer.

Schrock almost made it two for the visitors minutes later but a good save from the kept the Filipino squad at bay. Ceres-Negros controlled the action in the remaining half and tamed chances from the home squad.

Ceres almost conceded early in the second have when Sean Kane lost possession after an Emmnuel Uzochokwu challenge. The striker rushed to the but Doblas cleared the ball into space. Maung Maung Lwin recovered the ball but his shot to the open goal was wide.

The action picked up in the final minutes when Ceres-Negros went ahead via a Bienvenido Maranon goal in the 79th minute. The striker tricked the Yangon for a cross before poking it to the back of the net for the 2-1 lead.

Celebrations were however cut short as Maranon was shown a red card after talking to his defender who dogged him all day long.

Yangon would equalized in the 83rd minute after Aee Soe smashed the ball to the top corner after a poor defensive sequence from the Ceres defense.

Things would turn from bad to worse from Ceres as a penalty was awarded to the home squad when a shot hit the outstretched arms of Carlie De Murga in the 86th minute.

Sekou Sylla would convert in the 87th minute with the home squad given hope after the fourth official declared seven minutes of extra time. The busmen however held on to avoid extra time and book their return to the finals.

“We played very good in the first half. We controlled the game basically. The second half was difficult because we had a game last Saturday. Because in this weather you can expect everything.  Its not about your talent, its more about how you feel and how you can run and keep up,” said Ceres Coach Risto Vidakovic.

The Ceres Coach lauded his players for their performance despite being caught in an unfavorable situation in the days leading to the match.

“We had to play a game and we had to travel. We hoped to get a little help with our situation but didn’t get any. But I’m proud of my players that they did everything to get to the Finals and they deserve it,” he added.