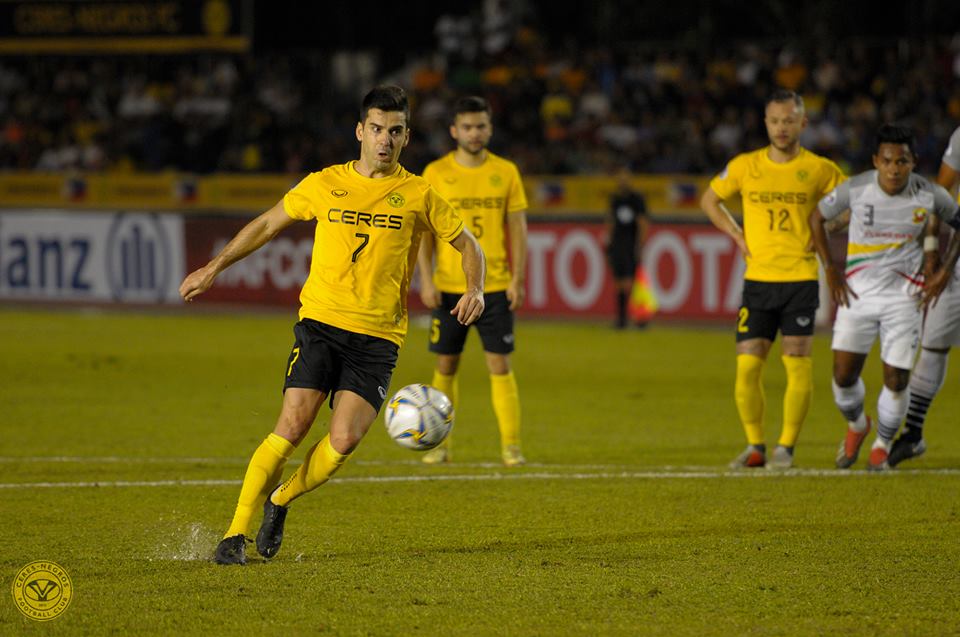 BACOLOD CITY, Philippines – A top of the table clash is in the cards as Ceres-Negros hosts Indonesian powerhouse Persija Jakarta on April 3 at the Panaad Stadium in Negros Occidental.

The Philippine champions will face an Indonesian team for the first time in history with the visitors eyeing to snatch first place in the group when they visit Bacolod.

Ceres-Negros has been steady on their first two matches after they edged Shan United with a 3-2 victory at home last February 26 and stunned Becamex Bin Duong with a crucial 3-1 victory away in Vietnam.

Bienvenido Maranon’s heads up play which led to the opening goal set the tone for his hat trick made possible by the team’s wonderful performance in both halves.

Persija meanwhile is also unbeaten after goalless draw against Becamex in the Gelora Bung Karno while they are still one-hundred percent in away games after dispatching of Shan United in Yangon after conceding early to secure full three points.

Brazilian midfielder turned striker Bruno Matos headlined the win with two consecutive goals to snatch the life out of Shan while French forward Steven Paulle scored the other for the capital club.

Ceres-Negros is on top of the table with six points followed by Persija who was four points. Persija comes in with better match fitness than Ceres after they concluded their pre-season tournament with a draw last March 28.

The match will also feature national team stars for both squads with Indonesian legends Bambang Pamungkas and Ismed Sofyan traveling to Bacolod together with young playmaker Riko Simanjutnak.

Both teams will face each other in consecutive matchdays with the Jakarta leg set on April 23 at the historic Gelora Bung Karno Stadium in the Indonesian capital.

Kickoff is set at 730pm at the iconic stadium with the match shown live on 5PLUS and Fox Sports (1). Livestream will also be available via the 5PLUS website and ESPN5 YouTube channel the Philippines.