A battle of epic proportions is set as Ceres-Negros FC collides with Hanoi FC in the ASEAN semifinal of the AFC Cup on June 18 at the Panaad Stadium in Bacolod City.

Both teams topped their respective groups to make it to the knockout rounds to renew their rivalry from two years back when they first met in the competition.

The two teams have met twice in the 2017 edition where the busmen produced a 6-2 victory in Panaad to clinch qualification to the knockout rounds which eventually saw them reach the Final to be crowned the inaugural champions of the ASEAN Zone.

This time however, Hanoi FC returns with a stronger lineup which scored twenty-three goals in the group stages. Naturalized player Samson will return with mainstays Pham Duc Huy and star Nguyen Quan Hai. They will be complimented with top imports in Moses Oloya, Pape Omar Faye, and AFC Cup joint topscorer Ganiyu Oseni. 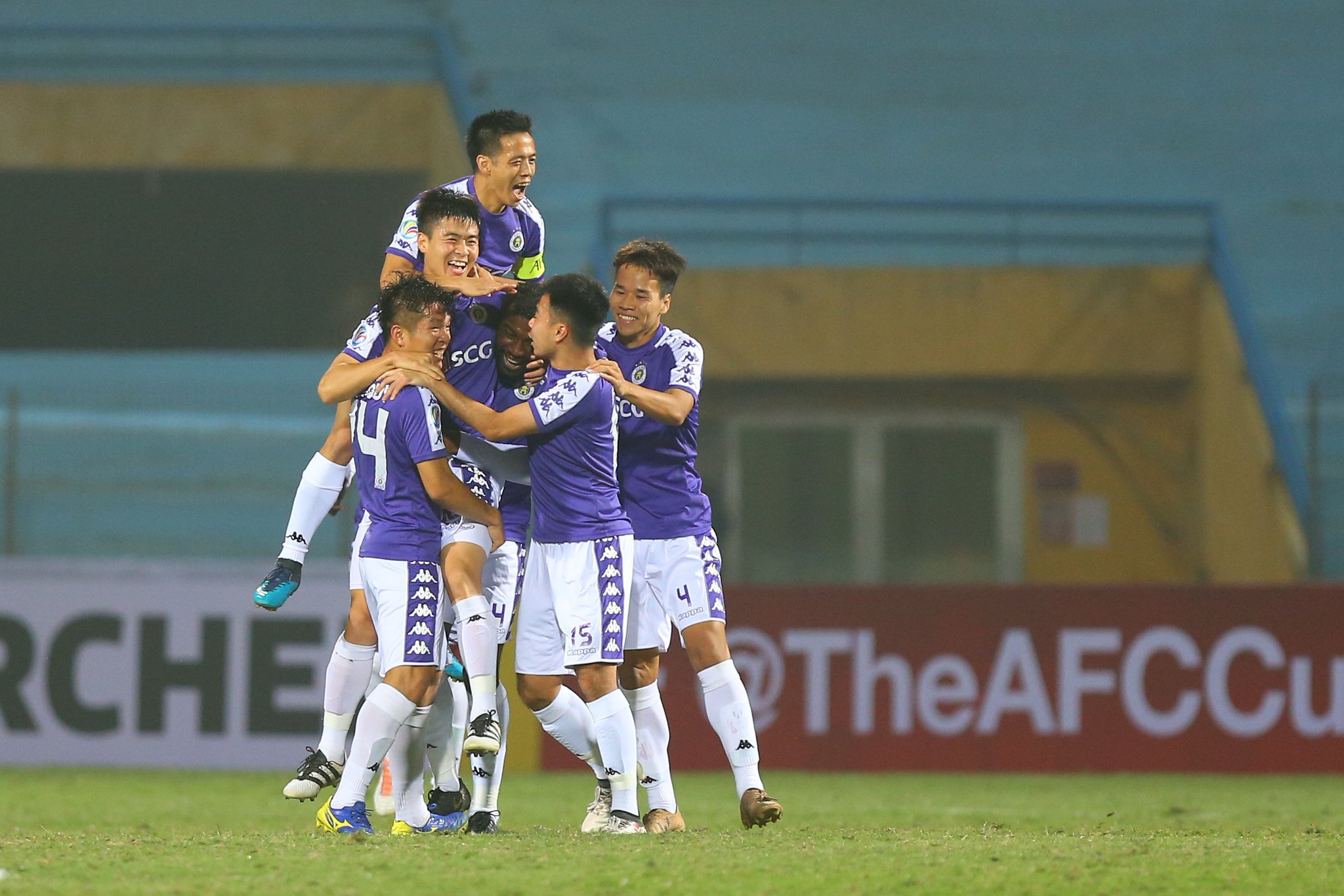 “This year we prepared very well, and we know Ceres is a good team in the AFC Cup and the domestic league,” said Hanoi Coach Chu Dinh Nghiem. “We have seen the team play against Shan United and Becamex Bin Duong and we will find the best solution to play against them tomorrow,” he added.

Midfielder Do Hung Dung is more confident this time around together with his other teammates in the National team after featuring in the AFF and Asian Cups a few months ago. “The competition we had was very good as have more experience playing against them. We have played against the Philippines twice in the Suzuki Cup so its good for us,” the midfielder added.

Ceres-Negros meanwhile will parade their best lineup against the Vietnamese giants led by joint topscorer Bienvenido Maranon and Stephan Schrock who will meet Hanoi for the first time in continental competition. Filipino Internationals Mike Ott, Curt Dizon, and Hanoi alum Alvaro Silva will also feature for the Philippine champs.

“This is our third time to play in the semifinals and this time the opponent is much bigger much, stronger,” said Ceres-Negros Coach Risto Vidakovic. “Of course, it’s a very big game for us and we want to be in the Final again and both teams will fight for that. For me, Its the final before the final.”

“They are one of the strongest in Southeast Asia and its very difficult to prepare for something like that but we already have our style, we know how we have to play, and we are playing at home. Of course it’s a difficult game for us but the motivation is very high and I’m sure my players will give everything in the game tomorrow to reach the finals,” the longtime mentor added.

There are plenty of subplots going around the titanic semis matchup. Philippines Captain Stephan Schrock will tangle with longtime Vietnam Captain Nguyen Van Quyet while AFC Cup topscorers in Oseni and Maranon will try to break their deadlock of nine goals in this years competition. Ceres defender Alvaro Silva will face his former team which he featured against Ceres two years ago.

Festivities will start at 7PM in the Panaad Stadium with the match shown love on ESPN5 Plus free TV channel and ESPN5 YouTube channel. Match will also be shown in premium cable channel Fox Sports 2. Both teams will play in the return leg in Hanoi on June 25.

Photos from the AFC Cup and Ceres Negros FC